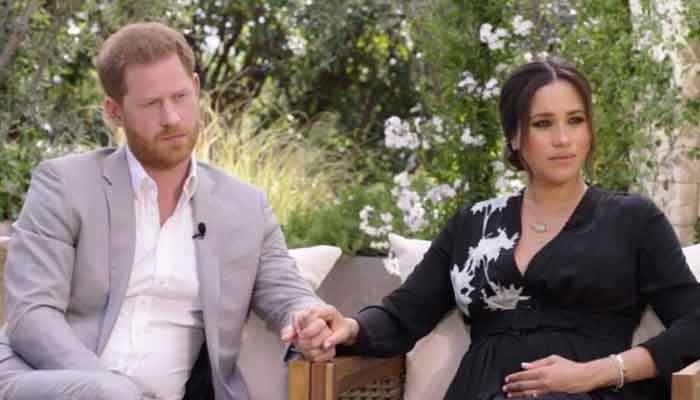 The first special teaser of Meghan Markle and Prince Harry interviewing Oprah, which lasts 90 minutes, has come out, showing the Duke and Duchess of Sussex in elegant dresses.

The Duke looks confident in a formal dress, while his pregnant wife Meghan is seen sitting next to him in a black floral dress.

You can only see Winfrey and Harry talking in the first two promotions, with Winfrey provoking shaky revelations. “You’ve said some pretty shocking things here.”

The clip, which broke the Internet, shows Harry sharing the details of the fate of his late mother, Princess Diana.

“My biggest concern was the history repeating itself,” he says. “I’m very relieved and happy to be sitting here, talking to you with my wife by my side because I can’t begin to imagine what it must have been like for her going through this process on her own all these years ago.”

The interview comes a year after the couple moved to the US and became independent from the royal family. The March 7 interview will air weeks after Buckingham Palace confirmed that Meghan and Harry would not officially return to their royal roles.

According to CBS, the interview will see Winfrey talk to the Duchess about everything from entering life as a royal, marriage, motherhood, her philanthropic work, and how she handles life under intense public pressure.

Prince Harry will also share details about his struggle and talk about his move to the United States and his future hopes and dreams in an exclusive interview with Oprah.