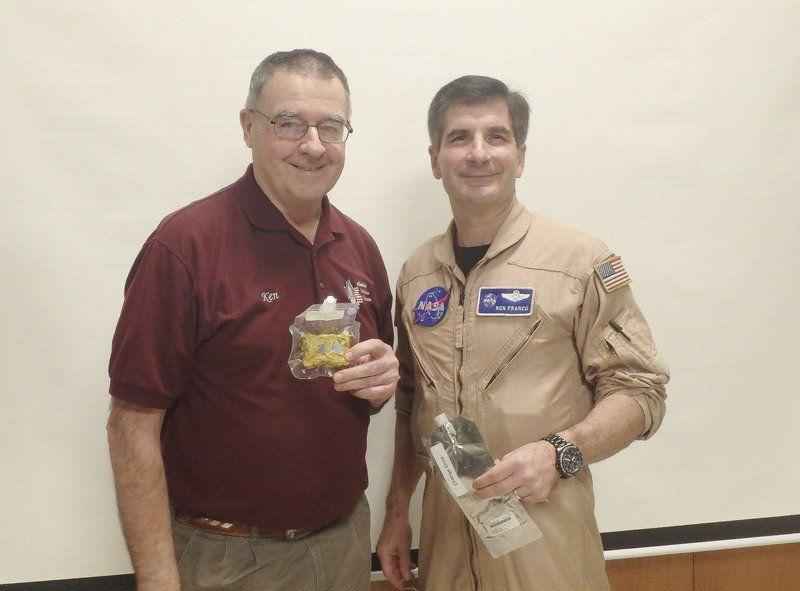 LEWISTON – Two years ago, Ron Franco, a resident of Lockport, participated in the NASA Anonymous Human Research (HERA) program, a space simulation project. In this mission, he and three other participants spent 30 days together in a small module at Johnson Space Center in Houston, who lived the same way as the astronauts of the International Space Station.

The goal of this experiment was to simulate any problems that could occur on a mission and solve them in a simulation before they happen in space. Franco spoke to the public about his experience and was again received at the Messiah Lutheran Church in Lewiston.

"We spent three weeks of training for this," Franco told a crowd of about 30. "After 30 days of simulation, and after a week of medical tests and debate. " After learning the online program, Franco presented his resume and went to Houston to complete a series of physical and psychological tests to prove his physical condition. He was accepted and formed by three other candidates and received his mission.

"There is an asteroid that the Japanese had achieved very detailed digital representations, of any spacecraft that had been launched," Franco said. "At the time, instead of going to Mars, it was politically intelligent to try to go to an asteroid. Does anyone remember this? They looked to redirect an asteroid, if an asteroid was going to hit the Earth, so That is the backdrop of our mission. "

Some of the things that NASA controlled with Franco and his team were related to stress. The simulation would introduce stressors such as the missing tools that the computer should create using a 3D printer. NASA also deliberately kept everyone awake for 39 hours during the return journey of the asteroid.

"We were busy all the time, boys in the space station are always busy," said Franco, explaining that one of the most important problems for astronauts is not sleeping enough. "One of the things that they installed in HERA were some lights that were different colors that simulate tomorrow and afternoon, with the hope that the astronaut's biosystem would begin to adjust more." This technology, according to Franco, will be aboard the International Space Station soon.

Franco said the simulation was real in all aspects, to the food they ate, but one thing was missing. "Gravity zero," said Franco, who explained that zero gravity was also a risk to the health of astronauts. "We decided that (yes) we were going to send a mission to an asteroid, we would have the spin of the module … so it was that we decided that we would have a module of gravity."

Moments before the presentation, Franco said he felt that the space program "turned today" with the emergence of private spaces like Space X and Blue Origin. Later, during Q and A, he said that the freedom of our democracy that allowed these companies to grow was going to keep the United States at the forefront of the field.

"I had the opportunity to travel, not only to the United States, but to the world, and I have not been more impressed with the good reception and the people interested in the space program," Franco said. "I'm sure it's all over the world, but I'm so welcome to the west of New York every time I'm going to talk to people to ask the most amazing questions and they are not only very respectful, they are also very much Knowledgeable. I think having an aviation base here that literally goes back to the Wright brothers has caused West New York to have a knowledge base historically almost insurmountable. "

Franco is also a retired Air Force combat pilot and now works with American Airlines, who will fly with them since 1999.

You can find more information about events in the Lewiston Historic Association on its website www.historiclewiston.org.