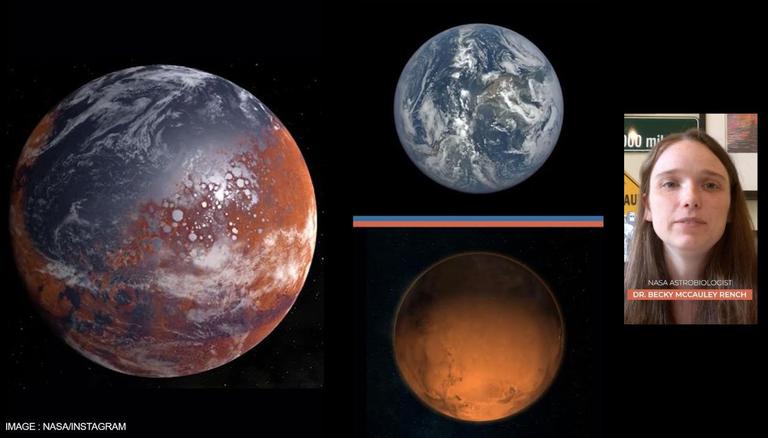 NASA scientist Dr. Becky McCauley Rench, has revealed that the ancient Mars looked like Earth “a long, long time ago.” In a statement on Oct. 15, the U.S. space agency said the Red Planet was not always as dry as it is today, because similarly to Earth, Mars also has stations, polar caps, canyons, and weather. “The ancient Mars may have been wetter and warmer, Earth-like,” Dr. Rench said, adding that once the red planet had volcanoes, floods, and more.

NASA shared an interview with Dr. Rench on Instagram, in which she was asked if Mars ever looked like Earth. The NASA scientist responded by saying, “Yes, we think so.”

How did the two worlds diverge?

According to the official website, Dr. Rench explained that when the solar system was formed four billion years ago, Mars and Earth were made of “the same materials and looked very similar.” He said the two planets are terrestrial, with a central core, a rocky mantle and a solid crust. Rench also added that Mars even had lakes, streams and maybe even a northern ocean.

The NASA scientist went on to say that although the red planet may have once been warm and humid, it is now a cold, dry place. He explained that the Earth progressed with plate tectonics and the development of life. However, “Mars’ geological activity decreased, lost water, and became a much drier planet” over time.

“This shared story is part of why it is so fascinating to study the red planet. Our Mars exploration efforts help us to understand more about the past and future of Mars, as well as to understand the Earth and planetary evolution both in our solar system and beyond, ”said Dr. Well, yes. It’s been a long, long time. ”