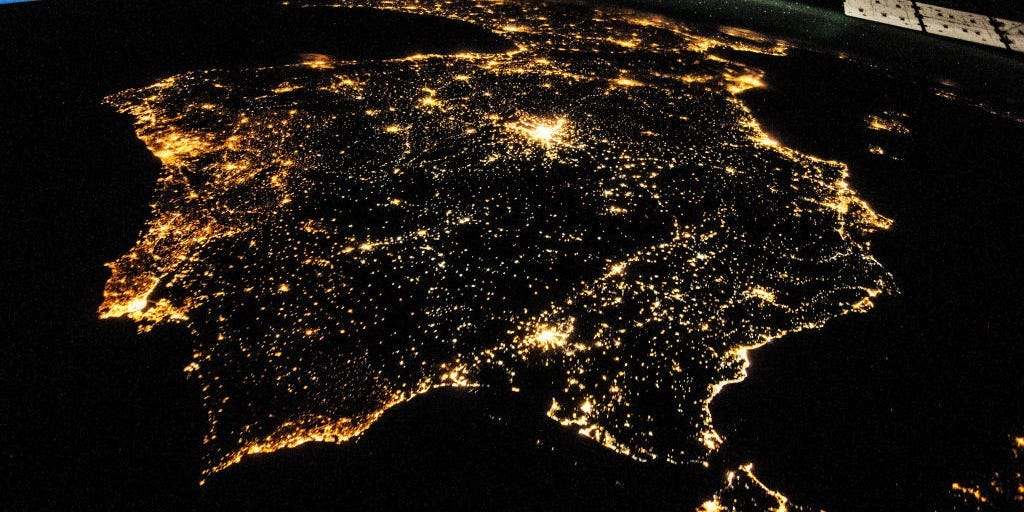 It’s an exciting time to explore technology and space, with innovation faster than ever and new milestones being reached.

NASA’s Perseverance rover, which recently landed on Mars, has recorded the audio of Mars for the first time and taken thousands of stunning images.

Space exploration could also be the answer to a clean energy supply to Earth.

For years, scientists have been researching the possibility of harnessing solar energy from space and using it to power the Earth.

It used to be just a science fiction concept, but now the Pentagon has done it successfully.

The project was launched in May and includes a solar panel, known as a photovoltaic radio frequency antenna (PRAM) module, connected to the Pentagon’s unmanned X-37B drone.

Solar panels in space are much closer to the Sun and are not affected by factors such as darkness and clouds.

They also conserve solar energy in the form of blue waves as it does not pass through the atmosphere and is therefore more powerful.

“We’re getting a lot of extra sunlight into space just for that,” project co-developer Paul Jaffe told CNN, who reported the exclusive story.

Currently, the drone orbits the Earth every 90 minutes and, although it has not yet sent energy to Earth, the technology was tested before the mission began.

“The only advantage that solar-powered satellites have over any other energy source is this global transmissibility,” Jaffe said. “You can send energy to Chicago and a fraction of a second later, if you need to, send it to London or Brasilia.”

The researchers published their findings in the IEEE Journal of Microwaves in January and said that investments in research and the progressive adaptation of system capabilities could lead to widespread adoption of the technology.

A possible response to climate change and natural disasters

As the device collects solar energy, no fossil fuels are used and such widespread use of technology could be a way to address climate change.

Its rapid transmissibility can also provide help in times of natural disasters or huge blackouts.

The study’s co-author, Chris Depuma, used the example of his family who are currently powerless due to extreme conditions in Texas.

“So if you had a system like this, you could redirect some energy there and then my grandmother would have heat in her house again,” Depuma said.

However, some logistical challenges remain to be overcome before this happens.

Currently, the panel can produce about 10 watts of power, or enough to power a tablet.

The team should look at how to keep the panel at a constant temperature and have already experimented with heaters.

The top-secret project is funded by the Pentagon, the Operational Energy Capacity Improvement Fund and the U.S. Naval Research Laboratory based in Washington DC.