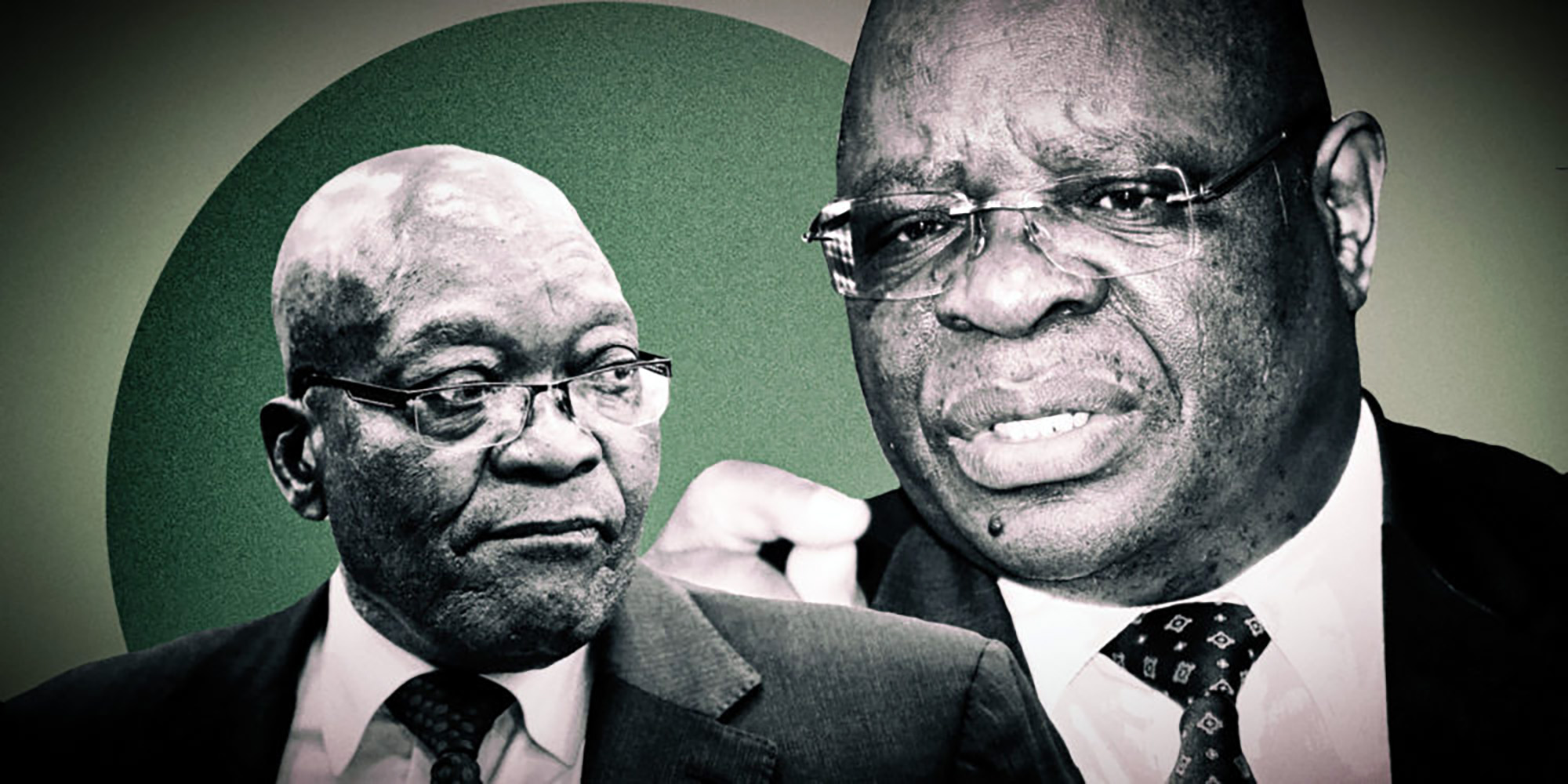 The former president’s foundation has continued to try to discredit the judiciary and the State Capture Commission, in comparison to his treatment of Deputy Raymond Zondo with the apartheid government’s oppression of black leaders. However, the law, which rarely affects Zuma, is clear.

The Jacob G Zuma Foundation, which the former president appears to be using as a public spokesman, has criticized the State Capture Commission for asking the Constitutional Court to impose a two-year prison sentence for his failure to appear and cooperation with research.

“In 1946 [Commission’s] Act speaks of six months in prison, or a £ 55 fine, not two years in prison, which the honorable judge who chairs the commission alone suggests, ”the foundation said Monday.

“The master has directed, of course, that laws are being changed to deal with President Zuma, such as the way the apartheid government created laws on Sobukwe to deal with Sobukwe,” he continued.

Throughout his quest to evade accountability, Zuma has repeatedly vindicated the victim, related his challenge to the fight against racial oppression, and made vague references to conspiracies by unknown forces (white minority capital and the his agents) to pursue him.

His foundation’s comments, however, have no basis in law or in reality.

The foundation cited sanctions that could be imposed to challenge the 1947 Commissions Act to justify its claim to Zondo’s bias and its alleged attempt to find Zuma “guilty of hooking or stealing for handing him over to some hidden owners.” “.

He then referred to the 1963 law aimed at keeping PAC leader Robert Sobukwe in prison indefinitely, despite the Constitutional Court’s criticism of Zondo for treating Zuma with children’s gloves.

“In fact, it looks like an old apartheid regime in the hands of the black leaders of democratic South Africa,” the Zuma foundation said.

The State Capture Commission applied to the Constitutional Court to impose a two-year prison sentence on Zuma for challenging the court order to adhere to subpoenas to testify and guidelines for filing affidavits on specific charges. Zuma continued to refuse to participate, challenging a court order.

The commission’s application refers to Zuma’s challenge to the ConCourt order, not its breach of the Commissions Act. The former president has tried to frame the issue as a battle between him and Zondo (a supposedly progressive leader against the status quo), but it is much more mundane.

Zuma challenged a fundamental principle of justice, which emphasizes equality before the law. He challenged a court order that simply required him to appear before the commission.

Expert in constitutional law from the UCT, Professor Pierre de Vos, dit simply: “This puts Zuma in the same category as dead parents who do not pay child support and trappers who refuse to pay their creditors, even though a court has ordered them to do so.”

It is hardly comparable to the blatantly oppressive and unjust treatment of Robert Sobukwe.

In its lawsuit, the commission offered Zuma a lifeline to avoid jail. He said the court could suspend the order “if the court considers that Zuma should have a definite opportunity to comply with his order before he can be jailed.”

The Jacob G Zuma Foundation claimed that the former president had made this offer earlier, which the commission had rejected. He suggested that Zondo return to the courts unnecessarily.

When there are few legal options left, the former president conducts a public relations campaign to mobilize supporters and unite alleged aggressors.

His response to the commission’s request from the Constitutional Court is part of the campaign to discredit the judiciary as a biased arm of President Cyril Ramaphosa’s government. EFF leader Julius Malema recently joined the project and joined Ace Magashule’s ANC faction members.

His efforts were reinforced last week, when the Western Cape Court dismissed the bribery case against former Minister Bongani Bongo.

But Zuma’s challenges are more acute than those of his allies. Taking every precaution to deal with the former president and then approaching the ConCourt, Zondo has pushed him into a corner: he will have to testify in committee or he will probably have to suffer a major sanction.

The Constitutional Court has indicated that it will hear arguments on the commission’s request for Zuma to remain in contempt later this month.DM