A DNU with the surname Alonso pointed against … 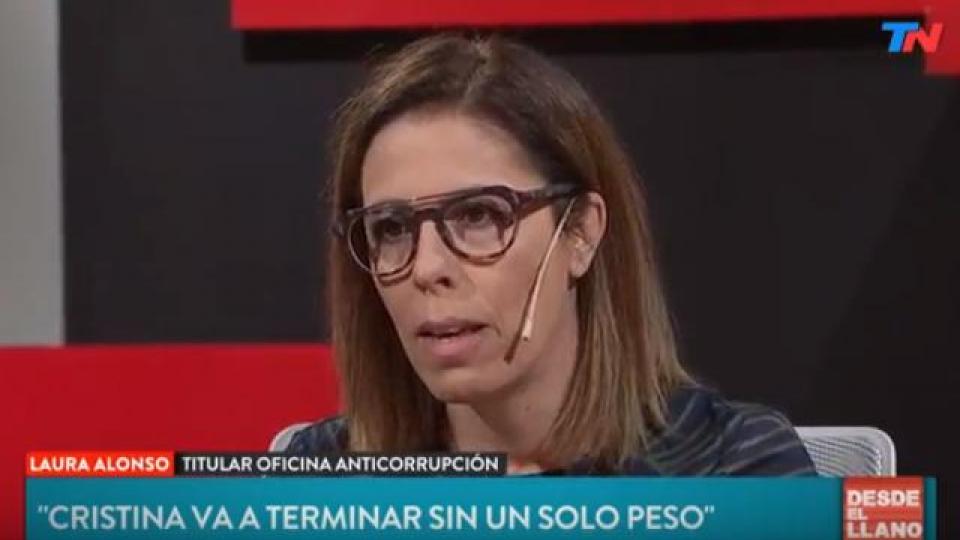 The former deputy and head of the Anti-Corruption Office, Laura Alonso, took advantage of the TV screen to reaffirm the objective of the domain extinction law, which the Government approved by Decree of Necessity and Urgency after the rejection of the Congress: advancing against "the bad one praxis de los jueces federales "and against Cristina Kirchner. "I do not know if Cristina Kirchner is going to be prey, but I know he will finish without a single peso," said the official, while justifying the scope of the decree.

"Only in the ten most relevant causes of corruption between 2017 and 2018, we have assets seized for more than 270 billion pesos," Alonso introduced to justify the law passed by decree. The enumeration continued with the alleged millionaire assets and sums of money which could be challenged in the cause of the notebooks, as is known in the investigation for reports of bribes in public works during the management of Cristina Kirchner.

The main criticism against the rule is that the extinction of the domain is independent of the criminal action, which determines that the goods are of illegitimate origin before a conviction exists. "If someone can not explain with what money he bought a good, he is going to extinguish the domain over the property that the accused says have," reaffirmed Alonso.

"In one month we have the trial of Cristina Kirchner for the illicit association of public works, from 2003 to 2015. And this seems important to say that because the Kirchner acquired their famous hotels in 2008 and how this case covers that year They are goods that can be applied to the extinction of the domain. The same goes for the money found in Florence Kirchner, because that money comes from the mother's pocket, which is not a worker, is a public employee who arrived at power to plunder the State, "the civil servant justified by the DNU was dispatched, saying that Congress did not want to pass the law" because there were political interests. "

Alonso pointed directly against the former president as the main recipient of the law. "I do not know if Cristina Kirchner is going to be prey, but I know he will finish without a single weight. With this new measure we are going to overcome the bad praxis of several federal judges to investigate the illicit enrichment," he said.