A website allows you to “take” high-resolution satellite photos

The Japanese technology company Canon presented to the public an unusual interactive tool that uses a microsatellite equipped with a high-resolution camera to take images from space.

This is the CE-SAT-1 satellite, manufactured by Canon and launched into orbit in June 2017. The probe is equipped with an EOS 5D Mark III SLR camera complemented by a 40-centimeter Cassegrain telescope. It has a maximum resolution of 36 inches within a 4.8 to 3.2 mile frame.

By comparison, the world’s highest-resolution satellite, WorldView-4, can capture images with a resolution of up to 12 inches.

at the interactive website, Any user can test the curious tool of Canon and take satellite images of different places in the world, from the Bahamas to Antarctica. 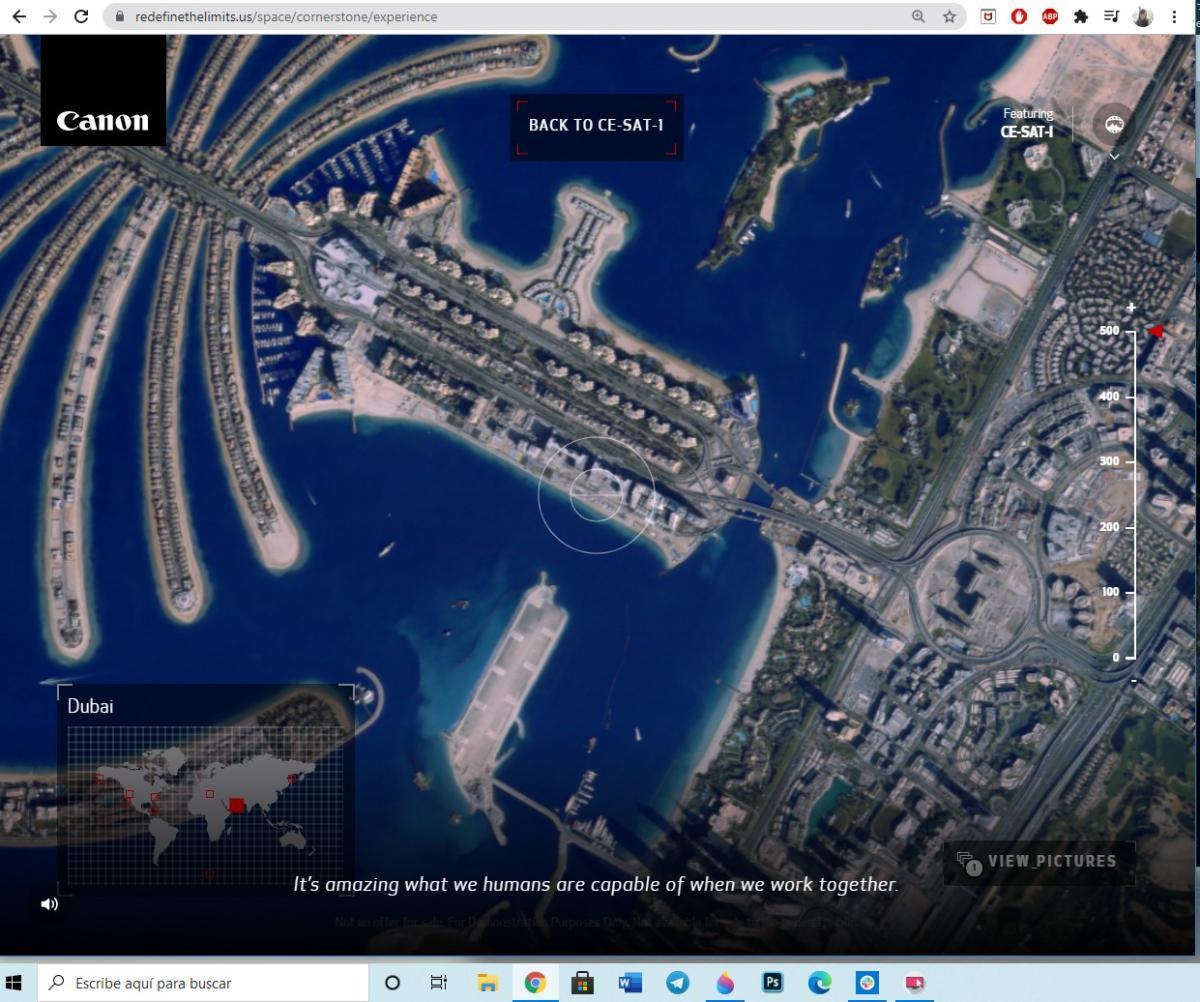 Because the CE-SAT-1 moves at a speed of more than 27,000 kilometers per hour and orbits the Earth in less than 2 hours, it would be impossible to capture real-time satellite images, so the Japanese company opted to create a virtual simulation of imaging.

To date, the project map has a total of nine geographical locations. However, the list may be extended in the future.