Abram: The IMF is the last piggy bank, then sees the abyss 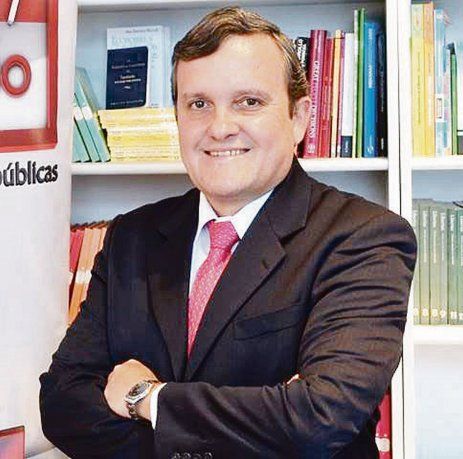 2 | The government says that he had bad luck

Bad luck is that it makes you shudder something that was unexpected. By the end of 2017 the vast majority of analysts predicted a complicated 2018 and perhaps even more than what it really was. And I respect that they could not do more. Every year from "Freedom and Progress", we present to government officials the structural reform projects that we have prepared and that demonstrated that they were feasible to move forward. In fact, they are still available on our site for everyone who interests you. For example, it was possible to take advantage of the current legislation to face a reform of the State to serve people, not politics as today, taking it to a size payable by the Argentineans. It is true that there will be people will be left without a charge, since many are not useful to society or invented a stamp that complicates life to justify their desktop. However, it is not true that they have to remain without an income. For this reason, mechanisms known as early retirement or voluntary retreats are planned. In addition, the law of public employment allows us to put in availability, to continue paying without working, for a year to those who remain without a position and we propose to extend to two. During this time, it is necessary to train and subsidize the private sector to take it. This meant time and money, but what would have happened if it had been implemented since the beginning of 2016 using the huge debt they were taking? By the beginning of 2018 we had had a large part of the current debt, but the problem was solved. On the other hand, we arrived with the debt and the problem, which explains why the currency crisis led to a closing of the financing for the Government and to avoid a default with an agreement with the IMF. Now, what will we do with this silver? Resolve or keep the problem? Eye that this is the last piggy bank we have left! Then, the abyss.

3 | Is there a political will to solve the problems?

This is not what was seen in the discussion of the 2019 Budget, no one wanted to take over the adjustment of the State, so they transferred 80% to the people . And is it weird that the productive private sector feels fits? They lost sight of the fact that they are asking to fit the person who generates wealth to pay the salaries of their employees and those of the State. And do they try to grow to liquidate public spending and debt? Impossible, it is a myth that more adjustment of the State was more recession. It's the other way around. Who is going to want to invest in a country that is in the 21st place, between 190, among the most squeezed with taxes on their companies? In 2017 our politicians promised to lower the tax pressure and sanctioned two laws in this regard. To close the 2019 budget they were re-increased. Madness Think, what would have happened if most of the adjustment had been made by the State without charging? Maybe today someone would have some hope that something would change in Argentina. It is vital that you assume that the problem is not the fiscal deficit, it is only one of the consequences of the true illness that is killing us, the excess of the State. Therefore, if we do not cure it, although we can eliminate the fiscal imbalance, the best thing that awaits us is to grow very slowly. So in Argentina, wages and employment will increase little and poverty will slow down slowly. In the worst case scenario, without a rapidly rising production, public debt in terms of GDP will be too heavy and we can again have a default. In short, crises are the way in which we historically solve these problems by Argentineans. It would not be a bad idea to "change", right?

4 | Do you also predict a default?

Well, unfortunately the probability that we are going to a crisis due to a default is not low. However, in the short term, I am more concerned that we do not enter into a suspension of payments because of a crisis (laughs). As I said, the slimmer of 2018 was the BCRA and in the news it is still. It is true that, when a broadcast ceiling was set up and fulfilled, the current administration achieved a certain monetary stability. It guarantees that we will not be the ones that will lead us to a disaster, as the previous ones did. The problem is that there is likely to be a complicated presidential election, which could lead to a flight of capital, a collapse of demand and value of the peso, with the exchange rate quickly seeking the roof of the band. In order for a new exchange rate crisis, the BCRA will have to successfully defend the roof. If not, it will be the monetary disaster that leads to an economic and a default. That is why I think the ad is averting that they will review the form of intervention on the roof of the band and I would recommend that, at least, they can use once and for all all the reservations they bought defending the flat and those who bought it "exceptionally" the Treasury by the end of 2018. They could try to take out all the surplus of pesos from the market and prevent it from continuing to depreciate and encourage the run and flight of capital. In addition, the Government would suggest that you try to continue saving the almost or $ 10 billion that today has an initial cash balance. It is true that this is not free, but you may need it as water in the desert in the second half. Not only to sell and help the BCRA to contain the bullfight. If not, because the greater the flight of capital and the run, the debt maturities will be more difficult to renew. Therefore, they should also pay more interest rate to minimize the amount of maturities during the voting period stretching to fall by 2020.