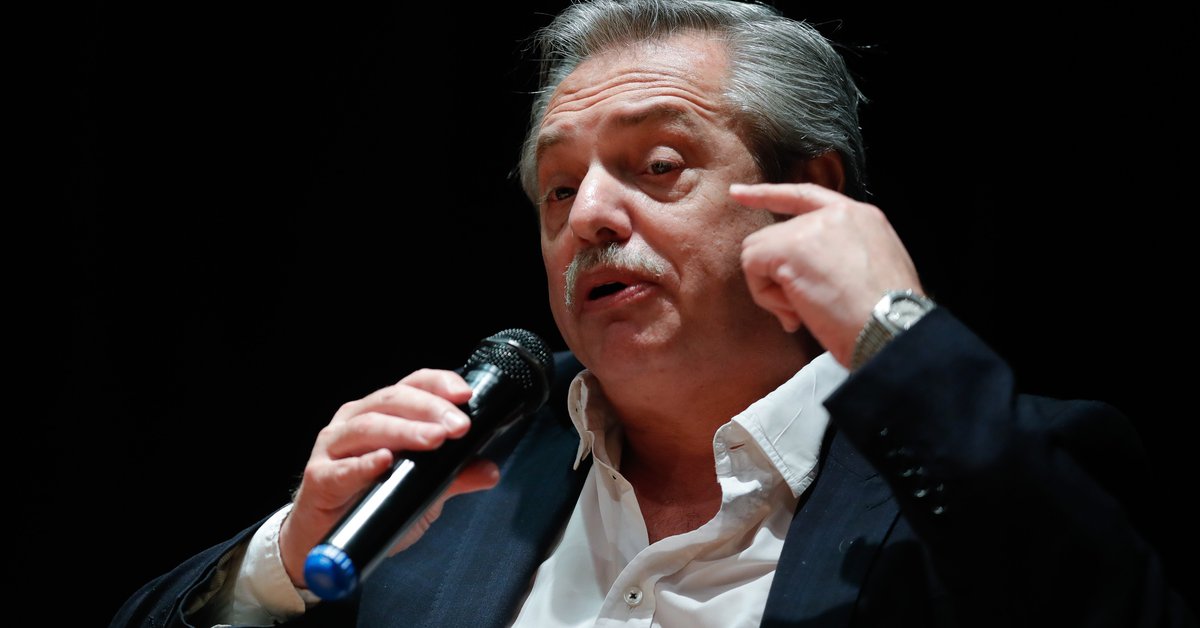 Extension of ordinary sessions and call for extraordinary ones. That says the double presidential decision to arm one intense December with about twenty projects, from the spare debate on the legalization of abortion to the adjustment of retirements, tax issues and specifications for Justice. However, Alberto Fernández’s decision says much more politically than that. reinforces its closure on the inner front, With special attention to the interests of Cristina Fernández de Kirchner, and encourages the frontal fight with Horacio Rodríguez Larreta. These are two issues leave “tactical” doubts and “strategic” concerns.

At the speed of local politics, where one issue overlaps with another or the run of the spotlight, and after the desolate wake of Diego Maradona, the focus shifted to Congress. And the issue of greatest impact became – as in September with the presidential decree – the pruning of the resources of the City of Buenos Aires. The bill was passed with some changes in Deputies and now back in the Senate, that is, in the hands of CFK. This second installment of the controversy boosts its gravity, because it again involves an approach before the Supreme Court.

It was all a matter of hours. Yesterday morning, the bureaucracy voted very narrowly on the text, based on the closure of its own ranks, the addition of provincial allies and the play of Cordovan Peronism to join with its own modification. Half a day later, Rodriguez Larreta responded with elaborate and strong speech, and accompanied by the whole arc of Together for Change in Congress.

The head of the Buenos Aires government put words to the deepening of the political upheaval that just for a few hours threatened a reversal, in the middle of a negotiation that was brief. He did so in unusual terms in his speech. He said the Government is looking for a “submission” of the City, which is why he wants to “de-finance” it. He also talked about security risks: the benchmark on bars in the Pink House was a fact coming out of the state of relationship with the national government.

The claim to the Court to define one was also significant answer to the claims of the Capital before the presidential decree of more than two months ago, a shelter and an approach on the question of bottoms. The intention now is to return with another presentation but referred to the law, with renewed arguments about “unconstitutionality” for what they consider a “break from federalism”. These were the terms cured last night by Rodríguez Larreta.

The Court is not comfortable with problems of such political intensity, but it is the inescapable instance in this case once the dispute is unleashed. At the highest level of Justice they insist that they would wait for the bill to be sanctioned, despite the reaction of Rodríguez Larreta it would leave no room for consensus to give a political outlet to the conflict. The law, strictly speaking, needs a step and the key to closure, like so many others, is in the hands of the former president.

The Senate has to resolve several sensitive initiatives in the short term, initially in the ten days of ordinary sessions with agenda formally dependent on the will of each House. It remains to be seen how he handles the agenda, not only to resolve in committee the treatment of the project already modified in Deputies but to resolve the path to the premises. However, the pruning of resources also integrates the list of President for the extraordinary sessions.

The turn to the consideration of Oliveres on Rodríguez Larreta -who went from virtual ally to overcome the crack to enemy- it was driven undisguised by harsh Kirchnerism. CFK and Máximo Kirchner appealed to the contrast between the City, as if everything were Puerto Madero, and Greater Buenos Aires, as if the whole province were the GBA and the GBA was just a backward neighborhood. Forced look, later recreated by the President, to push an adjustment on the Capital that in the first delivery was clearly in favor of the management of Axel Kicillof.

But the background issue, fleshless, raises some doubts about the desirability of setting the sights on Rodriguez Larreta and running off the board to Maurici Macri, Rather than trying to hold the former president in a leadership position that is under discussion within JXC. It is true that many are inclined to the recipe of the grinding to the opponent with better image, Although this does not disarm the risk of helping to nationalize and to give volume to a figure who until the forties seemed more limited the Buenosairean limits.

It also feeds “strategic” speculation the other significant sign of the presidential agenda, which points to the complicated game of domestic power. It was revealed that the scoring of projects included in addition to immovable initiatives for the President, lines discussed with the CFK circle, with Sergio Massa and with Màxim Kirchner.

In this line, the excellent point is the inclusion of the project of reform of the organic law of the Public Prosecutor’s Office. This – despite the presidential insistence with his candidate for chief prosecutor, Daniel Rafecas – sets out a way out that would seek an image of political “tie” in this field. It will be seen how the issue evolves: the journey in Deputies does not seem easy, although seen as part of an internal consensus would be a compromise for the difficult task of re-adding 129 legislators.

The bureaucracy had to work hard to approve the project on the Buenosairean bottoms. This, in the early months of the forties, seemed a controlled conflict and relegated to the background, to be resolved when possible at a negotiating table. The “Albertist” hypothesis was to generate too much politics to assert the relationship with the territorial leaders of the PJ – governors and intendants – and with the moderate wing of the opposition. There was talk of reserving to recreate an area of ​​competition without a crack, with CFK and Macri out of the game.

It is not what exposes in these hours the visible gesture of internal complicity of the President. Nor the end of a dense day, with strong response from the Pink House to the City’s head of government. open fight.

The government replied to Horacio Rodríguez Larreta: “It seems that they want a democracy without Congress and a federalism without provinces”