Anguish, private investigation and the legal fight for the payment of the past of Emiliano Sala 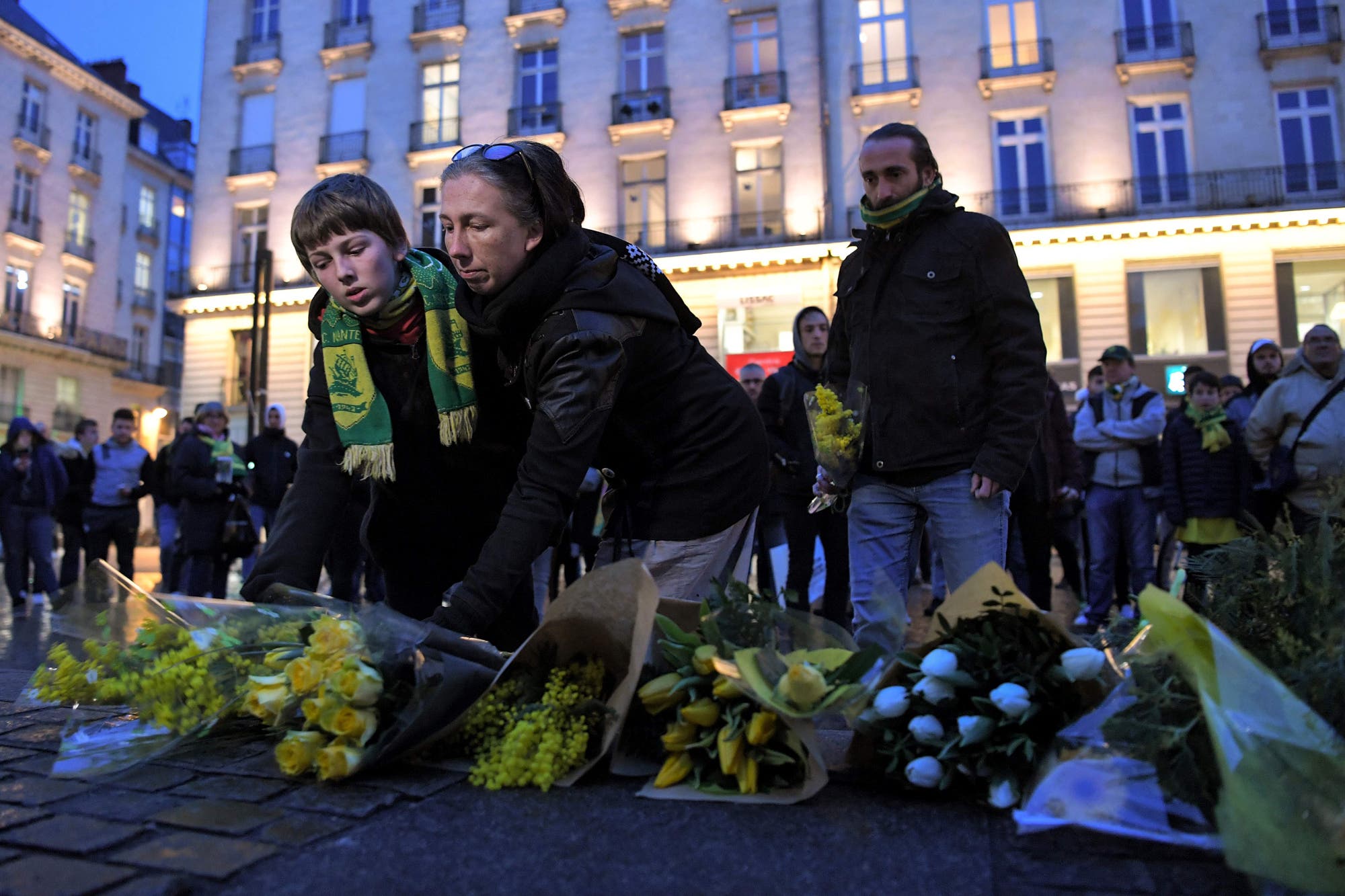 does not surrender Mercedes, the mother of the soccer player, and Romina, the sister of the ex-goleador of Nantes, arrived yesterday at Guernsey airport, the last aerial station that had contact with the Piper aircraft that moved the goleador Argentinian and English driver David Ibbotson. It was Monday at 8:30 p.m., British time. Since then, nothing was known about the fate of both men. In the absence of results, the authorities abandoned the official search last Thursday.

The small Guernsey air station, one of the British Channel Channel islands, was an unprecedented scenario of a press conference offered by David Mearns, an American underwater rescue expert. Hired by the family to conduct private research, Mearns announced that, contrary to the official search, it will include tracking under water. "Emiliano's mother and sister have come to Guernsey to internalize themselves with the circumstances, to see the place and start the search, and also to find answers to many of their questions," said Mearns .

The start of private research was made possible thanks to the donations that the family of Sala received through the platform Go Fund Me. The campaign, initiated on Friday by the Sport Cover agency (which has Emiliano Sala as one of its clients), exceeded 320 thousand euros yesterday.
The biggest donors come from the world of the ball: the French star Kylian Mbappé (30,010 euros), his partner Adrien Rabiot (25,000 euros), French footballer Dmitry Payet (10 thousand euros) and his compatriot Alassane Plea ( 8 thousand euros). "Money will be used exclusively for research (mobilization of sea and air transport, exploration of seabeds, etc.) and family support. Thank you," says the thank-you text that appears in the page from which donations can be made.

While Mearns and his team started yesterday's research in the field, other battles related to the plane that was moving to the Hall were delivered to the desks. British superstar Willie McKay – dominated the English football market a few years ago – admitted to the BBC that it was he who organized the trip to Nantes from Cardiff to Nantes. Detail: one of the children of McKay is number 9 of the Cardiff reserve team. And his other son, Mark, was the agent hired by Nantes for the record transfer of the Argentine soccer player from this French team to Cardiff. Family business

"We just wanted to help the boy," defended McKay father, who clarified that the Piper model PA-46-310P – which I could take up to six people – built in 1984 does not belong to him. To be honest, this is on behalf of the company "Southern Aircraft Consultancy Inc Trustee", based in Norfolk, England. The aircraft, patent N264DB, is registered in the United States. The English aeronautical authorities, on the other hand, initiated their own investigation, although they clarified that it will be difficult to know what happened if the sinister device does not appear.

In this context, the club that bought the room also wants to know what happened. The Welsh Premier League team clarified that he proposed to the Court passages in commercial airlines (via Amsterdam or via Paris) and that the footballer replied that "he had already made all the arrangements" and that he would find to the club's authorities in the training session on Tuesdays. Who ever came to

In addition, Cardiff will face his own investigation to find out what happened. The search will be available from the organization of the trip to the money you will be required to pay to Nantes on the Hall chart. According to the Telegraph, a source from the club – which fights not to get out of the Premier League – confirmed that "Cardiff will pay what he has to pay once he has achieved all the answers and determine the facts" . In addition, the club reported that it investigates "the possibility that a negligence caused the accident."

The Telegraph also reveals that Sala cost 17 million pounds (payers in 3 installments, the first of which expires this week), and that it had also signed a bonus of three million, if Cardiff Zafara of the descent this season Counting the salary of the Chamber and the commission of the intermediaries, the pass of the Argentine soccer player cost 30 million pounds. The Telegraph notes that once his contract was signed, Sala was included in the Cardiff employees list obtained by an accident insurance policy.

Without a black box?

The black boxes that record all the communications between the pilots and the control towers, and that also keep the flight records, are not mandatory for airplanes like the Piper that transferred Sala. The reason they are not required in this type of flight is their weight, considered a bit heavy for light aircraft such as the Piper. For this reason, the researchers will concentrate on the radars, the flight plan and the recordings of the control tower.

Swansea, the other club in Wales, honored the Argentine

"Emiliano Sala. In our thoughts." The legend, along with a photo of the Argentine soccer player with the shirt of Nantes (his last club), was read on the giant screen of Liberty Stadium, the stadium of the other team in Wales, Swansea City. It was during the match between Swansea and Gillingham, for the fourth date of the English FA Cup.