Between pick-up and electric 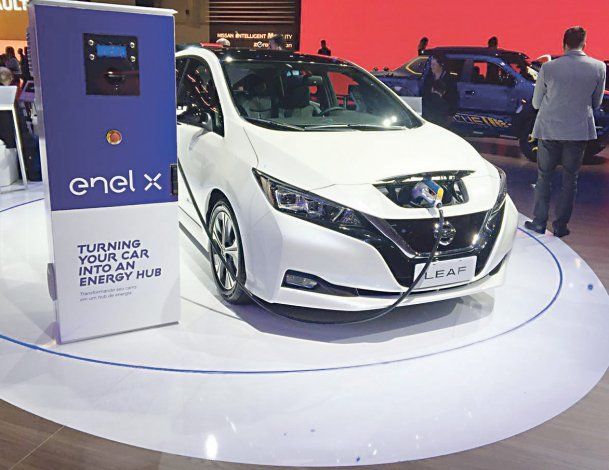 The Shov Sao Paulo engine began last week in Brazil with brand expectations about what the new government, Jair Bolsonaro, will take, with a role in terms of electric vehicle products and pick-ups.

The most important autos in Latin America was held in the context when the car exhibit collapsed. Globally, this year there was a striking absence in Paris (besides Frankfurt, the most relevant shows in Europe), and in regional optics, a decision was made in Argentina to cancel the show in Buenos Aires in 2019, although for more related spices to the local crisis.

However, car makers have shown a quality exhibition with optimistic forecasts of market growth in the coming years, where they expect an expansive cycle in terms of sales. In terms of industry, the sector is thrilled that Bolsonaro is implementing measures that enhance the competitiveness of factories and encourage the opening of markets beyond Mercosur. A point that, if materialized, will have an inevitable impact in Argentina (see page 4).

As far as launching, the best indicator of these projections was the advancement in electrification. In that sense, Chevrolet Bolt, Nissan Leaf and Renault Zoe have opened ecological doors in the region. Three cars are 100% electric and have global weight. Bolt is General Motors' bargain for massive environmental and is coming next year to Brazil to almost safely land in 2020 in Argentina. Leaf is the best-selling electric power in the world, and the chains in our country will start in January this year, with a conquering strategy across the continent. In the meantime, Zoe has already been sold to companies in the Brazilian market, but now his marketing will be extended to individual customers. Although there are no details of his Argentine landing, if he succeeds in Brazil, he will be able to rebound on this side of the border.

In this way, Chevrolet added the Cruze concept to Rosario, the SS version, with 300 bhp power and the new generation Camaro, which will be launched in 2019. Renault, for its part, added to the Outsider, the more adventurous version of the city car with upcoming commercial presentation.

Peaks were also privileged in San Pablo. Among the great novelties: Volkswagen Tarok, a concept with a production destination. It is the German brand's stake to divide the segment. Tarok is a mediator between the average Amarok and Girl Saveiro. It will endeavor to compete with Fiat Toro in a young subcategory. Volkswagen also presented SUV T-Cross for segment B, which will be presented in the country next year after its recent global debut. Among the concept: an autonomous personality and a sports version of the spirit of the Polo / Virtus.

Ford announced the launch of the Black Edition of its Ranger, which was a prototype in San Pablo. With fewer details as a difference, it will be a model that will get to the dealer, in the way of black tones. He also introduced the Ranger Storm, off-road, and this name is also reserved for the special edition of EcoSport, with details off-road. In the second row, in partnership with the Chinese JMC, it was developed in the Territory, SUV, which will be sold only in China – in principle – which is higher than the Kuga.

Also, pickup Hiluk, the market leader, will have a special edition of Gazoo Racing, 500 units, as announced by Toiota in San Pablo. More aggressive aesthetics and work in suspensions, the most notorious changes. There was also Iaris with that name, with a focus on sports.

Second pick-up: Nissan Frontier Cordoba and Fiat Bull, with reversals for this occasion. On this latest Italian brand, the concept of Fastback, a possible sports SUV based on the pick-up platform, was developed, and it was among the figures from the Sao Paolo series.

As for the launch, the VR-V, the new SUV that the Japanese brand will bring to the region and to be positioned below HR-V, was relevant. In the aesthetic sense, it can be said that this is an adventurous version of the renewed FIT. Like this one, it has Brazilian production and they will equip the same mechanical assembly: 1.5 HP engine with CVT automatic transmission.