Due to the pandemic, doctors warn of various types of cancer in advanced stages 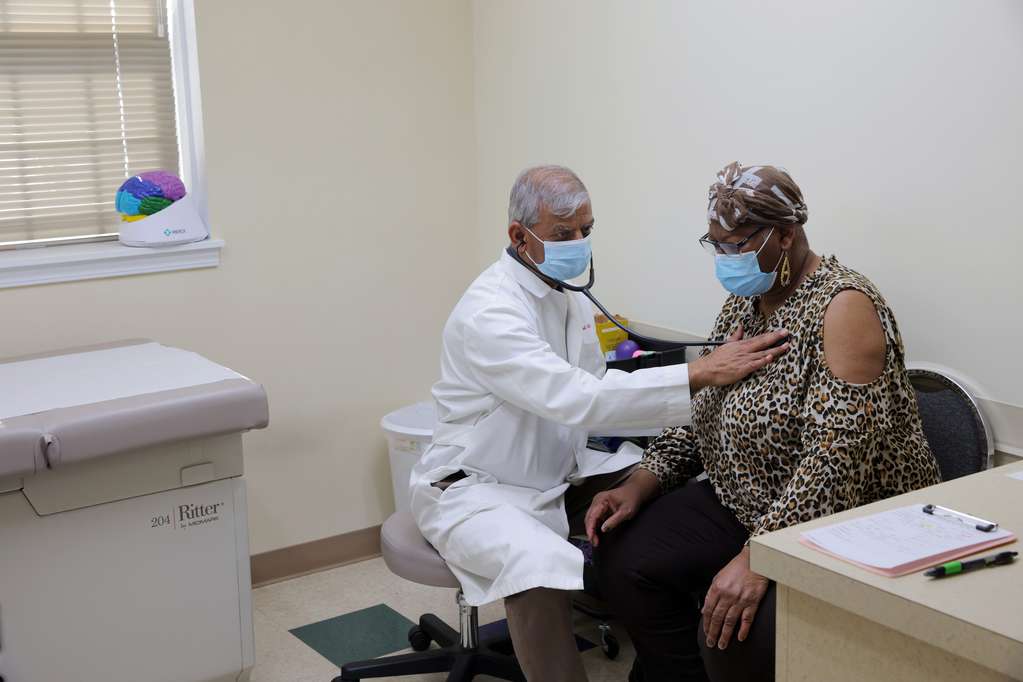 Yvette Lowery almost always does her mammography annual around March. But last year, just when the pandemic was gaining strength and the medical centers they were closing, the establishment where he used to go canceled his appointment. No one knew when he could be rescheduled.

“I was just told to keep yelling,” said Lowery, 59, who lives in Rock Hill, South Carolina. In August, Lowery felt a lump under his arm, but was not given an appointment until October. Finally, he was diagnosed breast cancer in stage II; so he started chemotherapy treatment in November and this month he had a double mastectomy.

“I’ve been seeing a lot of patients in advanced stages,” noted Kashyap Patel, one of Lowery’s doctors and CEO of Carolina Blood i Cancer care partners. If they had detected cancer last May or June, probably they would have attacked him earlier that it spread, Patel said.

Specialists have pointed out that the months of confinement and the waves of increases in COVID cases over the past year have led to the closure of clinics and clinical study laboratories or other places shortening their hours, which cause a significant decrease in the number of medical examinations, including those used to detect colorectal and breast cancer.

// Drastic drop in birth rates in Europe during the pandemic

Many studies have shown that during the first months of the pandemic, the number of patients examined or diagnosed was reduced cancer. According to a data analysis performed by the health network Epic Health Research Network, by mid-June, the level of studies performed to detect breast, colon and cervical cancer was still 29 to 36 percent lower than before the pandemic. According to data from this network, hundreds of thousands of fewer exams were conducted last year than in 2019.

“We’re not up to date yet,” commented Chris Mast, vice president of clinical computing at Epic, a company that develops electronic medical records for clinics and hospitals.

Another data analysis of Medicare indicates that when COVID cases increased during some periods of 2020, studies to detect cancer decreased. In this analysis – conducted by the consultancy Avalere Health for the organization Community Oncology Alliance, which represents independent cancer specialists – it was discovered that the number of studies performed in November was about one 25 percent lower than in 2019. The number of biopsies, which are used to diagnose cancer, decreased by about a third.

While it is too early to assess the full impact of delays in medical studies, many cancer specialists claim that they are concerned that patients will get much sicker.

“There is no doubt that in the consultations we are seeing more advanced colorectal and breast cancer patients,” said Lucio Gorda, president of the Florida Cancer Research Institute and Specialists, one of the most independent oncology groups. country elders, who are working on a study to see if, in general, not having done these studies resulted in more cancer patients in more advanced stages.

In addition, doctors are reporting that, although the number of mammograms and colonoscopies has risen in recent months, many patients with cancer remain undiagnosed.

Due to the accumulated demand, it was not easy for some patients like Lowery to get an appointment when they reopened the clinics. Others did not perform their routine exams or ignored worrying symptoms because they feared infection or because, after losing their job, they could not afford the cost of their studies.

“The fear of VOCID was more palpable than the fear of not having a cancer screening test,” said Patrick Borgen, president of surgery at Brooklyn Maimonides Medical Center, which also runs its specialty center. in breast care. His hospital treated so many coronavirus patients at first, that “they now believe we are a hospital for COVID,” he commented, and healthy people stayed away so as not to become infected.

Even patients at high risk for their genetic predisposition or for having previously had cancer have stopped performing important studies. Ritu Salani, Director of gynecological oncology at the Jonsson Comprehensive Cancer Center at the University of California, Los Angeles, commented that in 2019, the test of a woman at risk for colon cancer came out negative, however, due to of the pandemic, last year he did not attend his routine exams.

When he went to see his doctor, he had advanced stage cancer. “It’s a devastating story,” Salani commented. “Screening studies are actually designed for when patients don’t feel bad.”

Last spring, although he saw blood in his stools and looked for diseases related to this symptom, Ryan Bellamy he was in no hurry to reschedule the colonoscopy that had been canceled. “I didn’t really want to go to the hospital,” Bellamy commented. He determined it was unlikely to be cancer. “I haven’t been called to reschedule the appointment, so I just have to check it out on Google,” he said.

Bellamy, a resident of Palm Coast, Florida, mentioned that after his symptoms worsened in December, his wife urged him to go for tests and, in late January, had a colonoscopy. With the diagnosis of stage III rectal cancer, Bellamy, 38, is undergoing radiation treatment and chemotherapy.

// The pandemic strikes Brazil: with more than 90% of its therapy beds occupied, Rio de Janeiro decrees 10 days of holiday

Just as other previous economic recessions have made people forget to seek medical attention, the economic downturn during the pandemic has also deterred many people from seeking help or treatment.

“We know there are many cases of cancer,” said Barbara McAneny, CEO of New Mexico Oncology Hematology Consultants. Although they have medical expense insurance, many of their patients do not come because they cannot pay deductibles or coinsurance. “We’re seeing this mostly with our poorest patients, those who by themselves live on the bare minimum, those who live by the day,” he commented.

Some patients ignored their symptoms as much as they could. Last March, Sandy Prieto, a librarian living in Fowler, California, had a stomach ache. But he refused to go to the doctor because he did not want to get sick from COVID-19. After a long-distance consultation with his primary care physician, he tried over-the-counter medications, but they didn’t help him contain the pain or nausea, so it continued to deteriorate.

“The time has come when we have no choice,” said her husband. Eric, who had told him on several occasions to go to the doctor. In late May, already with yellow skin and a lot of discomfort, he went to the emergency room and was diagnosed with stage IV pancreatic cancer. Prieto died in September.

“If it hadn’t been for COVID and we had taken him somewhere before, he would still be with us,” his sister said. Carolann Meme, Who tried to convince Prieto to go to some academic medical center where he might have been included in some clinical trial.

Some health networks say they took strong action to try to counteract the effects of the pandemic. During the initial order to stay home last year, Kaiser Permanent, The largest health care consortium based in California, observed a smaller number of medical studies conducted to detect and diagnose breast cancer in the northern part of the state. “Doctors met immediately” to begin communicating with patients, he commented Tatjiana Kolevska, Medical Director of the National Kaiser Permanent Cancer Excellence Program.

// The children of the Chilean Chernobyl, where the mask was already a custom

Kaiser also has electronic medical records to schedule appointments with women whose mammograms are pending when they make an appointment with their GP or even when they want to get a prescription for new glasses.

Although Kolevska states that he is waiting to see the system data in general, he has been motivated by the number of patients in his office who have been updated with their mammograms.

“It has helped a lot to bring all these things up to date,” he noted.