Evolution of Chano’s health: how it goes after losing the kidney, spleen and part of the pancreas 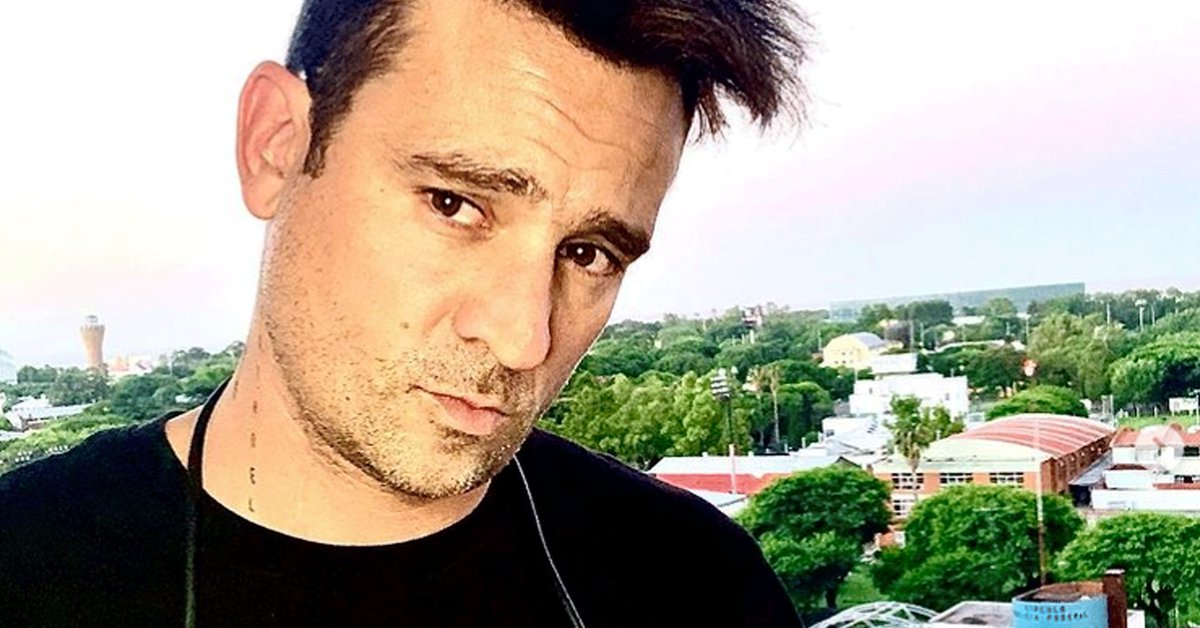 How Chano Fuster’s health continues after having emergency surgery after a abdomen shot (Instagram: @chanotb)

Santiago “Chano” Moreno Fuster, A former Argentine musician of Tan Biònica, underwent emergency surgery this afternoon at the Otamendi sanatorium in Buenos Aires after being shot in the abdomen in circumstances that cannot yet be specified. In an earlier version of events, it was reported that the artist attacked a policeman with a knife after assaulting his mother, which is why he was shot and was subsequently transferred, operated on and remains in intensive care.

In the afternoon, another version of events became known: the composer’s mother sent a message denying the police version and a call was heard from the musician in 911. Marina Fuster claimed that the singer “only hurt himself” and that “there were nurses and police officers, all against a consumer addict”. Investigators are trying to decipher what happened in the country of Exaltation of the Cross where the events took place.

In relation to his health, the journalist of TN Guillem Llop said that Chano had his spleen, body and tail removed from his pancreas, his left kidney and had a perforation of his colon sutured, with a subsequent analysis of the abdominal cavity and retroperitoneum and left several drains. This information matches the official statement issued by Chano’s family: the now soloist is still in intensive care with one of her kidneys, pancreas and spleen affected after being shot by a Buenos Aires police officer he tried to attack with a knife.

The singer underwent surgery in which the spleen, body and tail of the pancreas, left kidney were removed and a colon perforation was sutured.

In dialogue with Infobae, The doctor Ignacio Gutiérrez Magaldi, A doctor specializing in Internal Medicine and former president of the Society of Internal Medicine of Córdoba referred to what could be the evolution of a patient with this type of complication after a bullet wound. “What may have happened to Chano in his current state is that it has a perforating acute abdomen, due to a bullet wound. This picture is compromising empty viscera, ie the colon, for which they had to make a raffia or suture”.

“When you pierce the colon, what happens is that the abdominal cavity becomes contaminated, generating a abdominal peritonitis. In these cases antibiotics are put into therapy to prevent septic shock, although in the case of Chano it would not have reached this extreme“He said.

According to the expert, “patients who have surgery of this magnitude should be in mechanical respiratory care because they do not tolerate the state of persistent sepsis“So you need to be on ARM, which is to sedate you until the inflammatory parameters are milder.”

“The surgical team had to remove the spleen, tail of the pancreas and kidney. The current state and prognosis is reserved, as being under sedation and under the effect of antibiotic therapy it is necessary to see the evolution of the first 24/72 hours in therapy, which are crucial.“, Pointed out Gutiérrez Magaldi.

Reporters are waiting outside the clinic where the musician Santiago “Chano” Fuster has been admitted this Monday, in the Palermo neighborhood of Buenos Aires, Argentina (EFE / Enrique García Medina)

Consulted by InfobaeHe warned that “it is a patient addicted to substances such as cocaine, which generate coronary vasospasms, Which also affects cardiovascular health, so a state of remote septic shock that can cause multi-organ damage can cause your heart to be a little weaker. He is a young person anyway and we have to wait. “

“In the case of the perforating acute abdomen an exploratory laparotomy is performed, You can see where the perforations are, if the structure of the intestine can be preserved, the colon is sutured and there is no need to do a colectomy or colostomy bag, as a raffia (suture) was done, “he said. detailed and added: “Having removed one kidney, you need to see how the other kidney responds but quietly can follow his usual life as a monorheo -patients with a single kidney- and in the case of the spleen, as it was removed, in the next four weeks it must be vaccinated against encapsulated germs“Because the patient loses some immunity, because this organ is key in the defense system.”

“In the evolution of acute perforating abdomen the first 48 hours of intensive care are crucial. It is maintained under sedation and mechanical respiratory assistance to reduce the effect of the state of systemic inflammation that produces intestinal perforation and also sedation allows the patient to be calmer. and you can work as calmly as possible, waiting for the action of the post-operative and antibiotic therapy that is essential, especially considering that the patient was -apparently- under a psychotic outbreak“, Concluded Gutiérrez Magaldi.

Santiago “Chano” Moreno Fuster, Argentine musician, underwent surgery after receiving a shot to the abdomen and has affected a kidney, pancreas and spleen (NA)

For his part, the doctor Alejandro Canelas, Colorectal surgeon at the German Hospital expanded to Infobae: “The most important thing in this type of injury is the state in which the patient enters, Since there is a fairly significant blood loss in cases of bullet wounds i a very important stress that produces the injury, where the speed in which it is managed to act is crucial”.

“In kidney injuries you should have no immediate complications. It becomes monoreno, That is to say to have a single kidney. Despite this it can lead a completely normal life, Although it must take certain care, since what is left is still operational, assumes the function of what is missing, and is usually hypertrophied, the nephrons become larger “, He added.

According to Canyelles, for the splenectomized, -People in whom the spleen was removed-, as for the postoperative, they should have no drawbacks. “They require periodic checks with vaccines for germs, as this organ has an immune function“, He detailed.

Consulted in relation to injuries in the tail of the pancreas, he stated that “the complication that is necessary control is that there is no pancreatic fistula, For the first four days, expected complications.

As for colon injuries, according to Canyelles “it is important that any colonic lesion should heal. In the first hours and days you have to be very attentive to this, to prevent peritonitis”.

“The most important thing in a patient with these complications is the loss of blood and the stress generated by the wound, all these factors mark the prognosis that Chano may soon have. That is, how long it was operated on since it was fired and how it is evolving over the next few hours, “he said. Infobae i the presence of cocaine and marijuana in the blood – reported in toxicological reports – could mean a problem in the evolutionHe warned that “in principle it would not complicate postoperative evolution”.

Official statement from Chano’s family: affected kidney, pancreas and spleen
What police found at Chano Fuster’s house: the full sequence of the assault on his mother
Chano attacked a policeman with a knife after assaulting his mother: he was shot and is in intensive care

Apple: Experts are beginning to leak information about what will be the iPhone 14 to be released in 2022