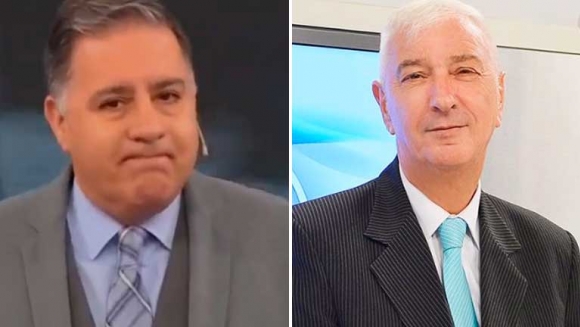 This Sunday, the death of Mauro Viale he took by surprise many of his colleagues who were not expected at all to start the week with this tragic news. One of them was Fabian Doman, Who in a telephone interview was very moved by this news, about to break up while talking about the person to whom he said he owed his television career.

In dialogue with Rodrigo Lussich, Which provided the sad news to The Show of the Scandals, Doman came out into the air with his voice remarkably broken. “How are you Rodrigo? Well … excuse me. Did you know what’s going on? If I work in television it’s for him. I was lucky enough to work with him in Impact at 7 and he taught me all about how to make a program a day, “said the driver of intractable between tears.

“Then we did more programs and so I was lucky enough to work with one of the greatest journalists that television has had in Argentina and it costs me a lot, I can’t talk. It’s been like 20 minutes that I don’t stop crying,” he said. sincerely Doman. “Look, with the journalism I do, one is tanned, my skin is hard and nothing moves you, but I wasn’t ready because Mauro … The only thing I’m glad about was that I was able to tell him in private and in public he is a great teacher, “the journalist concluded.