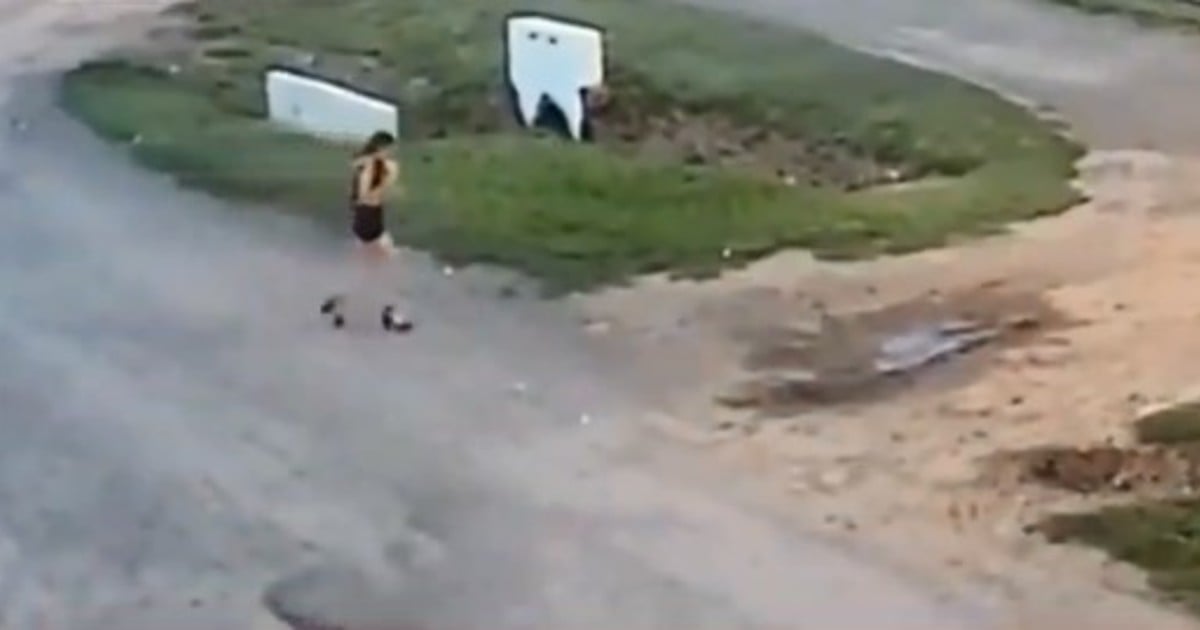 A security camera captured how Agustin Imvinkelried, the teenager brutally murdered in Esperanza, province of Santa Fe, was the last seconds with life. Before being captured by Pau Trionfini, main accused by the brutal murder of the minor.

The sequence was recorded by a device located outside Teos, which was attended by the teenager on Saturday night. In the pictures you can see the boy greet a friend and then start walking alone with the intention of returning home.

According to the judicial investigation, minutes after Agustina would cross with Pablo Trionfini (39 years), the main accused of feminicide, whom the police found hanged at home when the police tried to question him.

The fact began to be investigated on Sunday when the parents of the girl reported that she had disappeared at about 5.50 in the morning, after finding out with her friends at the exit of the danceable place.

According to a victim's uncle, the girl left the site and stayed between 15 and 20 minutes at the door. Then, Agustina went to the corner (being registered in the shooting), where there is a service station, and nothing else was known from her.

Daniel's daughter's father explained that her daughter had called a friend of the family to go to the bowling alley, but when she arrived she did not find her anymore.

Meanwhile, the teenager's cell phone was geolocated later in a narrow boundary at the home of Trionfini, so the police went to look for him and found him hanging.

According to the sources, neither Agustina's signs were found in the house of the suspect nor in her act, so they continued with rakes until hours later the body was found.