Fortnite Season 5: All new weapons according to rarity and which ones are the best 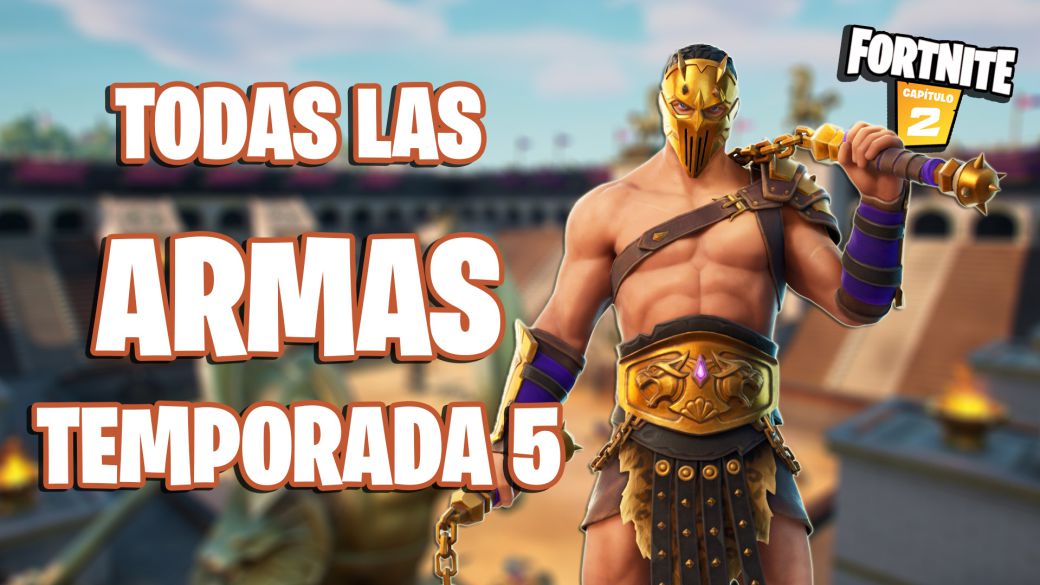 the weapons of Fortnite they are a fundamental part of the game. Knowing each other thoroughly is necessary if we want to rise to victory. In this section of ours complete guide enumerate all weapons from season 5 from’ Battle pass of Fortnite Chapter 2, Including the new weapons who came to the game with the patch 15.00:

Note: In this guide we will only list the weapons of the main game modes (Solo, Duos, Squadrons) that are active during Fortnite Season 5 Chapter 2. This guide will be updated as new weapons arrive in the game, and others be withdrawn.

All the weapons in Fortnite Season 5 Chapter 2

In Fortnite Battle Royale there are many different types of weapons to collect. Besides, weapons have different rarities, which determines how good it is within the same family of weapons. For example, an epic pistol is better than a common pistol because its attributes will be better (worse, lower reload speed). The rarities are as follows:

In addition to this, there is a special rarity: rarity mythical (color golden), Which is reserved for the mythical weapons and objects.

All new weapons from Fortnite Season 5

With the arrival of Season 5 of the Fortnite Battle Pass Chapter 2, the following have arrived new weapons in the game; some of them were previously on Fortnite i they have been tweaked to be added again:

Note: This guide is still under construction, and will be updated as the day progresses.