Friends, neighbors and relatives claim in Pompeii the apparition with life of Carla – 2019.01.17 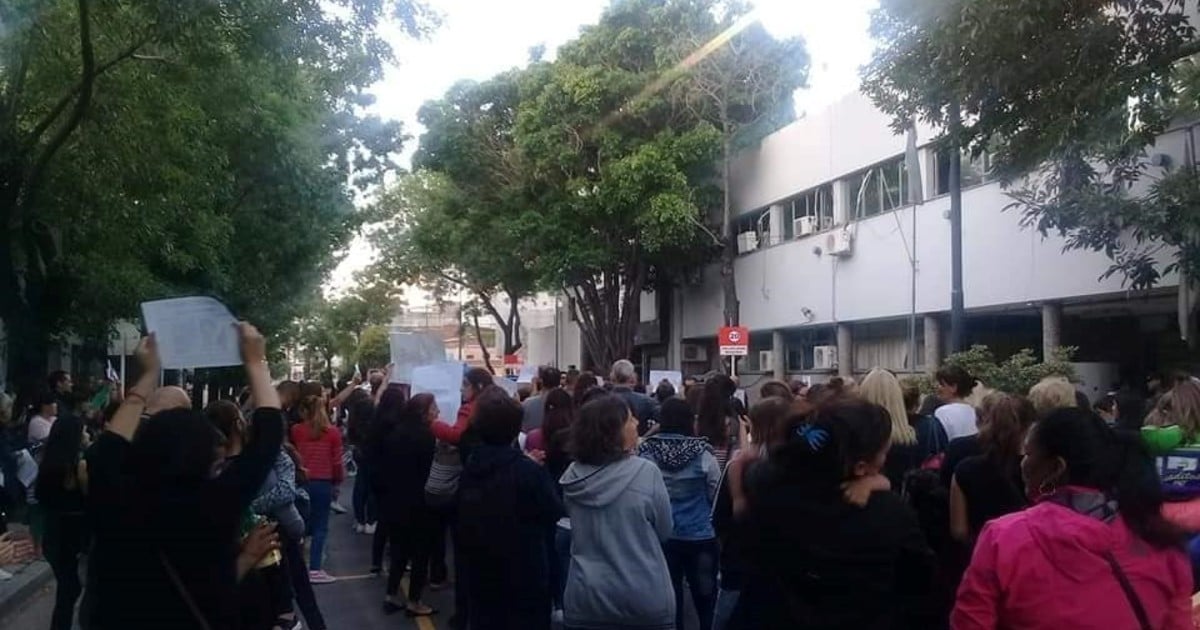 The family, friends and relatives of Carla Soggiu, the woman who, before disappearing, twice pressed the antipanic button, are desperate because, since Tuesday night, they know nothing about their whereabouts. For this reason, since 19 this Thursday they are doing a march to New Pompeii square, In the streets Sáenz and Traful, to demand its appearance.

Hundreds of people were present this afternoon. The silence, respect and banners and cards with images of Carla reigned, asking for his "rapid appearance and with life", "we are looking for you." The burning candles gave the scene more dramatic.

About 20, the tenor changed and silence mutated by an incessant cry: "Not one less, with life we ​​want it"The neighbors – in a number that was in franc increase – went to the 34 commissary of Pompeii, cut the street and realized their demand. Carla's parents entered the sectional and were talking to the commissioner.

Carla Tamara Barrera Soguru, 28, disappeared two days ago. It was last seen on Tuesday, When I returned from work at home, located a few pictures, in Pompeii. Her mother, who made the complaint, was the last to communicate with her, about 6:30 PM.

"It's a march so that Carla with Vida appears," said Alfred, the father of the missing girl. It is important that we continue to add people to help clarify this cause, "he expressed visibly moved to the media.

Respect and emotion. The march began at 19 at the corner of Sáenz and Traful. Banners, cards and lighted candles, in the middle of a dull silence.

Carla, who has two children, had denounced his ex-husband Nicolau Fonts for gender abuse. Fonts has been detained since last December 27 by a brutal attack, in which he is accused of tying and violating Soguru.

The girl disappeared after doubling the antipanic button twice that he had for the threats he suffered by his ex-husband. From the police confirmed that at 8:30 p.m. on Tuesday his antipanic button was activated, a patrolman was sent home and called. They also noted that they talked with her, assuring she was disoriented.

As the mother explained, Carla has hydrocephalus and that for this reason has a valve in the head. In the last communication they had, the mother told Telam that "my daughter was very bad at the head and that was why she would go straight home."

"At 21.14 the police said they received another activation where there was a new communication. Here she said that she was in a vehicle that could not provide data on a dirt road with abundant mud" .

The geolocalyzer placed it in the house of Fonts. The police flattened the site, although they did not find clues. At the moment, the man is detained in Marcos Paz. Share the flag of sexual offenders with Rodrigo Eguillor RR.P. and footballer Jonathan Fabbro. So far, he did not provide information about the young man's whereabouts.

"We are desperate, caring for my two grandchildren. We do not want them to know anything. They asked us to say nothing. My lady is moving. We are not accustomed to this. We are afraid"Alfredo, the father of Carla, concluded. He is still in charge of the Prosecutor's Office No. 5, by César Troncoso.