Google+: The final closure will be April 2 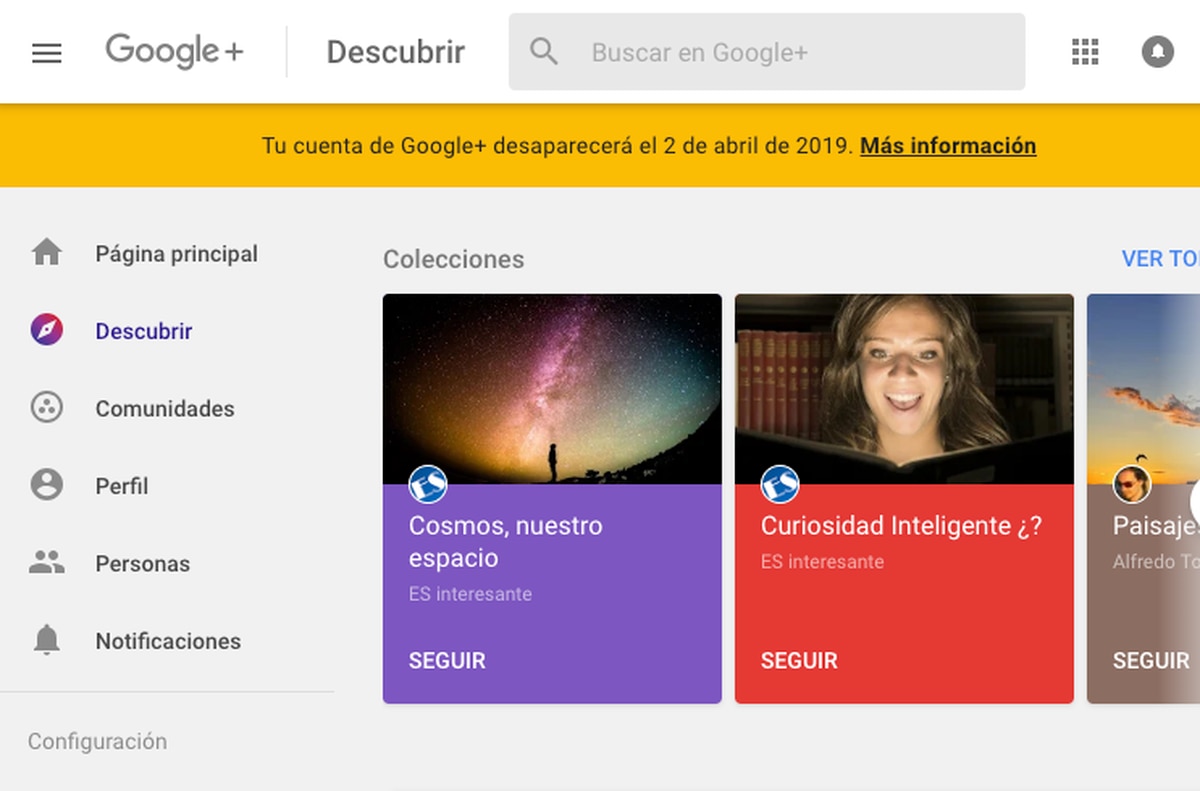 Google today announced that the final closure of its social network Google+ will be produced April 2, 2019, Thus putting an end to a project that was born with the spirit of competing with Facebook, But what never got to settle among Internet users.

The firm, which has already announced its intention to close the platform last year, had indicated that the closure would take place in April, but it was not yet known exactly what day.

Last November, Google employees detected a new security error (which was added to another one already found previously) that exposed private information of 52.5 million Internet users and that helped to precipitate the decision of close the social network

The personal data of the users who were exposed to developers by mistake this time (even if the user had the account configured as private) were their names, email addresses, employment and age .

The data remained exposed between November 7 (date on which Google released a software update responsible for the decision) and on 13th of that month, six days later, when the company found The error occurred and he remedied it.

The company assured Not be aware that during this time there would have been information thefts by third parties, but in any case the data was exposed throughout these six days.