He turned on the autonomous mode of his Tesla and fell asleep in the back seats in the middle of the highway. 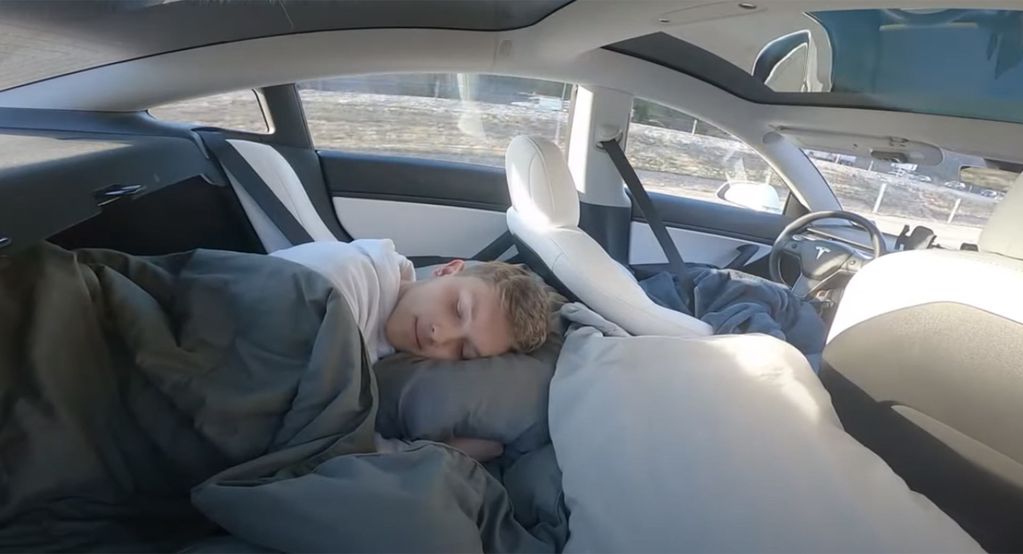 The driver of a Tesla Model 3 getting on the freeway, he activated the Autopilot and fell asleep in the back seats while the car was driving alone, without human assistance. He filmed the scene, uploaded the video to the networks and quickly went viral. No wonder: this is a huge recklessness that could have ended in tragedy.

The owner of Model 3, A young man in his twenties, prepared the ground: he loaded pillows and blankets so that the experience would be complete and he could sleep well, even though his mother was traveling in the front passenger seat. Watch the video.

He slept in a Tesla

the system Tesla autopilot was updated and now some units of the Californian brand can use the 100 percent autonomous driving system in Beta, but beware: drivers must be careful, so we say that this young man was reckless.

With this update, Tesla’s performances move without driver intervention. However, the brand’s CEO, Elon Musk, recommended: “You have to use it with great caution. You can do something wrong at the worst possible time, so you should always keep your hands on the wheel and pay special attention. on the road. Don’t trust them. “

Changing lanes, turning left and right, selecting spaces to follow the navigation route and circulating around other vehicles and objects are some of the capabilities that autonomous Beta driving allows users to enjoy. Tesla.

Since last year, Tesla has a new weighty rival in the electric car market: Porsche. The famous German automaker launched in different parts of the world the Taycan, its first 100 percent green car designed from scratch as such.

Porsche has so much confidence in the customer dispute with Tesla that a Canadian dealership is the brand itself that lends them to the specialized journalists who will handle the Taycan 1 Model S.. In this way, those who wish can make a comparison between the two models, today considered the best in the world in its segment.

“I mean we were definitely and we are sure. It’s one thing to have confidence and it’s another to try it. It was a bit of an unusual way of doing things, but I thought, let’s do it, ”said Patrick Sant-Pierre, public relations manager for Porsche Canada.

The decision also has to do with that in Canada it is not possible to rent a Tesla Model S, So that not even those who are willing to pay to manage the American model could do so.