How to prevent thrombosis from the traveler 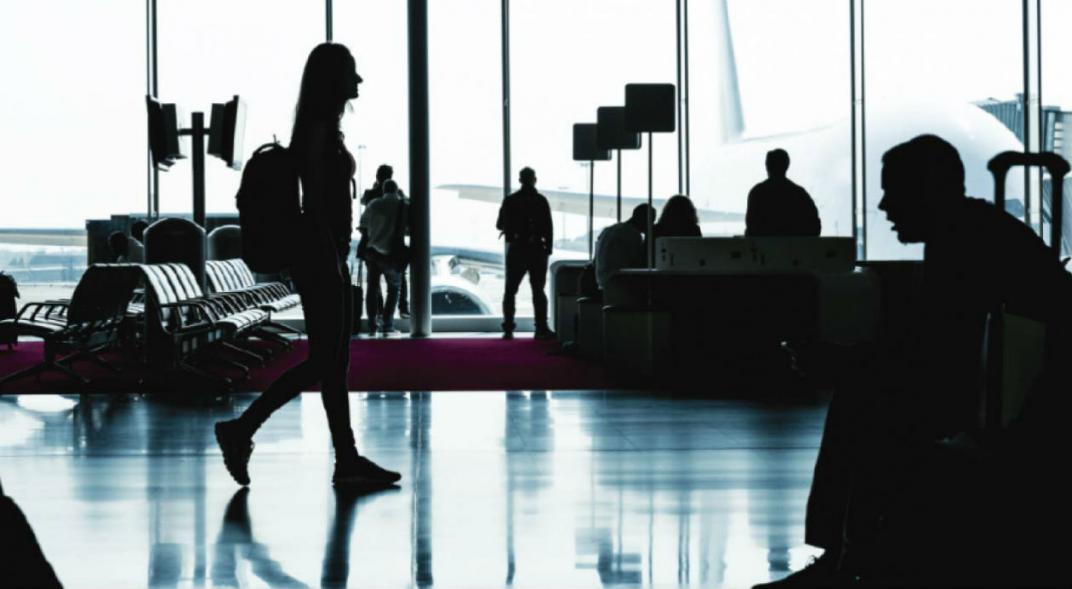 With the arrival of summer and vacation, travel planning is common, some of them are long distance, which means that we keep up with a bit of movement for a while. This can lead to the formation of a clot inside a vein, called venous thrombosis. Although it can affect any part of the body, it often occurs in the lower limbs. This condition is known as the tourist-class syndrome or thrombosis of the traveler.

Staying seated in flights that exceed four hours, or traveling more than six hours in an act or group, is sufficient for our circulation to begin to suffer from alterations that may predispose a thrombosis.

Keeping in the same position, low mobility, low atmospheric pressure and decreased circulatory velocity cause, together, a greater grip of red blood cells, mainly in the legs, due to the flexion of the legs For so many hours, a situation that could trigger the formation of clots. While staying with the knees flexed damages the venous circulation, the risk of forming a clot is relatively low.

The risk of thrombosis will depend on the duration of the trip and the presence of other associated factors, such as heart failure, obesity, thrombophilia, varicose veins, antecedents of previous venous thrombosis, smoking, or a surgical intervention that does not exceed 30 days In addition, there are changes in coagulation that can be inherited or acquired, which favor the development of thrombosis. For the detection of these alterations, specialized studies and high complexity are required.

This disease is considered an affliction because the cause is multifactorial. Most people who have a thrombosis panel linked to trips have at least one other present risk factor that increases the likelihood that it will occur.

The most common symptoms occur in extremities and can start abruptly, progress day by day, or appear hours after a long trip. They are characterized by pain (usually caused by the calf), swelling that does not yield with rest, feeling of heat in the affected area, change in the color of the leg or evident redness, and cramps.

To avoid this situation, it is important to stop and walk every two or three hours, stretch and flex your legs, mobilize arms, rotate shoulders, and move feet and ankles repeatedly.

Wear comfortable clothing and footwear, avoiding tight pieces that reduce the venous return of the limbs, is a point to consider. In people who suffer from varicose veins, it is recommended to use elastocompression averages. Other general measures for long journeys are to ingest plenty of water (not alcohol), do not cross your legs when sitting and not stay in the same position for long periods.

There is a widespread belief that taking aspirin or aspirin prior to a trip lowers the risk of thrombosis. This is not the case, as it is shown that aspirin does not play a role in the prevention of venous thrombosis. In the case that aspirin is consumed by another pathology, as a coronary disease, you should not suspend this medication for a trip or stop following the previously mentioned advice.

Other causes, the same affection

In addition to travel, there are other circumstances that can cause the blood circulation to become slower, such as prolonged immobilisation, the use of splinters or plaster, surgeries (mainly hip and knee) or tumors.

In the same way, some medicines favor thrombosis. This is the case with estrogens, which are used in oral contraceptives or in hormone replacement therapies, which hyperestimulating the coagulation system. If the gynecologist prescribes medication with estrogens, either as a contraceptive method or another clinical situation, it is important to inform the presence of varicose veins, if a direct member of the family presented thrombosis or if there were pre-existing episodes of < This disease, since in this case it would not be the most appropriate medication.

The severity of this disease increases when a portion of the clot occurs, which travels through the blood stream to impact a vein of smaller caliber than the diameter it has, producing -to make a mess Usually this happens in the lungs, causing air shortness, chest pain (mainly on the sides), palpitations and even more severe symptoms such as low blood pressure or syncope. In view of these symptoms, an urgent consultation is important at the nearest health center's guard service.

Considering the difficulties associated with this disease, the early and precise diagnosis is of great importance.

How is venous thrombosis treated?

Currently, there are different types of anticoagulants that can be adapted to each patient, despite the fact that there are specific situations in which a type of anticoagulant is recommended in front of another.

The hematology service of Sanatorium Allende has doctors specialized in the detection and treatment of venous thrombosis and haemostasis, adapting each approach in a particular way.

The most important thing about this illness is prevention: the most significant measure to be protected from it is knowing the predisposing factors and the symptoms to know if we are at risk.

If you decided to travel and previously had 1 clot, if a relative has a history of them or disorders of the hereditary coagulation, or if you are taking anticoagulants, it is important to do a pre-doctor consultation.