In an atmosphere of pain, Macri promised not to leave the search for ARA San Juan 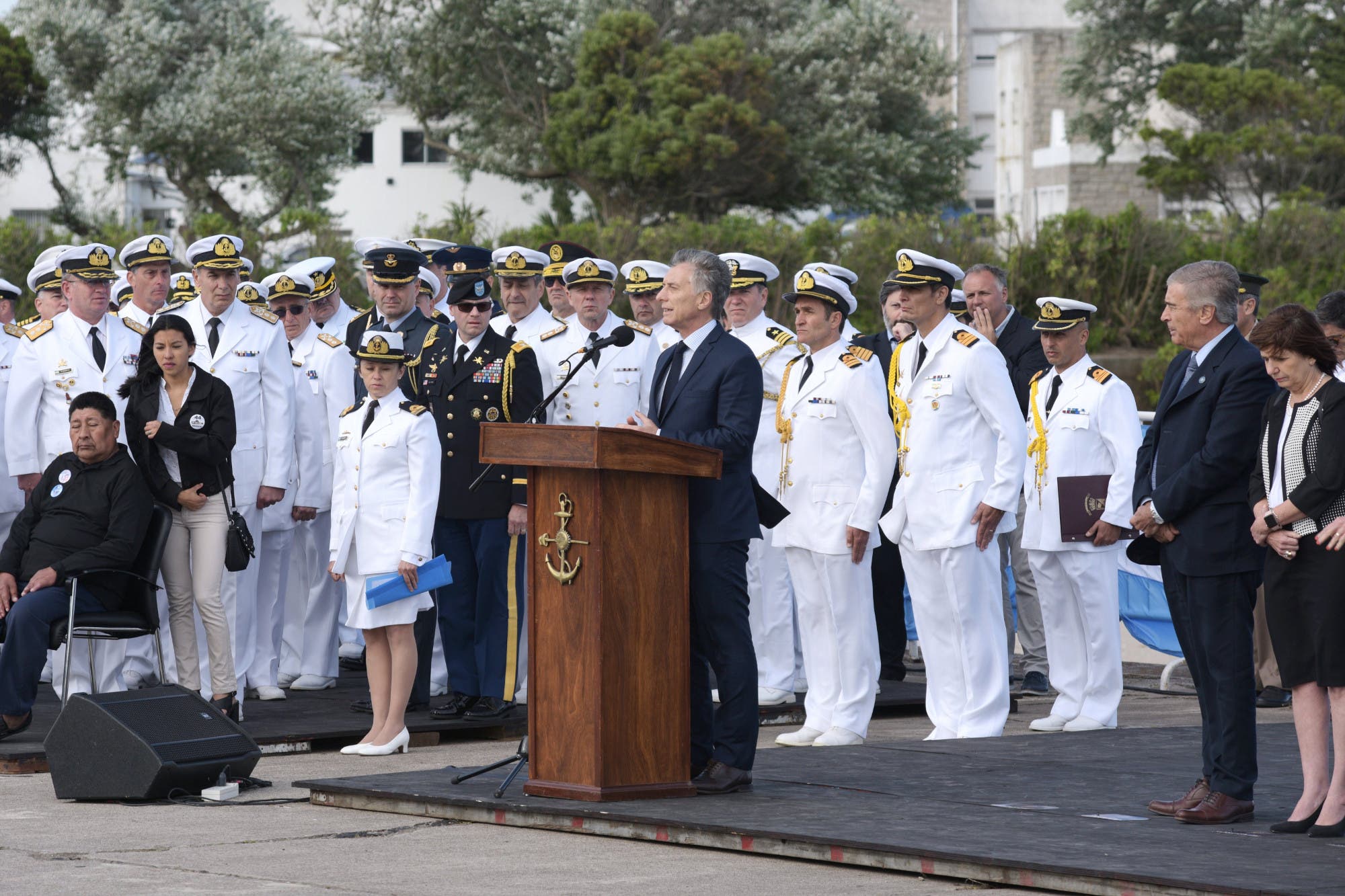 MAR DEL PLATA. The presidential visit did not leave any other chance but exclude the open door event that was scheduled
members of the crew members and change what the navy planned.
One year after the disappearance

, in the climate of torment and deep pain,

He convinced yesterday that the government would continue to look for a submarine. "We will not abandon them," he assured the 250 parents, women, brothers, children and friends of 44 missing, who later revealed their distrust of this commitment.

"He did not run me, he said something that was not true, he was never with us," Zulma Sandoval, the mother of the leader of the sonarist Celso Vallejos, who was the circus clown, described the participation of the head of state at a ceremony that took place yesterday in marine base Mar del Plata, where he said that he and his relatives were "from the first day".

"He barely gave us 45 minutes a year," he recalled two previous meetings, one very short and tense in that unit, and another, more extensive, in February at Casa Rosada. "We camped for 52 days at the Plaza de Maio, we would get it," he regretted when Macri had already retired.

This ceremony attempted to serve as the first official recognition of the missing crew on November 15, 2017, when it sailed to Mar del Plata. Family members took care to check that programming did not contain references that alluded or taken healthy for the almost fatal fate of the sailors. That was, except for the final reference from the president when he said he hoped that ARA San Juan's pavilion, which was delivered to the head of the submarine command yesterday, was "planted in the Argentine sea in memory of our 44 crew members who will remain in memory and the hearts of Argentina for good, they are an example of what it means to serve the state. "

Macri approached and accepted only Juan Aramiio, the father of Jude Dante Aramaio and appointed
read a letter in which relatives left a message to the authorities. "Being here does not mean we stop waiting and feel we can find them," said Minister Oskar Aguad (defense), Carolina Stanley (Health and Social Development) and Patricia Bullrich (Security) and Navy chief, Vice Admiral Jose Luis Villan.

Emotivas, with the paragraphs summarizing these months "looking at the sea every day, in the hope of seeing them" to 44 crew members, relatives emphasized the Government's commitment so that it does not abandon
search for a submarine. They were seeking a law that guarantees it until a budget for the power responsible for the necessary deployment is found. "Starting from the truth, without lies or false expectations, respecting 44 Argentines and their families," they asked.

The attitude of most members of the crew family to President and Minister Aguad has always been very tense and with severe confrontations. "I laid 52 days on the Maio Beach and I never came close," said Marcela Moiano, the wife of the uncontested Hernan Rodriguez.

Macria's passage served to confirm the government's interest in promoting the reason why federal judge Caleta Olivia, Marta Ianez, is being processed. Yesterday he recalled that in a few days the report of the Investigative Commission will be completed. "We have a non-binding commitment to the truth," he insisted, before he expected that he would raise the outcome of the judiciary.

Approaching the calls on the ship's base on March 15, relatives plan to repeat their street-cutting program yesterday – a rhythm of traffic lights, to allow circulation – and this time to add a good part of citizenship that will follow them yesterday with flags. They had to reject it because Macrie's presence had a security operation that prevented access to the ship's base.

"It was good for me, it was a crew present," acknowledged Rakuel, the mother of Lieutenant Fernando Mendoza, who sailed to ARA San Juan. He recalled what happened "something terrible for his family" and those of the crew.