Lavagna and Massa had their peak, secretly and without photos 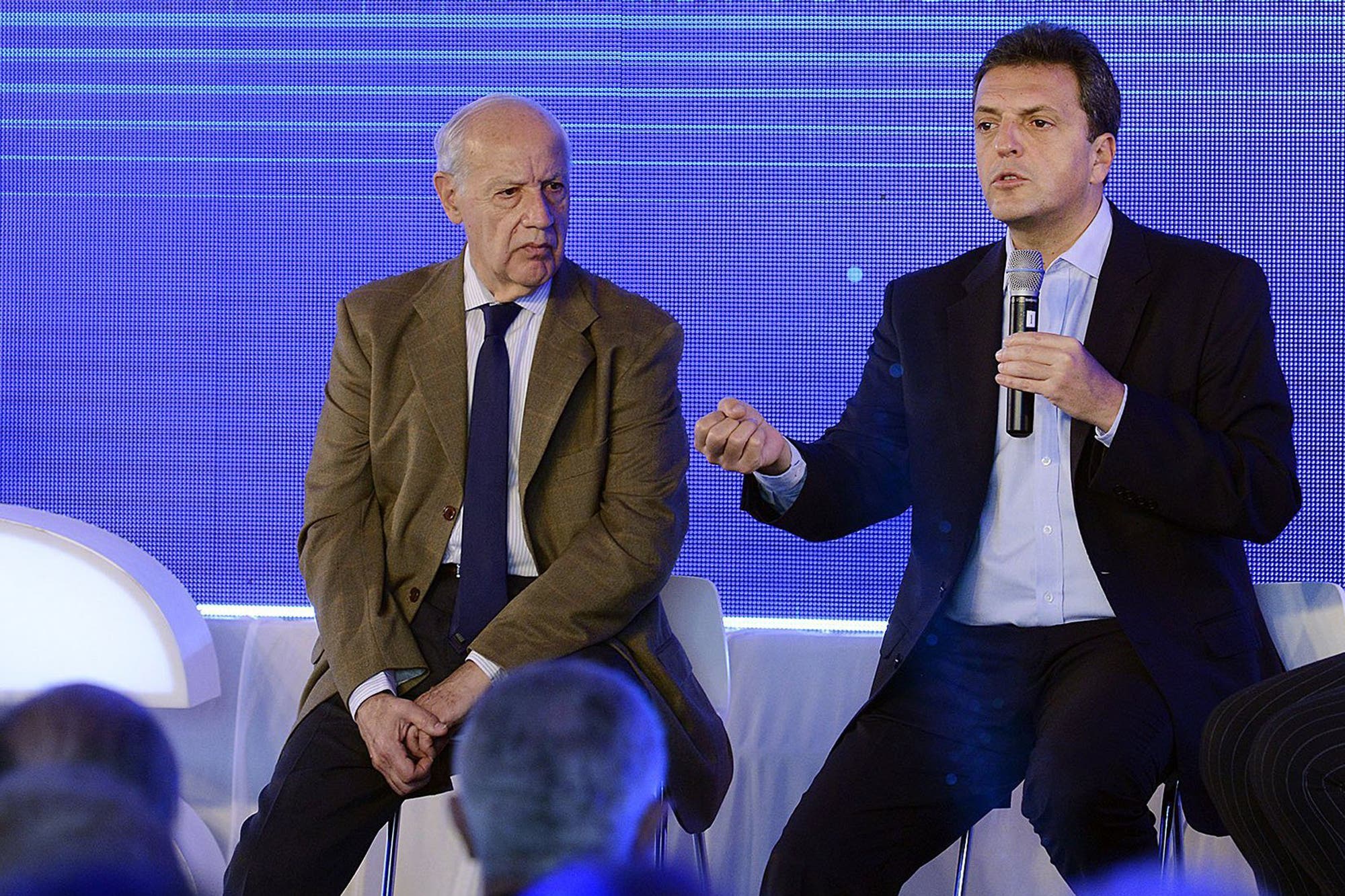 They were seen in the neighborhood of Saavedra, after the meetings that the economist had with Lifschitz and Pichetto, who went to the presidential race

After receiving at Carilo's house –
and share photos with them – the santafesino governor,

, I to the national senator

, That in later declarations they were in charge to raise it to the presidential race,

met before yesterday, at his Buenos Aires home, with

. All alone, without advisors or photos.

Contrast can be interpreted from one end. That it was an encounter more than those that every 15 days – and months ago – share the economics minister and the leader of the Renovador Front and that, like the previous ones, it did not need to be portrayed nor disclosed. Or that, on the other side, not disclosing it was the chosen option because the link between Massa and Lavagna is not equated with the rest of the parishioners who come for them days to economist.

The two visions were part of the theories that yesterday approached the protagonists, who in all cases denied that the versions of a national application of Lavagna had generated tension with the tigrense, who already bleached His presidential ambition and had in Lavagna, since 2013, a consultant and political partner, not a rival. Not because the candidacy of Lavagna is a reality, but because his only statement projects a shadow that overshoots the movements of Massa, Pichetto and the third contender of the Federal Alternative, the governor Salteño Juan Manuel Urtubey.

The real projection of this shadow is also a matter of debate. With Lifschitz at the head, those who visited Lavagna in recent days did not hesitate to point out that the economist is interested in fighting, although they considered conditions that seem impossible today to materialize: Former minister would accept being a candidate of an opposing unit without internal and with sufficient power to overcome the polarization between President Maurici Macri and Cristina Kirchner.

In order to fulfill this approach, it would only be enough to convince Massa, Urtubey and the voters of the former president.

In the nearby Lavagna environment they repeat the same mantra for other electoral years: that the economist does not think he is a candidate, who thinks it is time for "young people" and that he is only interested in helping him build an electoral unit capable of translating into a government of national unity.

They interpret that progressive like the governor Lifschitz need a figure like Lavagna in the presidential ticket not to force its voters to participate in an internal Peronist nor its party, the socialism, to become tail van of the ambitions of Massa, Urtubey and Pichetto.

They also understand that behind the emphatic support of Eduardo Duhalde and some trade union chiefs in Lavagna he conceals the will to put a foot in the negotiation table that the candidates of the Federal Alternative intend to deploy with the governors of the PJ.

Consulted by LA NACION, Massa and Lavagna did not raise the mystery of the meeting in the neighborhood of Saavedra. "Roberto is a generous type who always put the shoulder to build a political alternative and that represents a lighthouse that Argentina looks at when it thinks of growth and more in these times of economic crisis," said the Get rid of your host. But nothing about the meeting. In that he agreed with Lavagna.

In the Renewable Front, they praise the link between Massa and Lavagna with anecdotes of the times in which both survived the transition between the presidency of Eduardo Duhalde and that of Nestor Kirchner.

But, above all, they point out that it is not the first time that "from outside" tries to shake up the relationship. They point out that not only Daniel Scioli as presidential candidate for Kirchnerism, but also Mauricio Macri as elected president tried to add Lavagna to their teams.

After a tour of the routes of Mendoza and a new raid that this weekend will bring him first to the interior of Buenos Aires and then to the north of the country, Massa prefers to leave the novel of Lavagna .

Yesterday, he presented a report on inequalities in Argentina, which measures from labor, health and educational disparities between the most postponed provinces and the Federal Capital to the imbalances between men and women.

With this report under his arm, he will leave today to General Madariaga and Tordillo, and on Monday to Maipú and Coronel Vidal, in the province of Buenos Aires; while on Tuesday you will travel to Salta, where you will see with Urtubey, and Wednesday in Tucumán. Followed by its own shadow.