Madness in Rosario: a customer got angry because there were no common cigarettes and attacked a kiosk 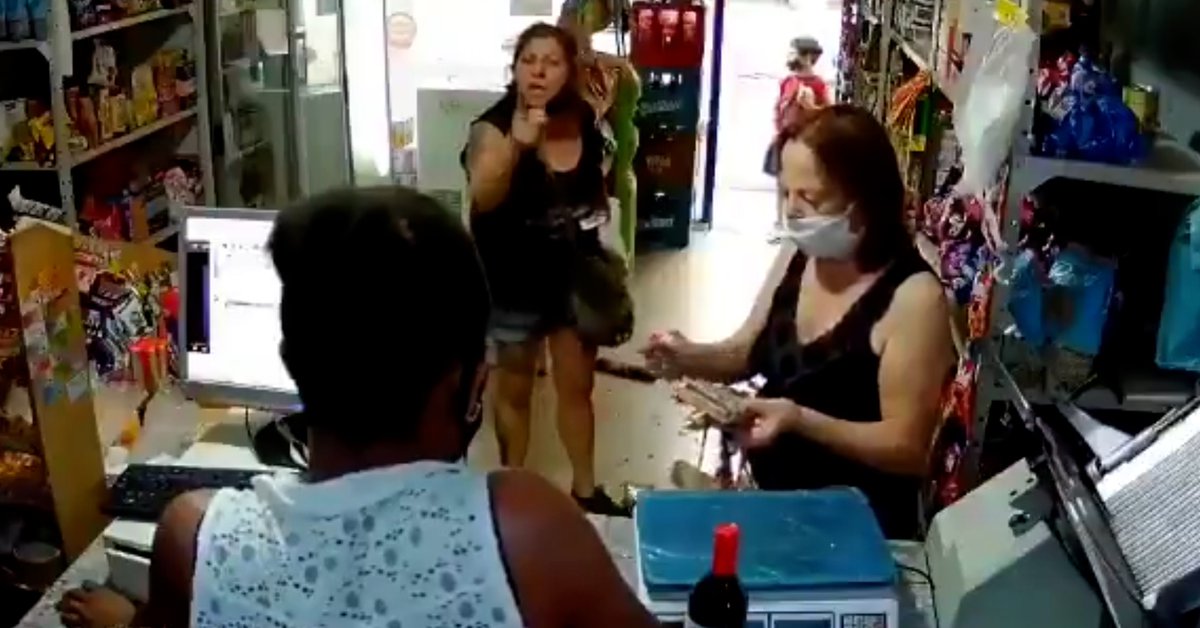 They attacked the employee of a kiosk in Rosary

A worker at a kiosk in the city center Rosary was the victim of an attack by a client who reacted violently because she was not sold common cigarettes and began throwing bottles and other merchandise products. It happened during the past Thursday afternoon and the scene was recorded in a video that went viral.

It all started minutes before 7pm at a shop located on Maipú Street at 1200. At that time, there was also another client on the premises who was left in the middle of the episode of madness. The incident originated when the assailant ordered five loose cigarettes and the employee, a young woman of Haitian descent named Queteaut, told him that he could not open a new package to sell it at retail, and instead could offer it only in its mentholated version.

In the images captured by the security camera of the trade, it is heard that, in principle, the woman tells the worker that she had “served the customers well” and told her that when she was the owner if they opened a pack of non-mentholated cigarettes for sale loose. He immediately warns her in a threatening tone: “Your work will not last long”. And when it seemed that his discomfort was over and he would retire from the place, he began to throw the products of the gondolas on the floor. 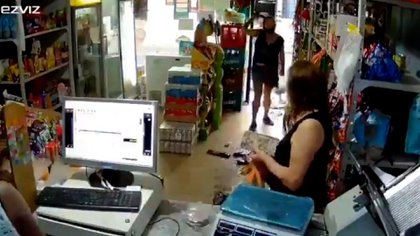 Disengaged, while throwing the merchandise on the floor the customer too he began to insult the employee and provoke her with these xenophobes. He then tells the other client who looks stunned at what is happening: “Look ma’am, don’t steal anything from me. I threw things at her because she’s a daughter of a bitch. And you, treat customers well. You always do the same thing, you bastard.”

In the middle of the situation, Quetaout responded and returned one of the products launched by the woman. This only aroused all the fury of the client, who said “you get to touch the child and I swear I’ll blow you up.” The aggressor was at the time accompanied by a minor who ran away frightened by the violence.

The customer threw several products at Quetaout, who managed to protect herself and take her cell phone to ask for help. “Bitch, dirty. Thank you for being fed here”, She told the young woman and warned her that her husband “is a Federal police officer.” He finally threatened her saying the discussion would not end here.

“He threw things at me, threw bottles at me, everything. One hit me in the back,” the kiosk reported. He also said that the customer lives in the area and that she goes shopping frequently. “It bothers me a lot what he told me, I’m afraid he’ll come back and treat me like that again, to hit me or do something to me”, The young woman finished.

A union leader was arrested for beating a couple who had parked in front of the union’s mutual fund.
They suspect a new attack by the Chinese mafia: he shot at a cashier in a supermarket while filming with his cell phone
Video: A trade unionist threatened and assaulted a supermarket manager amid a claim for the New Year’s bonus
The fierce beating of a man who did not comply with the quarantine to a guard who warned him of his behavior