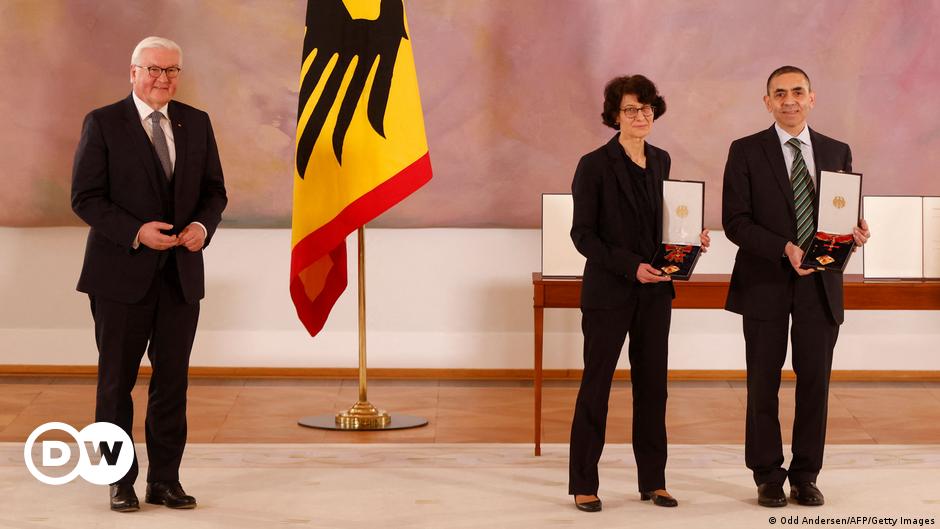 “Ugur Şahin, Özlem Türeci and Katalin Karikó receive the Paul Ehrlich Award and Ludwig Darmstaedter 2022 for their vision and perseverance in the development of RNA as a therapeutic principle,” said Thomas Boehm, president of the Paul Ehrlich Foundation. The three scientists have complemented each other in their work. “A decisive combination for his success,” Boehm adds.

The goal of the winners was initially to develop and advance new therapies against cancer. “Imagine being able to individualize therapy for each cancer patient, based on the genetic characteristics of each tumor. Imagine that this individualized cancer therapy was reproducible, timely, and inexpensive to produce. We want to change the treatment paradigm. cancer patients around the world, ”explained Şahin of BioNTech. Uğur Şahin and his wife, Özlem Türeci, both from immigrant families in Turkey, founded BioNTech, based in Mainz, Germany, in 2008.

At BioNTech, the focus has long been on the development of RNA technologies, although most scientists of the time were specialized in DNA research. “The problem with RNA is that it is a very unstable molecule and therefore seemed inadequate as an active agent,” Boehm explains. Liposomes safely transport RNA to the cells that trigger the immune response in the body.

Due to the short life of RNA, an organism can react quickly to changes in conditions and adapt its genetic program accordingly. What is advantageous in the body causes problems in therapeutic practice. So, to produce an effective messenger-based RNA (mRNA) vaccine, researchers had to come up with something.

RNA wrapped in drops of fat

“The trick is to pack this RNA into fat droplets, into liposomes. This preserves the RNA as in a plastic bag and protects it from the enzymes that would attack and destroy it,” Boehm clarifies.

When the pandemic began, in January 2020, Şahin and Türeci focused their scientific work on finding a vaccine against the hitherto unknown coronavirus infection. At the time, probably no one believed that BionNTech would take less than a year to develop a promising mRNA vaccine.

First, the researchers had to find out what the genetic information of the new coronavirus was. “They already knew how to package RNA, so scientists were able to produce the corresponding RNA molecules for the production of an RNA vaccine in a matter of weeks. This is one of the main advantages of an RNA vaccine. “RNA. It can be produced in large quantities almost overnight,” says Boehm. 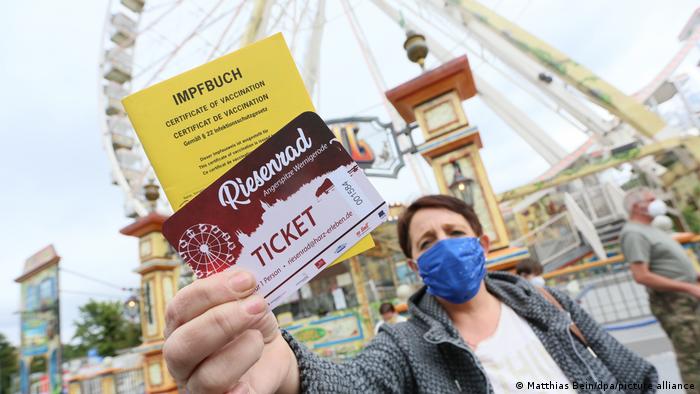 Vaccination fun: in Dresden you can give a free ride on a wheel by presenting your vaccination card.

Just before Christmas 2020, BioNTech, together with the US pharmaceutical company Pfizer, received EU approval for its vaccine, which continues to play a crucial role in containing the global SARS-CoV2 pandemic. . But his research on cancer also continues to occupy a large part of his research. With the success of BioNTech, the two researchers now have the necessary funding.

Şahin himself stresses that this is not only the result of his personal success, but that of many scientists and researchers. Among them, the winner of the third prize, the Hungarian Katalin Karikó. Karikó, a biochemist specializing in mRNA, never lost sight of its purpose, not even in the 1990s, when DNA research predominated.

Due to its instability, the use of RNA did not seem realistic and the projects had major funding problems. The scientist persevered in her research on the role of the messenger substance mRNA. Karikó was instrumental in this development and ultimately in the development of the vaccine.

A success story of migrants in Germany

Şahin arrived in Germany with his mother four years ago in İskenderun, Turkey, to meet his father in the city of Cologne. He went to school in the metropolis on the banks of the Rhine, then did his baccalaureate there and studied at the University of Cologne, where he received his doctorate in Medicine in 1990. There he worked as an internist and oncologist at the University Hospital until the year 2000, and acquired the qualification as a lecturer in the chair of Molecular Medicine and Immunology in 1999.

The three researchers have already received several international awards. They will now be awarded the renowned Paul Ehrlich and Ludwig Darmstädter 2022 Prize. This will be presented on March 14, 2022 at the Paulskirche in Frankfurt. The most prestigious Medicine prize in Germany is endowed with 120,000 euros.