NASA warns that a dangerous Antarctic glacier is collapsing 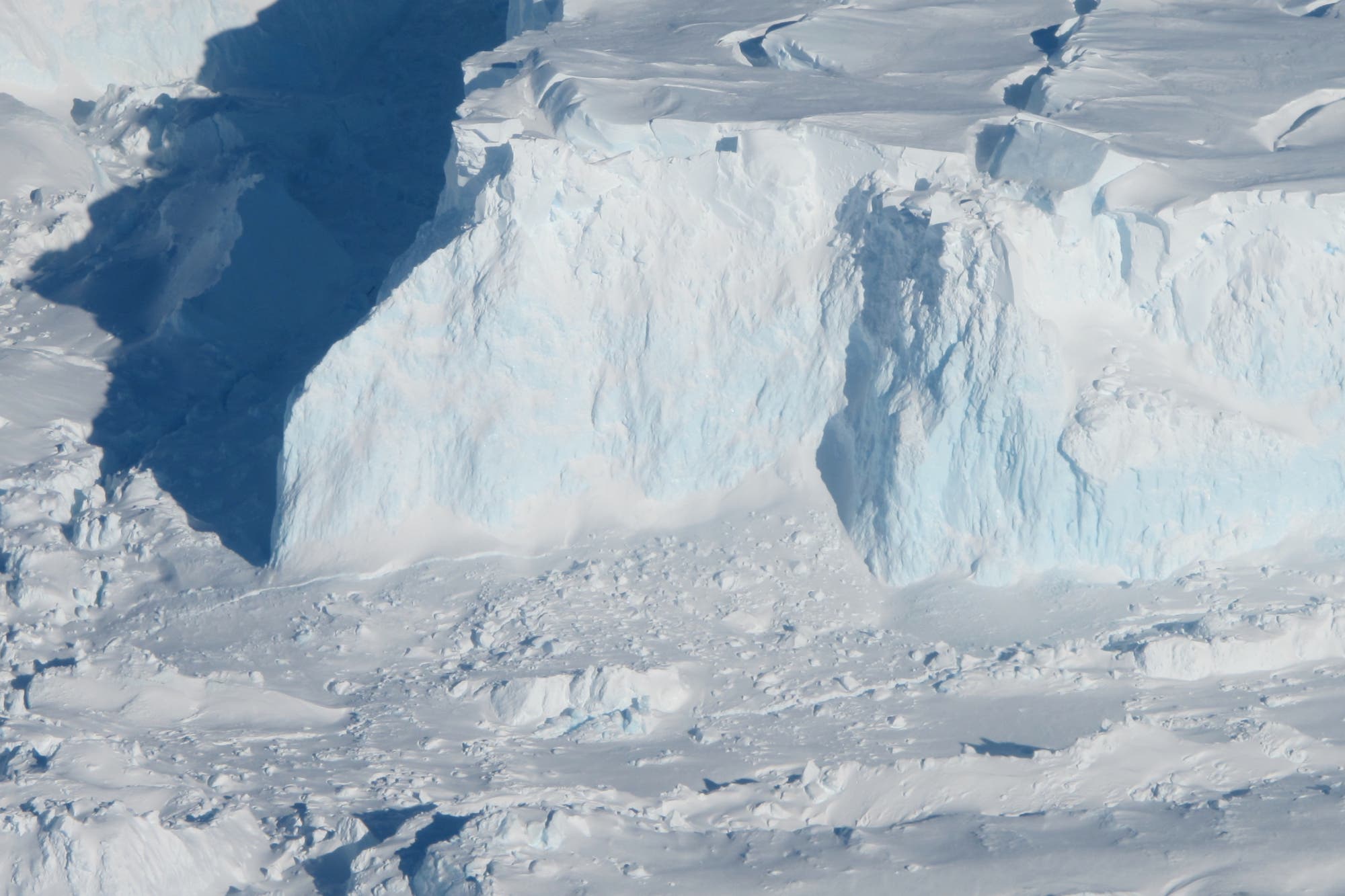 A giant cavity, 40 kilometers square and 300 meters high, grows at the bottom of the Thwaites glacier in the western Antarctic, and confirms that this ice mass is disintegrating.

This is confirmed by a new study led by the

which also highlights the need for detailed observations on the lower part of Antarctic glaciers to calculate how quickly global sea levels will respond to climate change.

The researchers hoped to find some breaches between ice and rock bottom at the Thwaites base, where ocean water can flow and melt the glacier from below.

The size and growth rate of the new hole, however, surprised them. It is large enough to contain 14,000 million ice tones, and most of this ice melted in the last three years.

"For years we have suspected that Thwaites was not well subject to the underlying rock," said Eric Rignot, from the University of California, Irvine, and from the Jet Propulsion Laboratory (JPL) of NASA. Rignot is co-author of the new study, which
is published in Science Advances. "Thanks to a new generation of satellites, we can finally see the details," he said.

The cavity was revealed by a gel penetration radar in NASA's IceBridge Operation, an airborne campaign that began in 2010 and studies the connections between the polar regions and the global climate.

The researchers also used data from a constellation of synthetic radars of Italian and German spacecraft. These high resolution data can be processed using a technique called radar interferometry to reveal how the surface of the soil has been moved between the images.

"[El tamaño de] a cavity under a glacier plays an important role in the merger, "said lead author of the study, Pietro Milillo, of JPL." As more heat and water penetrate the glacier, it melts faster, "he said.

The numerical models of the ice layers use a fixed shape to represent a cavity under the ice, instead of allowing the cavity to change and grow. The new discovery implies that this limitation probably makes these models underestimate the speed with which Thwaites is losing ice.

The Thwaites glacier, of the size of the state of Florida, USA, is currently responsible for approximately 4 percent of sea level rise worldwide. It has enough ice to raise the world ocean a little more than 2 centimeters and holds it in neighboring glaciers, which would raise sea level to 2.4 centimeters if all the ice was lost.

Thwaites is one of the toughest places to get on Earth, but is about to be better known than ever. The National Science Foundation of the United States and the National Environmental Research Council of the United Kingdom are setting up a five-year field project to answer the most critical questions about their processes and characteristics. The International Thwaites Glacier Collaboration will begin its field experiments in the southern hemisphere of 2019-20.

The huge cavity is located under the main trunk of the glacier on its western side, the furthest side of the Western Antarctic Peninsula. In this region, as the tide rises and falls, the ground connection line is removed and progressed through an area of ​​approximately 3 to 5 kilometers.

The glacier has been raised from a rocky ridge to a constant rate of around 0.6 to 0.8 kilometers per year since 1992. Despite this stable rate of retreat in the line of Land, the fusion rate on this side of the glacier is extremely high.