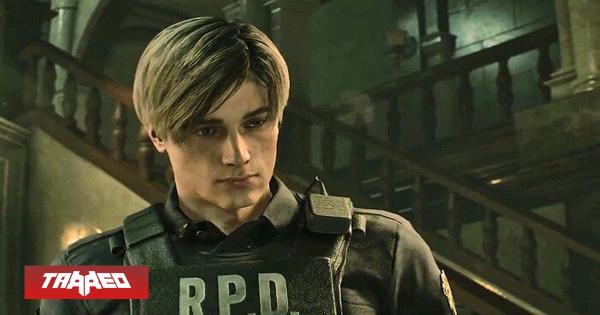 It is correct to say that one of the most anticipated video games of this year is the remake of Resident Evil 2, Video game to be released in 2019. The news website, Kotaku, provided its followers with new information on how the story of one of the protagonists of the video game will be carried out, Leon.

You can read: Demo on consoles of Resident Evil 2 Remake would arrive on January 11th

We can remember that in the first delivery Leon I had the role of a novice agent who was late in his first day of work in his office, this is because of his recent separation with his partner, which led to a state of mood of sadness so great, that he constantly smothered his sorrows in alcohol.

But unlike the previous version in this, the character's story changes to the following: "The new officer Leon S. Kennedy was assigned to Raccoon City. Before taking action, however, he was home waiting to receive orders. After no-one contacted him and began to feel that something did not fit, Kennedy headed for the station. After his arrival at Raccoon City, his life changed completely. "

Capcom He has not yet revealed any further information on what was the reason for this change in its history, so we only have to wait for a confirmation from the company.