Rubinstein: "You can not say it's controlled" … 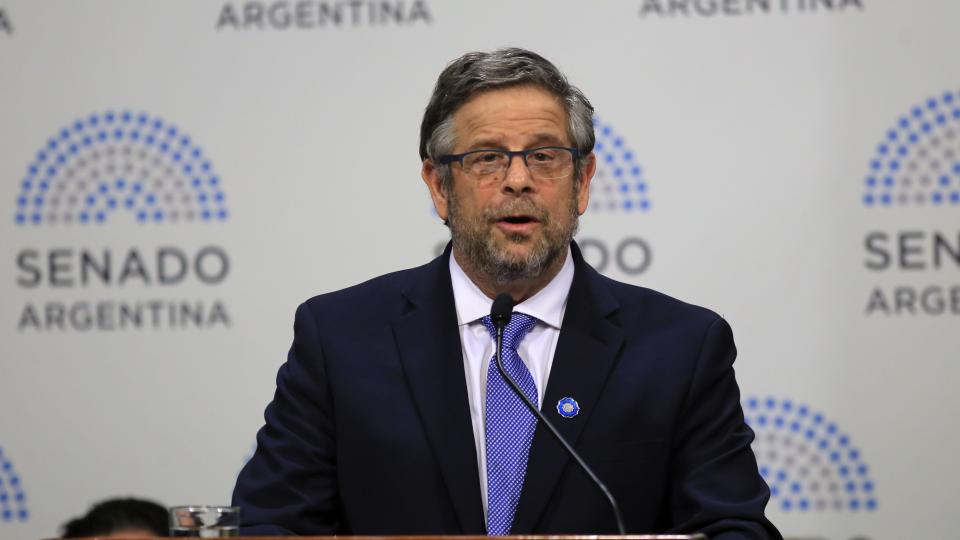 The Ministry of Health of Salta confirmed today the first death of the year by hantavirus in that province, but they clarified that it is a strain different from the one that caused the ten deaths in Patagonia, since the fundamental characteristic of the salteño virus is that " It is not transmitted from person to person. " A first case of hantavirus in Jujuy was also confirmed, while four other suspected cases in the province are being studied. According to Health Secretary Adolfo Rubinstein, the outbreak of Epuyen responds to a mutation of the virus that changed the pathway of infection. "You can not say that it is controlled," he said.

The Ministry of Health of Salta confirmed the first death in that province. "It is a rural worker who entered the Hospital Juan Domingo Perón de Tartagal on January 1 and passed away on 7, but the confirmation that the cause of death was the hantavirus occurred just yesterday," the health authorities explained. As they said, "this is the first case of the year and the first deceased" in this province that last year recorded "37 cases confirmed with seven deces."

On the other hand, there is a person admitted to study as a "second suspected case" of hantavirus, for "presenting all symptoms and having been hunting in the same area" where the deceased person, the town of Coronel Cornejo, contracted the virus department San Martín whose head is the city of Tartagal. The 19-year-old man evolves favorably, he has already come out of intensive care.

Boards of the Ministry of Health Salteño clarified that the strain of the virus that circulates in that province is the Bermejo or Orán strain, which unlike the Andes strain, from the south, the contagion does not occur person to person but only through contact with the secretions of the mouse carrying the virus.

From Jujuy, in the meantime, they reported the first case of hantavirus confirmed in that province, while the tests are followed in four other suspected cases. "It is about a person who is admitted to a private clinic, has respiratory difficulties and we are seeing their evolution. He is now receiving necessary treatment," said Veronica Serra's Health Promotion and Prevention secretary secretary.

The 58-year-old ill, a private clinic of San Pedro is located -65 kilometers east of San Salvador de Jujuy- where, apparently, he worked in sheds. "It is going to investigate well how the route has been, it is important to determine how and where it could have been infected," Serra explained.

Health Secretary Adolfo Rubinstein said that "the outbreak of Epuyén can not be said to be controlled". "Our hypothesis is that there has been a mutation of the virus that has changed the contagion pathway: so far what there was was an environmental contagion, that is to say it was due to the urine of the rodent, and what has been modified is the transmission pathway from person to person, "he told Radio Con Vos.

"That change in the characteristics of the virus is what we are studying at the Malbrán Institute, which is the national reference institute," added the official who will travel this afternoon to the city of Esquel and his neighbor Epuyén, where he will remain until Thursday.

When evaluating the outbreak of the disease, he said he can not risk "to say that he is controlled." The entourage that will be traveling this afternoon to Esquel will include specialists from the Malbrán Institute, the National Epidemiology Department, intensive care at El Cruce Hospital and the president of the Argentine Association of Epidemiology.

The last official part of Chubut indicates that there are 28 positive cases of hantavirus and 10 deaths due to that disease, while 94 people are found under selective respiratory isolation to stop the spread of the virus.

Hantavirus is a disease caused by the Hanta virus that occurs through contact with the saliva, feces and urine of infected mice that, once dried, can be inhaled. The disease, for which there is no specific vaccine or treatment, can affect the function of the lungs and the heart due to an inadequate response of the immune system and in some cases lead to death.

According to the health authorities, the rate of lethality observed in this outbreak is that expected for the Southern Andes strain of hantavirus (between 30% and 50%).