Sabrina Rojas and her photo embraced Luciano Castro: "Dinner went to the beach" 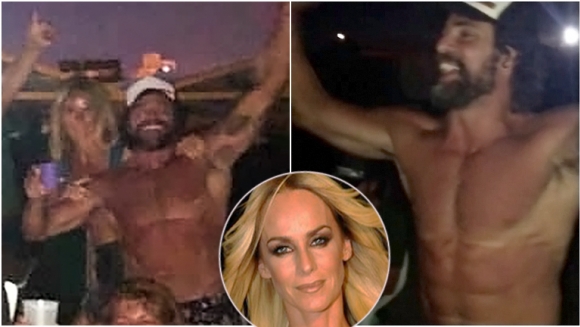 Although everyone denies it, the actors are shown together and in a good mood in the networks.

They themselves say that the relationship improved and that, although they do not speak of reconciliation, their relationship is good today. On holiday in Mar del Plata, Sabrina Rojas he used his account of Instagram to be very fun with friends and, of course, with Luciano Castro.

The actress recorded her singing husband while sharing a night between her loved ones: "Dinner went to the beach", he put, and a few minutes later he uploaded a photo of the group that was taken on the beach . The detail? Sabrina appears embracing the actor and putting super smiles.

More about this topic

Images come after that Ángel de Brito he played Luciano's sayings in his account Twitter: "They're not reconciled" But the relationship improved. "We're here, but maybe in 20 days we're sick again," they say, "the driver of Los Angeles tweeted morning "It's not enough, crazy, just enough how we're going to fight with you. Run it. I put the picture because it's my Instagram", goes repeat the words that he gave him the actor.

An image speaks more than a thousand words: Sabrina Rojas i Luciano Castro, So close.