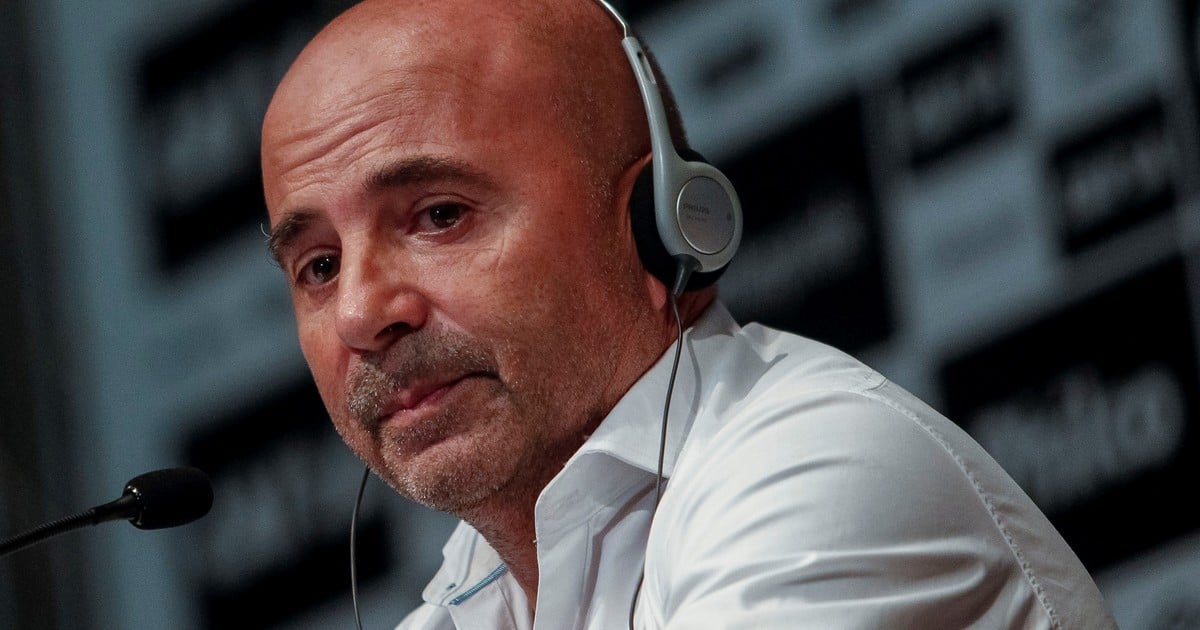 The cycle of Jorge Sampaoli to Santos did not start well. A week ago, after his first match as coach of the Brazilian team, he told the press conference that his move was to be "At the height of the history of Pelé, Neymar and Ronaldinho"Although Barcelona never played in the paulista club.

This Friday, in his next contact with the press, the Casildense left a disturbing phrase again: he explained that he did not know the financial situation of the Brazilian club. And he let loose: "If I had said that Santos was not right, maybe I …".

"About whether he knew about the financial situation of the club, the truth is that no"He started the coach of the Argentina Selection." I was clear that I was coming to a club that gave me the chance to run a large team, which was going to fight a lot of situations throughout the year, but I did not know about the bad financial situation, "he added.

Sampaoli signed a bond for two years with Santos and since its arrival the leaders only gave it a boost: the Venezuelan Yeferson Soteldo, who will use the mythical 10 and to which the Argentine knows about his move through the University of Chile. At the age of the DT is to hire Nicolau Blandi.

"The board knew that some players would come out (they would be Gabriel Barbosa and Rodrygo) and that a coach would come in another style. It was necessary to empower the squad with new players. This was discussed at a meeting and talked about the managerial promise to contemplate this reality. We are now waiting for that to happen, "he emphasized.

Again consulted on the economic reality of the club, Casildense launched the phrase that now resonates in the local media: "I do not speak about administrative situations. If I had said the club was not right, maybe I …"He started saying and stopped." That's what we're talking about, impossible. The situation would have been different. I came to make a strong team and I am excited that this happens"He followed in an unlikely attempt to reverse his comment.

He barely arrived at the Sants, where he was received as a hero, the Homenet de Casilda He had a bad news: the departure of Gabigol, the forward who returned to Inter of Italy. The technician will surely hope that his statements will call the leadership attention and that the reinforcements he or she so soon come close to.