Scientists Warn of Steady Increase in Asteroid Impacts on Earth 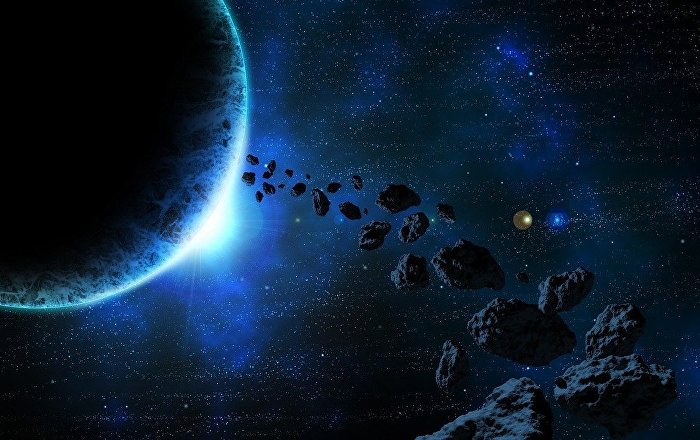 One of the scientists involved in the study pointed out that although the number of space rocks striking earth is increasing, the probability of an asteroid strike wiping out mankind is extremely low.

Having examined data collated by NASA, scientists determined that "at least three times as many" asteroids hit our planet today as compared to the times when dinosaurs roamed the Earth, The Daily Star reports.

Dr. Thomas Gernon, a professor at Earth Science at Southampton University who was involved in the study, revealed, researchers came to this conclusion by studying the surface of Moon, which, as he pointed out, "is our closest neighbor so it hits hits by same population of asteroids ".

According to him, space rocks that plummet towards the earth usually come from the asteroid belt where asteroid collisions "generate lots of fragments, which over time can get nudged toward the earth."

"Over time, these rocks get bombarded by sunlight and there is a process that re-emits this energy, and basically gives these fragments a tiny nudge, which can then send them to a collisional path toward earth. It's a bit like a rising tide ; you have a lot of material coming out of the asteroid belt at one point, "Dr. Gernon said.

I have noted, however, that the probability of an asteroid strike wiping out mankind is extremely low, to put it mildly.

"There is no need for people to worry about this increased flow. We are saying big asteroid impacts – more than 1 km across – went from one every 3-5 million years before 90 million years ago, to roughly 1-2 every million years, "the scientist explained.