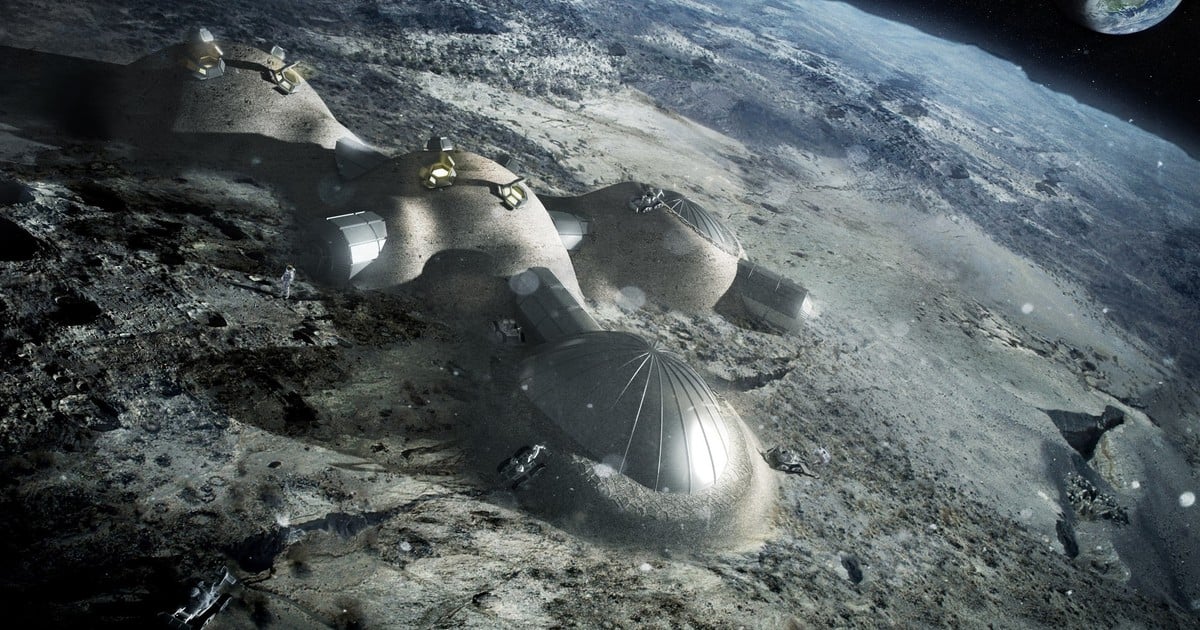 In a crucial coincidence with the 50th anniversary of Apollo 11, different nations are launching their rockets to try a new recapture of the Moon. While the Chinese probe Chang & # 39; i-4 begins to explore its hidden pole, Russia and the United States move the dates of their calendars to anticipate their presence. They expect robotic missions starting in 2020, focused on the scientific exploration of their resources, with the goal of preparing the surface for a prolonged human presence and training astronauts for future Mars missions. It seems that everything happened suddenly, but it happens that this "new war" between powers, which was silent, from the Chinese prowess, entered into an acceleration phase.

Missions to the Moon

Touch to explore the data.

In this new world order that seeks to level out space forces, China emerges increasingly with more power, Russia is dreaming of regaining its galactic prestige and the United States exhibits weakness symptoms. This escalation supports the European Space Agency (ESA), which this week revalidated its intention to found a lunar village, which is added to India and Israel, trying to demonstrate the scope of its technological power.

"There is a political component in this space race and the main scientific goals have an economic will. On the one hand there is China, which needs to prove that it is a super power and has sufficient funds for space research. There are half the United States and President Trump's intention to return to the Moon. These projects have decades of technical preparation and the budget for the next missions of NASA has already been assigned. Russia, on the other hand, is another great competitor and now with Putin proposes to occupy his giant seat although it requires a great investment, "says Pau Mauas, PhD in Physics and director of the Stellar Physics, Exoplanets and Astrobiology group at the Institute of Astronomy and Space Physics (IAFE / Conicet).

With a glance at the edge of the horizon, another reason for recapturing is that the natural satellite of the Earth, separated by 384 thousand kilometers away, It could work as an intermediate station for the first trip to Mars with humans. Thus, the ships should surpass only one sixth of the terrestrial gravity to leave this body.

The photos, in high resolution, of the Moon taken by the Chinese probe chang & # 3; and 3.

"You still need to know the amount of water – in the form of ice – that is on the Moon. The next missions are intended to prospect the ground (the regolit) to know the proportions of water, hydrogen and helio there. It is believed that these materials could be used as a source of fuel. The intention would be to "freeze & # 39; from the Earth and directly, take off from the Moon towards Mars or other destinations. It's not science fiction, but rather a real thing to think of as lunar bases as fuel supply centers", Warns Mauro Spagnolo, planetary geologist of the Andean Studies Institute" Don Pablo Groeber "(DEAN-CONICET).

With the construction of the first Orbital Lunar-Gateway Platform (LOP-G), NASA put him Closing date at 20 years of the EEI and also, upon its return to our natural satellite. Despite the impulse given by Trump to the project, the deadlines were established before the assumption of the president. The first energy module will be launched in 2022, in two years more LOP-G will begin to orbit the Moon and if everything follows the established guidelines, by 2026 the astronauts will once again step on the star.

NASA will use this platform as a laboratory to study the effects of deep space – from radiation to microgravity – during long periods of living organisms. But it will also be used to transport freight and supply future missions.

The counteraction of scientific exploration is commercial operations that surround the satellite. NASA, on an occasional occasion, opened the door to several trading partners that help carry loads to the EEI. Both SpaceX, from Elon Musk; Blue Origin, by the tycoon Jeff Bezos; Like Virgin Galactic, of Richard Branson, they are willing to exploit the tourism and the lunar mining.

"With the arrival of private companies, it is inevitable to establish a regulation and a protocol to which everyone must adapt. What happens if a bad sterilization of the ship produces reverse pollution and in future trips it is discovered that there is life on Mars and we take it or worse, that the existing life was exterminated by a terrestrial bacterium. With these protection measures it is sought to avoid the contamination of the neighboring celestial bodies by terrestrial microorganisms, "warns Mauas.

While Chang & # 39; i-4 was just a step ahead of an ambitious campaign in which The Chinese try to install a base on the south pole of the Moon. For this purpose, the Yutu-2 rover, equipped with a penetration radar for the soil capable of in-depth of 100 meters and two spectrometers to analyze the chemical signature of the terrain.

"At the geophysical level you still need to know a lot, from what is the lunar interior to its evolution. And although there are seismic data, there is evidence that there are still small movements. Before establishing a base , it is crucial to put a global network of seismographs. Small flaws that could be very recent were detected in the images. In terms of soil, there is a type of terrain known as KREEP (K of potassium, REE of rare earth, and P of phosphorus) that is still not understood its origin and distribution. It is important to study it to know how and why it was formed, and this could provide knowledge of the thermal state of the Moon in the past and in the present, "describes Spanish.

It does less than one year, April 2018, despite international sanctions, Vladimir Putin assured that Russia planned to send a cosmonaut to the Moon in 2030 and confirmed the tests to the new Federatsia ferry, the construction of a rocket supervised by flights to the Moon and the construction of a new 700-km square cosmometer in Love, near the border with the China. It was not a new initiative, as early as 2015 it was announced that Russia resumed the space race.

So far, plans for the Roscosmos agency begin with the Moon 25 probe (Moon-Glob) in 2020 for the study of the surface of the polar regions, followed by the Moon 26 orbiter (Luna-RESURS 1) in 2022. Two years later, Luna 27 (Luna-RESURS 2) would take off, a similar probe to the Moon 25, which will have a drill and other instruments of the " European space agency (ESA). At the end of the decade, Luna Moon 28 (Lluna-Grunt) would be taking over the sample, although the development of this project has not yet been approved.

Apollo 11 was the first ship to reach the moon with astronauts.
AFP PHOTO /

When on July 20, 1969, the astronaut's death, Neil Armstrong, was shaking his head by the apollo of Apollo 11 and announced that it was a "small step for the man, but a great leap for humanity", gave rise to one of the great controversies of all time. While a part of humanity fervently believed what he was seeing, the other party discovered that the man came to the Moon.

In this sense, Dmitry Rogozin, the general director of Roscosmos, the Russian space agency, announced, it is not known if in a pessimistic tone the proposal of a mission to the Moon that is in charge to verify if that aspect of Apollo 11 was or was not real.

"We have set this goal: to fly and verify if the Americans were there or not," Rogozin said, following a question about whether NASA reached the Moon or not.

Another contributor to this controversy was the astronomer Philip Plait, who in his book Bad Astronomy, points out that NASA discovered a fatal error in his Apollo 11 rocket, so he launched it No crew while sending astronauts to a Nevada desert set to simulate the entire space mission. He even claims that Stanley Kubrick himself rolled the false fence in exchange for special lenses he needed to shoot Barry Lyndon.

However, the irrefutable proof of the presence of the man is the Retro-Reflector Range Laser (LR-3) that was placed on the lunar surface. Its objective is to reflect a beam of laser light shot from the Earth, in order to measure with precision the distance at which the Moon is at a certain moment. Similar measures have been carried out by a Soviet team using a ruby ​​laser from the Crimean Astrophysical Observatory.