The CGT announced its support for the Fernandez | After or … 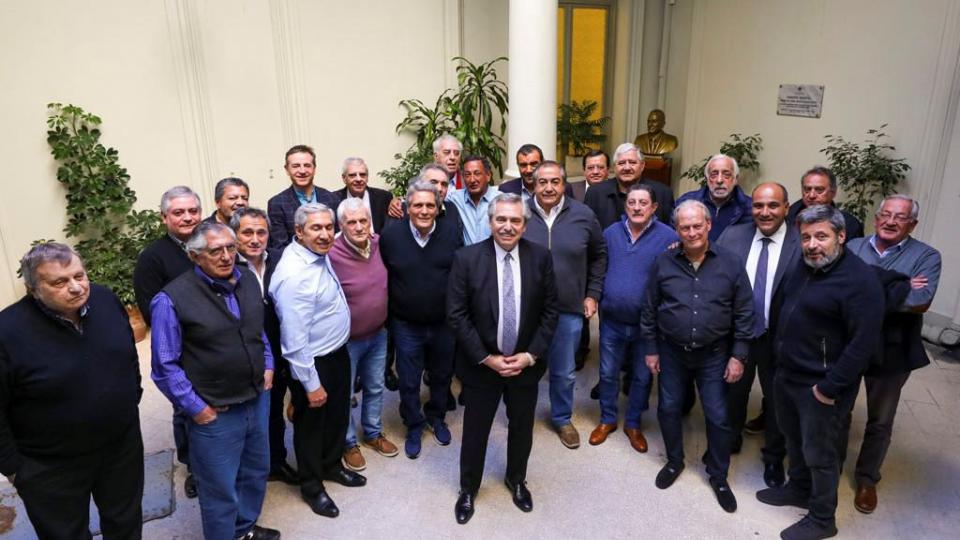 "We assume the deep commitment to work in the electoral process to guarantee the victory of Alberto"Said General Secretary of the CGT, Héctor Daer, after an extensive lunch with the presidential candidate Front of All and almost full of the Board of Directors of the trade union center. "There are four colleagues who support the formula led by Roberto Lavagna, the rest support the candidature of Alberto," Close Daer speculation about how the guilds will play in October.

The meeting headed by Daer, the general deputy secretary, Carlos Acuña, and the foregoing Fernandez, had the participation of most of the CGT Board of Directors and representatives of other unions that were separated from the leadership of the central, as Railways, Taxis, Light and Strength and the Argentina Confederation of Transport Workers (CATT).

"We appreciate the visit of the future president of the Argentines," said Daer as he left the breakfast and criticized the "absolutely wrong" publication of the newspaper Clarín, who published on Monday's cover that the power station would not support No candidate.

The head of the Health Guild assured that the guilds present at the meeting with other grassroots social organizations assumed "the deep commitment to work in the electoral process to guarantee the victory of Alberto and in the Reconstruction of a country that will be delivered destroyed. "

"The objective was to speak with the unions that are represented in the CGT to listen to and to commit to building the future in advance. The link with the unions is very important to us", Thanked Fernández next to Daer at the start of lunch.

"The only thing I hope is that this Government does not continue," ratified Daer the political position of most of the CGT, responding what I expected from the labor reform
demanded by businessmen and endorsed by President Macri
. "We are considering destroying a social structure based on labor rightsThat the Argentine people definitely do not deserve it or wants it, "Daer added.

The All Front's candidate was pronounced in the same vein considering that the debate on labor reform is not a compromise with the CGT if not "with personal conviction." "They say that Argentina needs a job reform, though What the country needs is for the economy to work. The Government is not what it raises and has paralyzed the Argentine economy, "he claimed his position Fernández.

"At the CGT, they are very worried about this present and they understand that we can be the" option ", once again highlighted the candidate of the Front of All Support of much of the center and explained that the points The meeting was "the problems in the union world, the problem of poverty and the conviction to work together to move the country forward."

"Given the political and social conditions, what society thinks as a whole, because Alberto Assume the leadership of a new Argentina"Daer stressed.

The predecessor of the Front of All explained that the meeting with the CGT guilds had been scheduled for weeks, but that his brief internment at the Otamendio Sanatorium, at the beginning of June, had delayed the party.

The pronouncement of the Syndical Front for the National Model, headed by the Moyano and banker Sergio Palazzo, raised doubts about the political definitions within the CGT in relation to October.

"The fragmentations of Peronism moved to the CGT," explained the former member of the triumvirate Joan Carles Schmid, who today met again with his ex-companions to support the formula of Front d & # 39 ; All

Until this Monday morning, the general secretary of UPCN, Andrés Rodríguez, had argued that "the CGT still has no candidate." Rodriguez had been part of a group of trade unionists who met Lavagna last week, but yesterday he described the "Fernández-Fernández" formula as "positive." Finally, this afternoon was present for the backup photo at Albert.

"How will the CGT be neutral if this government wants to leave half of the workers without labor rights?
The CGT is Peronist and will never support this Government, "he had sentenced Daer yesterday before the key meeting at noon.