The espionage of Marcelo Bielsa seized the sports newspapers – 2019.01.16 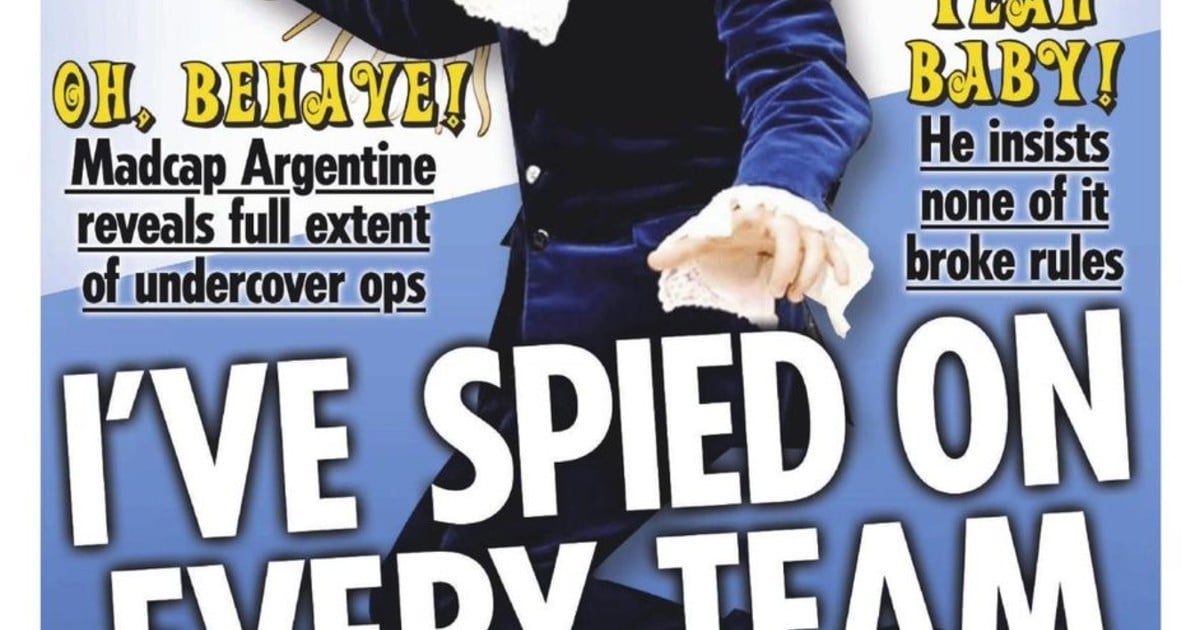 To give a true dimension to the category of Marcelo Bielsa as a coach, he's got to describe what happened this Wednesday. The Argentine leads to a team of the second division of English football. And on a day in which he did not even play his team was transformed into one of the most important sports figures of the day in the world.

The cover of the sports supplement of The Sun. "Spit on all the teams"

This was demonstrated by the social networks that catapulted him to the top spot of the Trending Topic worldwide. Yes, the press conference of a second division coach was the issue that most talked about on Twitter.

The cover of the Daily Telegraph sports supplement. "I lived and let spy".

And the matter goes on, of course. Because he will continue to debate the spying on rivals, which Bielsa justified and endorsed and made noises in English football society. Meanwhile, the main British media echoed the showy talk of the Crazy person in which, in addition to providing his arguments to consider that he did not make any mistakes in order to spy on his rivals, he gave a chair of knowledge Detailed of each team that faces his Leeds in the tournament that leads.

On the cover of the Daily Telegraph sports supplement, Bielsa portrays James Bond, the famous agent 007 with the title: "Live and let spy".

The Sun also gave him the cover of his sports supplement, in this case with the graphic of the protagonist of Austin Power, an absurd spy.

Marcelo Bielsa summoned the press this Wednesday for an urgent lecture in which, according to British media, he was determined to report his resignation to the leader of the Leeds United of the second division. But these were not the reasons. In the end, Crazy just wanted to offer his particular explanations for the espionage scandal that was generated last week.

Bielsa was left behind in the storm after a spy was discovered by him in the Derby County training, just days before. For this reason, the England League opened an investigation and the own Crazy person assumed the fact.

"What I did is not illegal. We can discuss whether it is good or not. I know that not everything that is legal is correct, and that there are many things that are legal and not good. I observed all rivals during this season, "said Rosario. And then he showed in a projector how he analyzes the rivals without needing to see the workouts. He even showed how he analyzed about 52 previous matches of Derby County and other rivals.