Home / argentina / The Government believes that it can reach the PAS with the calmed dollar, the inflation to the bottom and the activity rising – 2019.06.30

The Government believes that it can reach the PAS with the calmed dollar, the inflation to the bottom and the activity rising – 2019.06.30 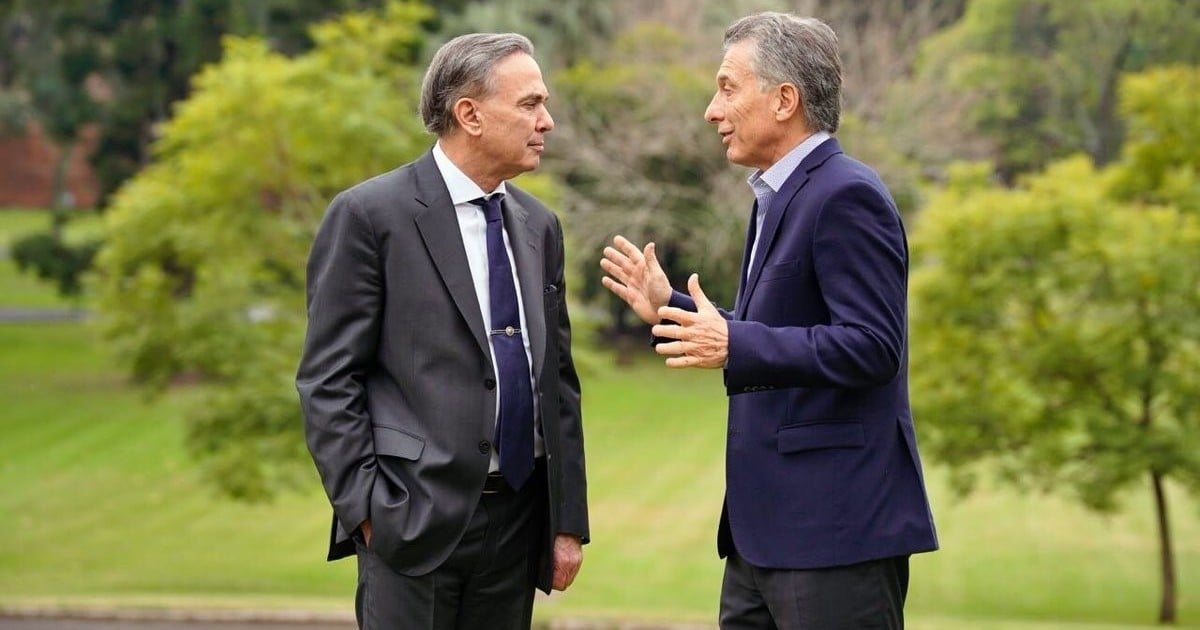 "The conditions are given for to grow again and that inflation goes down. "The phrase is one of the leaders responsible for conducting the country's economic policy and will play a key role in the chances of the official elections. Economic activity could resume an annualized growth rate of 3% and June inflation to be less than 3%. "Dirty work is already done", Trust.

This statement has a special meaning, looking on August 11, on the Sunday of the PAS, An election that does not formally define anything, but it has become crucial, For the projections that are made of the numbers that are known tonight.

After more than one year exchange rate crisis, meganavalación recession and inflationary triggerThe Government believes that it can reach the first electoral test that is better than what he imagined just a couple of months ago. That is, with the calm dollar, falling inflation and economic activity in mild recovery.

The change of mood in the official rings has an accurate date. he Monday, April 29, Before the markets were opened, it was announced that the Central Bank could intervene freely in the foreign exchange market. Financial summary: since then the exchange rate fell 7%, the country risk receded almost 200 points and the stock market rose 45%.

The surveys that are appearing in the last days seem to reinforce the vision that the Government is having. In the official offices, they also list the following list of data that has come to light in recent days. All optimists

– Primary surplus Of $ 36,896,000 between January and May, a figure that supposes an over-fulfillment of the goal with the IMF (stipulates a surplus of $ 20,000 million for the first half). "It's the first time since 2012 that the non-financial national public sector has a primary surplus in the first five months of the year," they say to the Treasury.

– Growth of the economy: It was verified in May after thirteen consecutive months of year-on-year falls. This was measured by the consultant Orlando Ferreres & Asociados this week: this month there was a slight improvement of 0.3% over the previous year and 0.8% compared to April. Indec also published that April EMAE fell (1.3%), the lowest contraction rate since the beginning of the recession. For the Government this means that the recovery is around the corner.

– Exports: Nicolás Dujovne says that exports will boost the recovery of the Argentine economy, for many a bit exaggerated if it is taken into account that consumption accounts for about 70% of GDP. Recently in May the salary could beat inflation. That said, Indec showed that the Argentine sales to the exterior in May registered the biggest jump in nine years, increasing by 16.5% year-on-year and almost 35% in amounts. In terms of commercial surplus it is the best startup since 2012.

In the green outbreaks of the real economy, the Government adds a list of indications to it in the financial front. "Set up a starting point that helps". Note that "a lot of dollarization has already passed and there are companies that had to sell dollars to pay the tax on profits."

In the officialism know that The exchange rate pax has an expiration date. The time to test the intervention mechanism of the Central Bank in the foreign exchange market – approved by the IMF at the end of April – is approaching. With the PAS for almost a month, the probability that the price of the dollar register a sudden jump increases. "It is difficult to rule out a possible increase in currency hedging at pre-election times as happened in other years," says a recent economist Gustavo Reyes, of the Ieral Foundation Mediterrània.

the political scientist Ignacio Labaqui He notes that the government is acquiring a "momentum" that, if you keep it, can give you satisfaction but in the PAS, most likely in the first round of October. "It's giving the polarization you wanted, there's nothing left in the middle avenue," he added.

Both private and government economists clarify that the bottom line – or how they like to say to economists – the bias of economic policy – will not change right here at elections "Bank policy is contractive and rates are high," says a key official. "There is no scenario of low rates and monetary expansion for the elections."

Kings maintain in a work that the intensity of the current recession has been similar to the average recessions of the last 35 years. The issue is that it has been much deeper than those of 2013 and 2015 and the Government accused the impact. "The economy in Argentina would have slowed down its fall in the last months of 2018 and started a slow recovery in the first months of 2019, with the exception of March where most indicators are going deteriorate due to the dollar jump. Provisional data from April and May show that in these months you would have resumed the recovery path for the first months of the year. " He adds: "Insofar as possible candidates to govern our country explicitly explain the concrete actions that will be taken, both to solve the aforementioned problems and how to tackle the pending structural reforms, the treasury process could diminish and consolidate the modest recovery observed in recent months ".

The set of "traffic lights" observed by the Government

green traffic lights: – the dollar fell 7% in the last two months – the stock exchange rose 44% in two months – It was accentuated surplus of the trade balance – Consumer confidence: The measurement of Universidad Di Tella rose 11.2% in June.

yellow traffic lights: – The inflation It would continue to decline and accentuate the trend in June, which could go up 2.6% according to projecting consultant Elypsis – Country Risk: It continues high (829) points decreased significantly from 1013 reached on June 3 – La economic activity (EMAE) grew 0.8% in April

red traffic lights: Occupation: unemployment It was already installed above 10%; consumption: Continue without rising; salaries: They lost more than 12% in 2018 and accumulated a loss of purchasing power of almost 3% compared to 2019. Interest rate: The BCRA is willing to keep them high, as a key tool for prolonging the exchange rate.