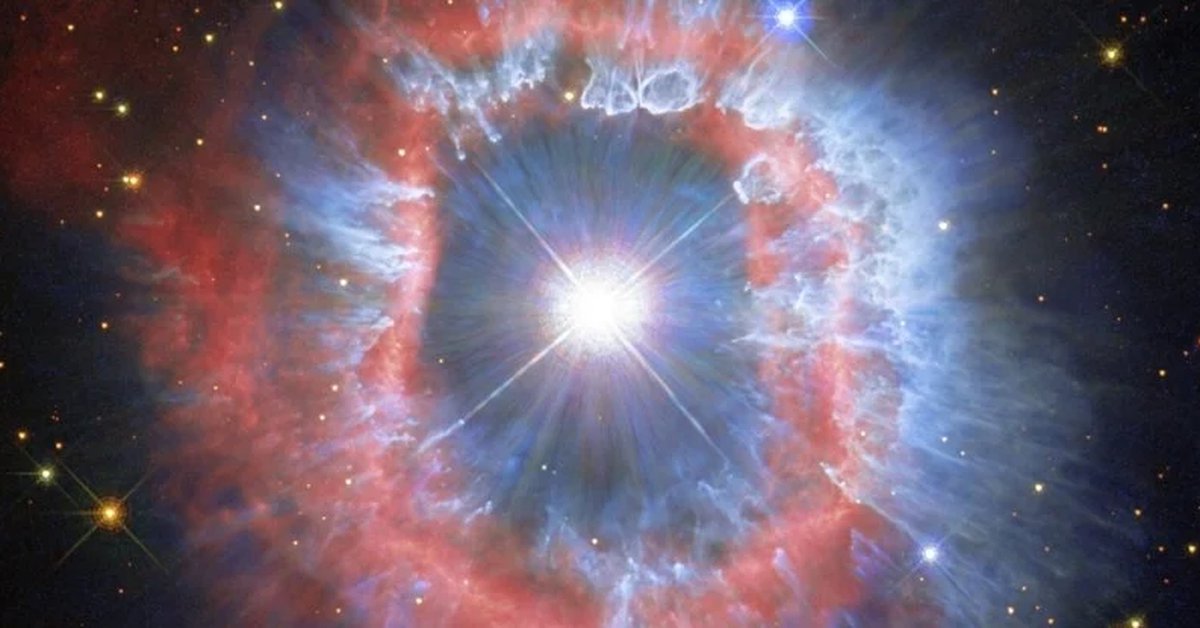 The Hubble Space Telescope captured the moment a monster star died, one of the most beautiful spectacles in the universe.

When a monster star, or a massive one, dies, they expel colossal amounts of material into the space around them, sculpted by explosive shock waves and stellar winds, illuminated by the star’s own light. This is what is happening to AG Carinae, a dying massive star 15,000 light-years away, shown in new Hubble images.

In fact, the frogs of AG Carinae are wilder than most, what astrologers classify as a bright blue variable star, which are some of the brightest and most monstrous stars in the galaxy.

These extremely rare stars burn hot and bright (blue), and their life expectancy is much shorter than that of others, only a few million years.

AG Carinae, which records approximately 55 to 70 times the mass of the Sun, is a few million years old and unstable. Its brightness fluctuates quite significantly, due to conflicting forces: The radiation pressure that pushes outward and the gravity that wants to collapse the star inward.

At the end of a star’s life, when it begins to run out of fuel to fuse into hydrogen, the radiation pressure begins to decrease. This causes the star to contract, and the material heats up as it approaches the stellar core.

This warming then causes the star to erupt, expelling material outward. For AG Carinae, the layer of material around it, which appears in these images as an iris around a pupil, is the product of such an eruption, which took place about 10,000 years ago and which contains about 15 solar masses of material.

In the Hubble images, the colors represent types of material. The red color represents the ionized gas expelled from the star, predominantly hydrogen and nitrogen. The blue color is the dust around the star, illuminated by the star’s own light.

It is believed that the shapes and cavities in the dust were cut by the powerful wind of the star, which blows at speeds of up to a million kilometers per hour.

These extremely rare stars burn hot and bright (blue), and their life expectancy is much shorter than that of others, only a few million years. ESA / Hubble

This wind blows faster than the gas nebula expands, about 250,000 miles per hour; when the wind comes, it hits the gas, pushing it out and clearing a cavity around the star. The stellar wind also cuts the bubbles and filaments that are seen in the dust.

AG Carinae is still unstable, and is likely to eventually run out of so much hydrogen through repeated bursts that it becomes a Wolf-Rayet star; this process is already underway. Once this evolutionary stage of the star’s life runs out of fuel, AG Carinae will probably end its main sequence days in a supernova.

During this process, astronomers believe that the nucleus will collapse, leaving behind one of the most enigmatic objects in the Universe, a black hole.

NASA’s Perseverance rover took selfies on Mars
Science.-Hubble observes a rare celestial phenomenon
NASA will say goodbye to the famous Hubble telescope, and it is ready to be replaced