The tense crossing between Luis Barrionuevo and journalist Laura Di Marco: "Do you know how many things have you said to me?" 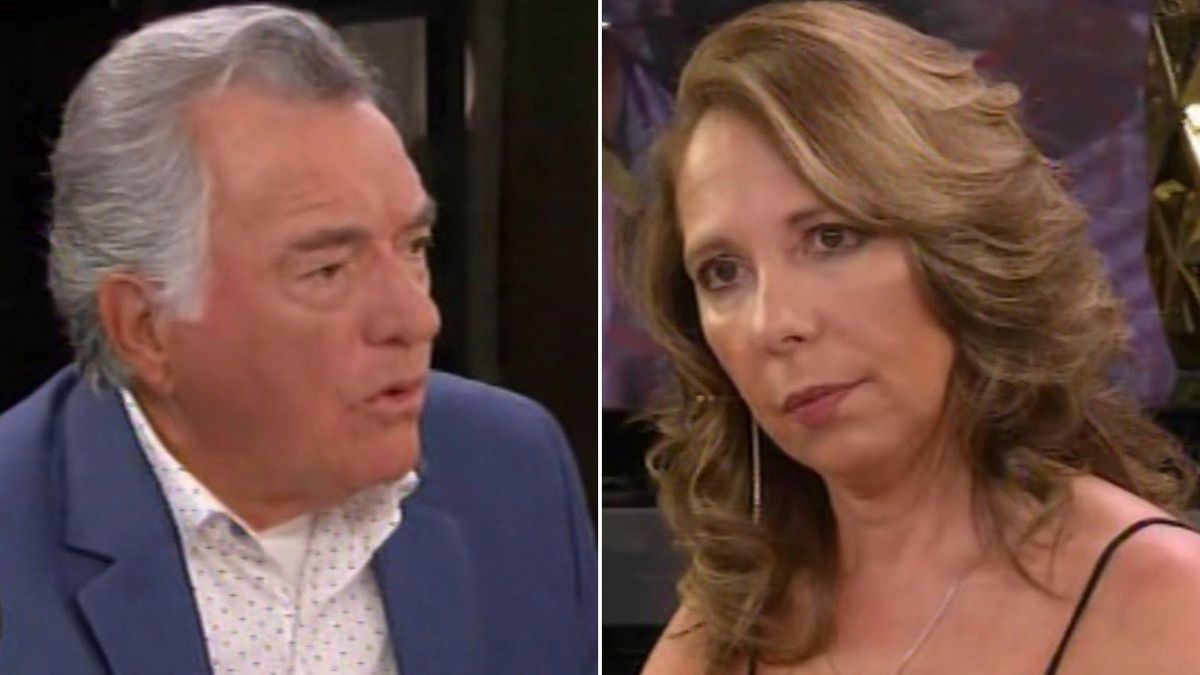 The gastronomic trade unionist Luis Barrionuevo and the journalist Laura Di Marco They starred in a brief but tense discussion about the transparency with which the Argentine trade unionism manages its funds.

At the table of Mirtha Legrand, the historic Peronist leader defended the decree of President Mauricio Macri to enable the extinction of the domain to recover the assets from corruption. But the journalist quickly pointed out that a sector of Peronism, headed by Miguel Angel Pichetto, initially "did not support the measure in Congress," and then argued that it should only be applicable when the sentences are firm, something that usually takes several years the Argentine Justice.

"Here they are trying to protect Peronism," Di Marco said. For his part, the gastronomic asked him not to "categorize" a single political sector.

Immediately, the author of the unauthorized biography of Cristina Kirchner insisted on the "corporate" behavior of the perosum and questioned him when former President Raul Alfonsi'n tried to approve a law to "democratize" the unions "he almost took it away".

"No, that law lost in Congress. In Congress, the numbers are earned," Barrionuevo replied, something annoying. "The Peronism did not want to democratize itself"The journalist persecuted and then added that the unions did not give accounts of the money they are handling and even used to finance political campaigns.

"I have permanent audits in the union and in the social work," the holder of UTHGRA defended.

However, the exchange became more tense when Di Marco claimed that it was not true that unions were transparent. "You know it's not like that," he reproached.

"You are trying me as a liar"It was the response of the trade unionist, who angrily questioned him" not being informed. "And he added, visibly irritated:" You are a liar, you are missing the truth. "

"Did you never have accusations in the '90 for having companies that provided the PAMI?"said Di Marco.

Barrionuevo said that "never" had a company. "There are many journalists who send media owners to beat Fulano and give Sultano," the unionist accused. And he added: "I say it with knowledge of cause".

Di Marco said that no one "commanded" to criticize him: "That is the verse that you have to disqualify journalism, Luis"He also said that, due to lack of control, union leaders have" overwhelming "cars and a standard of living "that has nothing to do with the workers".

At that moment, the program's conductor, who had remained silent, intervened to add to the question: "There are many who have made fortunes; It's not good that a trade unionist gets rich, it's wrong".

Finally, Di Marco said that "many people say" what Barrionuevo is going to fund the campaign of Roberto Lavagna.

"There it is: 'They say'. Do you know how many things I was told of you? Why does he attack me without fundamentals?", it was Barrionuevo's final response before Mirtha gave the" overcome "debate.