They find life in the deepest and most unexplored lake of the Antarctic – 2019.01.18 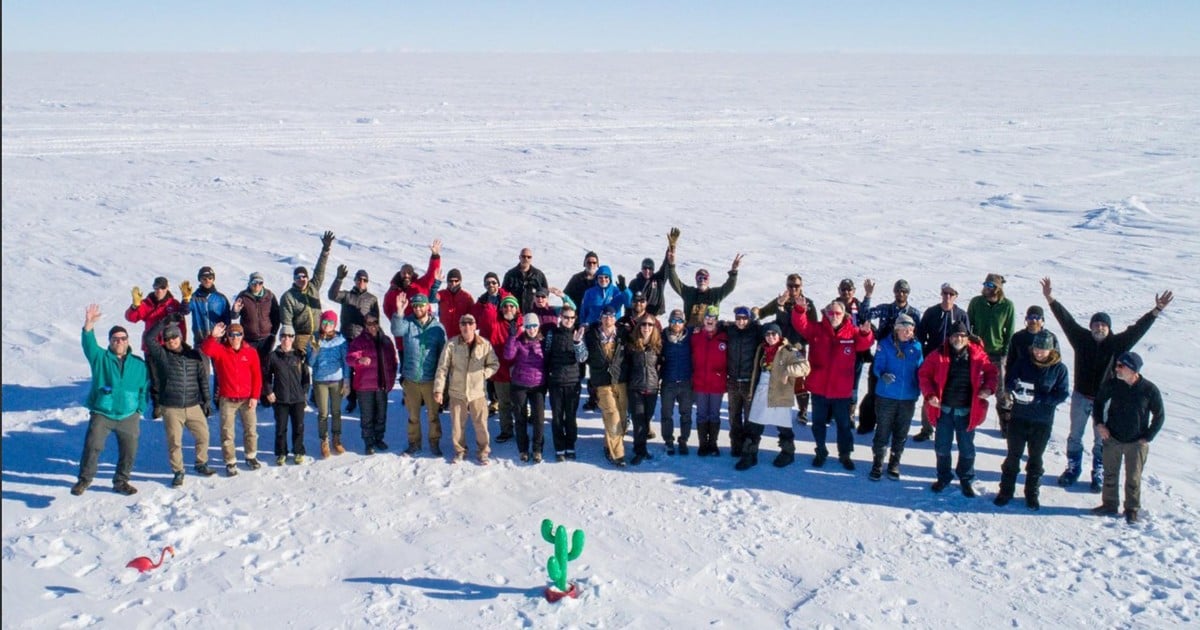 Mercer Lake tends to experience temperatures that go down more than 0 °, but it does not freeze. It is that this large area of ​​subglacial water – equal to three times the surface of Jujuy – receives an intense pressure from the ice layer that covers it and keeps it isolated from the rest of the world more than 100,000 years ago. On this site, a team of experts just found different ways of life. It is a scientific fact that practically does not record antecedents.

The descent to the depths of this lake was planned for years. The operation cost 5.2 million dollars and was made by the US SALSA organization (in Spanish, Scientific Access to the Subglacial Lakes of the Antarctic) with the support of the National Foundation of Science of the United States.

Experts believed they were going to discover only single-cell microbes. However, his effort gave surprising results: against all prognosis, they encountered 10,000 cells of bacteria per milliliter of water. And until there were remains of crustaceans, tardigrads or bears of water, known to resist extreme temperatures and high pressures, some plants and fungi.

The Antarctic encloses more than 400 lakes hidden under its whiteness. Mercer is the second to be addressed by humans directly and is part of a constellation of nine lakes in the western sector of the continent, discovered satellite in 2006.

Its waters are sweet, although possibly, it makes millions of years, it had contact with the sea. The conditions are so inhospitable, that They look like that of the subglacial oceans of Mars and the moons of Jupiter or Saturn. For this reason, exploring this virgin corner of our planet can give clues to the biosphere elsewhere in the galaxy.

Antarctica, They find life in the deep of Lake Mercer. PHOTO SALSA EXPEDITION

On December 26, the exploration finally left the McCurdo base in the United States. A caravan of excavators, tractors and containers installed on sleds crossed the 1,046 km, to settle in a camp 600 km from the South Pole.

Fifty people -including those who had scientists, mountaineers, military and drills- were part of this unique trip. Crew crew traveled by air and landed on tracks built by excavators. The journey lasted for weeks, so it was necessary to have a heating system, bathrooms and kitchen, where you could even cook bread. "It's the dream of a scientist, every day is a party and every meal a banquet," says a microbiologist at the University of Montana, who was there.

Antarctica, They find life in the deep of Lake Mercer. PHOTO SALSA EXPEDITION

A vehicle with radar – to avoid cracks – guided the entourage. On December 27, the expedition reached the surface of the lake. They had to take many precautions not to contaminate the environment and they used a robot capable of taking pictures and extracting samples. In total, 500 tons of equipment were used to drill the 1,068 meters and 28,000 kilograms of ice that protect Mercer.

According to scholars, the collected organisms would have inhabited lakes and streams in the mountains of the Antarctic during warm periods in which glaciers retreated, probably during the last 10,000 or 120,000 years. When the weather cooled again, later, the ice probably swallowed this oasis of life again.

The consequences of the finding are enormous. On one side, it allows you to know more about the Antarctic hydrological system and, therefore, the historical movement of glaciers. In turn, it gives clues about the future effects of global warming. But this is not all. According to John Priscu, no campaign scientist, "he could open the door to find out about the indispensable requirements for life, beyond our world. For example, on the planet red or under the ice of the Saturn moons, which have so different environments. "

Still it remains for scientists to study the DNA sequences of creatures and produce the material with carbon. What is certain is that research on Lake Mercer opened a door to learn more about the Earth and the planets around us.