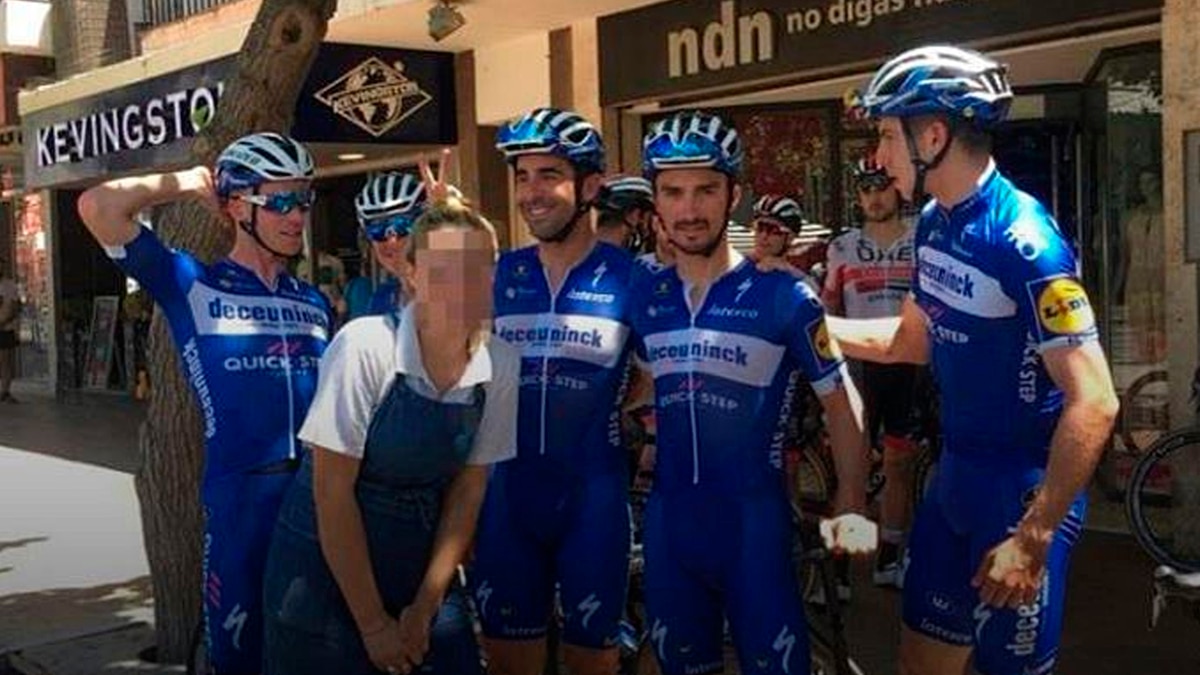 A Belgian cyclist who participates in the Tour of San Juan He was sentenced to pay a fine of 3,000 pesos to besiege and offend a waitress In the Sanjuan capital, when with his colleagues he took a picture with her by supporting his body from behind. Besides, the government of San Juan asked the cyclist's team that sanctions it so "exemplifying".

Iljo Keisse, 36 years old, paid the fine imposed by a Judge of i apologized publicly. The athlete participates with his team of the international competition "Return to San Juan", which on Tuesday enjoyed his third day.

"I did a stupid gesture, but I did not touch it," said the athlete that in the morning on Tuesday he recognized in front of the judge of Enrique T Mattar Having "committed an irresistible attitude", Therefore, the judge sanctioned "with the maximum penalty planned for offense against public morals," he said.

The worker denounced the athlete when he saw the image hours later, as he said that at the time he had noticed what he had done.

The captain of the Deceuninck-Quick Step team, who made an obscene gesture towards the young woman while they put for a photo- could have more consequences for his attitudeSince the provincial government asked for a sports sanction. As reported this afternoon, the Secretary of Sports of San Juan, Who is the co-organizer of cycling competition, He asked the team in writing Deceuninck Quick Step an "exemplifying" sanction with his captain.

Through a statement, the state body stated that "we have asked the team to take the corresponding disciplinary action with the cyclist involved in the unfortunate fact and that this sanction be exemplifying ".