They returned to flatten the house of the son of one of the missing Israeli tourists: there were 10 animal corpses – 2019.01.19 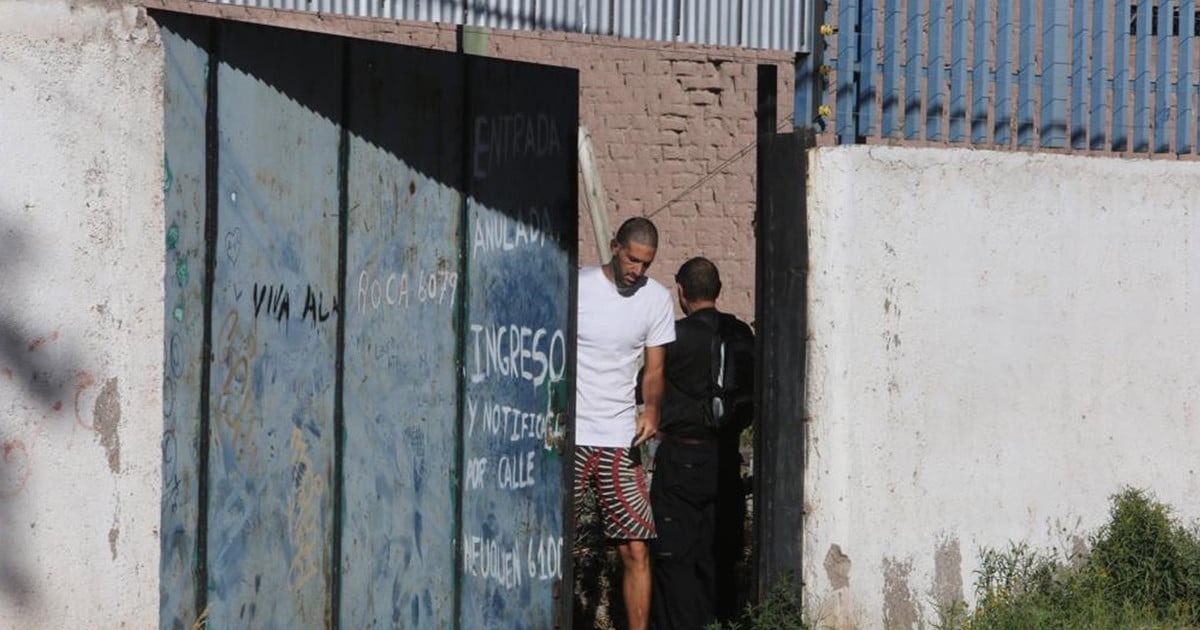 Nicolás Gil Pereg continues to look at the Mendocino researchers for the disappearance of his mother, Pyrhia Sarusi (63), and his aunt Lily Pereg (54), the Israelis who were last seen last Saturday 12 January.

While the 36-year-old man, exiled from the Israeli army, faced this Saturday again in the media and accused his neighbors for insecurity, a testimonial that goes Enter the property located on Calle Roca de Guaymallén (Gran Mendoza) next to police officers who made another violation describe the bad conditions of the site.

At 9 it began began a new operation that culminated near noon, without great news. Women still do not appear and the research, which was aimed at Gil Pereg at the beginning, does not show important advances.

The testimony that was in the property confirmed that the space where the son of Sarusi inhabits is "all fluffy" and confirmed that in the interior of the housing "it was seen that there was cat poop". "He lived here with cats," he added. This situation of indigence called the attention of the researchers, since in the first violation of the property they found some 3 million pesos (Between dollars and euros), in addition to several registered weapons.

Firefighters enter with shovels to the home. (Delfo Rodriguez)

This testimony also affirmed that he saw at least 10 bodies of dead animals, Among dogs and cats, and a large number of live animals. "Big and small, dogs also tied, very thin," he stressed. According to newspaper publica the sunHe clarified that although excavations were registered "there was nothing". And added that along with Pereg there was a person who communicates with him "in the same language."

Who also approached the site was attorney Oscar Mellado, president of the Association for Recovery for Animal Life. "I found between 15 and 20 cats, five dogs bound. We reached an agreement between the association, the police and Gil Pereg to guard the animals. At first, the subject got angry. It's difficult to deal with, "he told local media.

Gil Pereg reported Wednesday the disappearance of his mother and her aunt. He then declared before the Homicidal Attorney, Claudia Rius, who ordered the home-based violations that took place since Thursday. Anyway, the man has not been charged and continues as a witness in the caseSince it was the last person to see women who have not heard anything since last Saturday, when they allegedly left the house of Gil Pereg to take a group and return to department that they hired the provincial capital.

In these operations the Police kidnapped several elements, including some bloodstained pieces that will be analyzed to determine if they are human or animal.

This Saturday the young man reiterated that he does not know what happened with his relatives and said he did not leave his home for fear of insecurity. "To me I've been stealing 50 times. They are Bolivians who are here in the area around the corner and the police do nothing. I can not leave the house, because if I go I'm going to steal, "he said, pointing directly to some neighbors in the area.

He also asked the media that "please post the photo of my mother and my aunt, help them find them." And he said he had a large number of weapons in his power because "if I had not killed some time ago."

Sarusi and his son created in the last years five commercial companies of services of construction, import and export, all located in Guaymallén. According to official records of the Central Bank, Pereg Saieg has had financial problems for checks rejected for 9 million pesos.

Families of women and consular authorities of Israel traveled to Mendoza to internalize themselves with the investigation. And according to Gil Pereg, they are not in agreement with the work of the Police and the prosecutor's office.