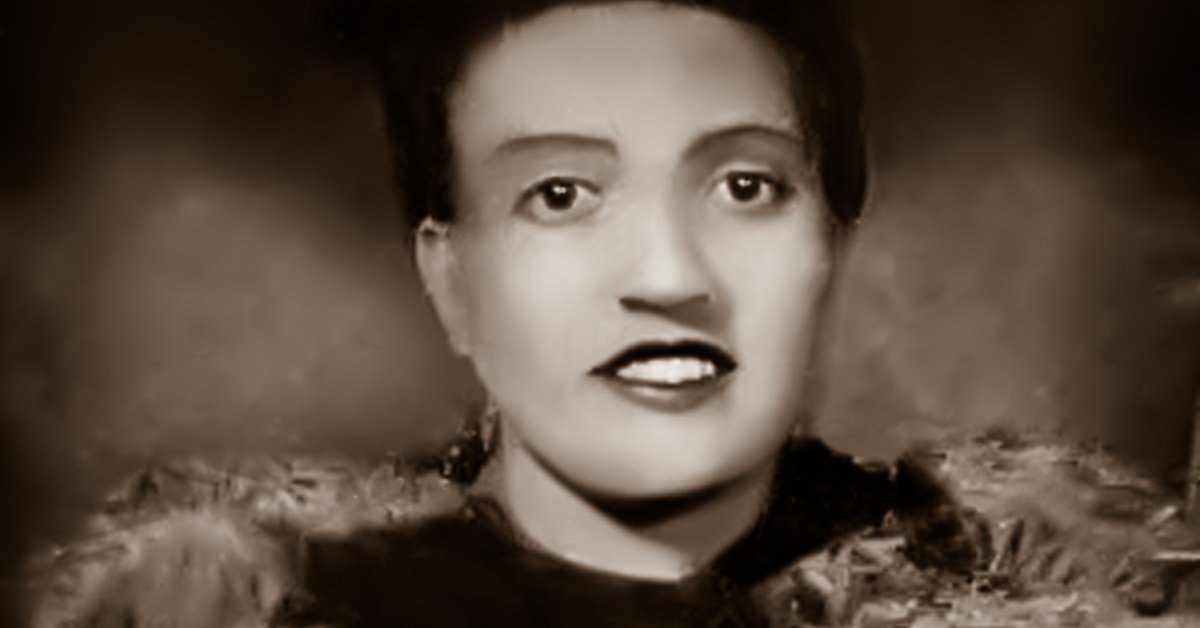 Henrietta Lacks was living with her husband and five children near Baltimore when she was diagnosed with cervical cancer, a disease that caused her death on October 4, 1951, when she was only 31 (The Lacks Family via AP).

The World Health Organization (WHO) today posthumously awarded its main decoration to the African-American Henrietta Lacks, died of cervical cancer 70 years ago and the cells were key to the research of dozens of diseases, including COVID-19.

the WHO Director-General Award was awarded today by the person who currently holds this position, Tedros Adhanom Ghebreyesus, to Lawrence Lacks, son of Henrietta who is now 87 years old, in a ceremony in which her grandchildren and great-grandchildren were also present. involuntary benefactor of humanity.

Henrietta Lacks was living with her husband and five children near Baltimore (eastern US) when she was diagnosed with cervical cancer. at the famous local Johns Hopkins Medical Center, an illness that caused his death on October 4, 1951, when he was only 31 years old.

Without their knowledge or consent, doctors kept samples of the woman’s biopsies and with them created the first “immortal” line of cells for experimentation., Called HeLa for the initial syllables of the patient.

These HeLa cells they have reproduced massively artificially in the last seven decades, and it is estimated that some 50 million metric tons of this biological material has been used in 75,000 scientific studies worldwide.

With them they have succeeded huge advances, such as polio and papillomavirus vaccines, as well as treatments for various cancers, HIV / AIDS, hemophilia or Parkinson’s.

The WHO Director-General Award was presented today by Tedros Adhanom Ghebreyesus, who currently holds this position (Photo: REUTERS / Denis Balibouse)

The WHO has lamented today that all this was done without the Lacks family knowingly of Henrietta’s contribution to science since for a long time this history and even the ethnicity of the patient was hidden.

“Henrietta would have been happy to know that her suffering saved others, but the end does not justify the means, they should have asked her permission. With the Lacks Award, the WHO recognizes the importance of admitting past scientific injustices, and the need to advance racial equality in health and science“Tedros stressed at the ceremony.

The Geneva-based organization also stressed that women of color suffer from cervical cancer to a greater extent, and 19 of the 20 countries with the highest rates of this disease are in Africa.

In 2020, coinciding with the centenary of the birth of Henrietta Lacks, the WHO launched a campaign aimed at eliminating cervical cancer, the first time the UN agency has set out to eradicate it globally.

“They have been using their cells for 70 years and the Lacks family has not received anything in return for this theft,” said her granddaughter Kimberly Lacks at a press conference in July before announcing her intention to file a complaint against the pharmaceutical groups that took advantage of the samples.

“They treated her like a lab rat, as if she were not human, that she had no family“, He continued, demanding “Justice for this racist and unethical treatment.”

HeLa cells allowed laboratories around the world to develop vaccines; cancer treatments; and certain cloning techniques, an industry that generates billions of dollars.

Henrietta and her husband David Lacks (The Lacks Family via AP)

The Henrietta Lacks family did not know anything about these advances until the 1970s and the scope really understood only thanks to the ‘ work by Rebecca Skloot, author in 2010 of the bestseller The immortal life of Henrietta Lacks.

“The Lacks family has been exploited for too long, but it’s over“, Said his grandson Alfred Carter, announcing that he had chosen to be represented in court by the famous civil rights lawyer Ben Crump. “The lives of blacks must be valued in the United States”, He said.

His colleague Christopher Seeger stated that the complaint would reach “all those who benefited from the use of HeLa cells and that they did not reach an agreement with the family to compensate them. “

Ellen Wright Clayton, a professor at the Center for Biomedical Ethics and Society at Vanderbilt University, told the agency AFP that probably it will be difficult for the Lacks family to “get compensation” in the courts, which have so far been “very reluctant to grant humans some control over their biological samples”.

But “this will open up an interesting debate,” he predicts: “The tension (will focus) between the common desire to promote research and the right of individuals to control their personal data, in a society in which such control is increasingly limited “

The complaint was filed on October 8, on the 70th anniversary of the controversial cell extraction.

(With information from EFE and AFP)

Henrietta Lacks, the woman who saved millions of lives with her death
Henrietta Lacks’ family, the cells are extraordinary, demands justice