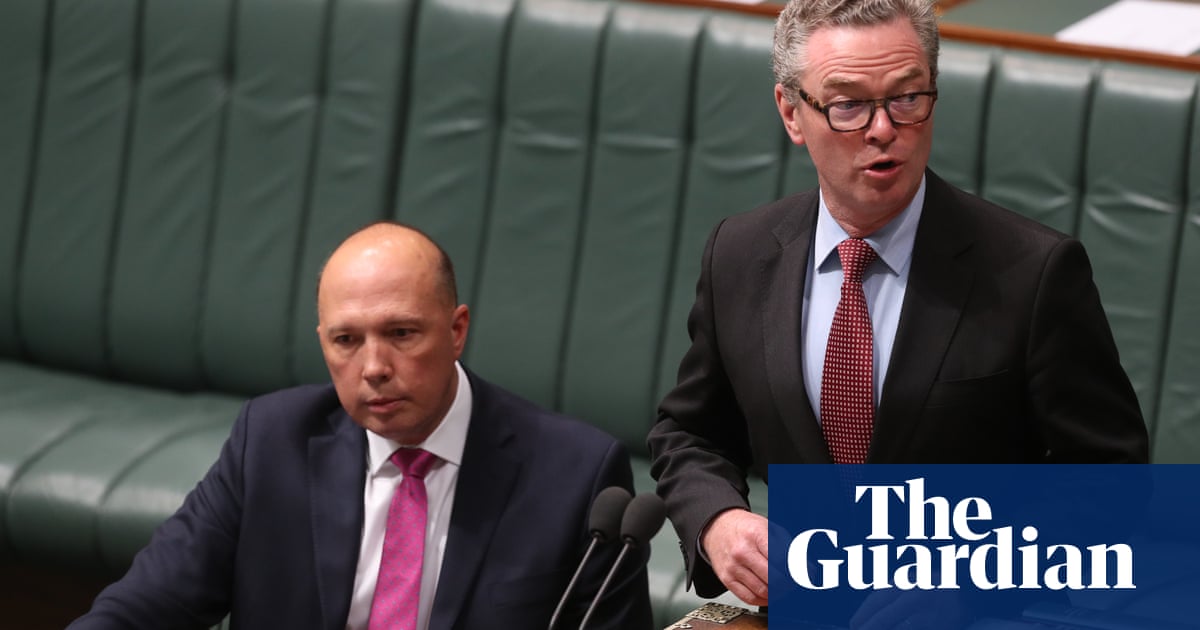 Malcolm Turnbull planned to apply legislation that would give effect to the national energy guarantee to face the opposition of conservative dissidents in the Coalition party room, but withdrew after Peter Dutton and Christopher Pyne "went" .

Fresh details about the internal fight over the destination of Turnbull's energy policy are recorded in a new book on the implosion of the liberal leadership last August by journalist and former political agent Niki Savva, Parcel Them and prayers: Demise of Malcolm Turnbull and Ascension of Scott Morrison. Be in bookstores on Monday.

The in-depth narrative of the brutal power struggle that Scott Morrison saw as the prime minister agreed coincides with the return of the deputies to Canberra for the first session of the federal parliament since the May elections.

While next week will be dominated by ceremonial events that will mark the inauguration of the 46th parliament and condolences after the death of Bob Hawke last month, the coalition will continue its tax reduction package of 158 million dollars on Tuesday with the debate of the Senate.

The Labor group will meet Monday to eliminate the internal divisions on whether the three stages of the proposal will pass. So far, Labor has declined to support the third phase, which is aimed at people with high incomes, and the Finance Minister said on Sunday that the opposition would be influenced by the orientation of the crossing.

The pre-publicity of Savova's book focused on the revelations that Turnbull faced with the Attorney General, Christian Porter, to find out if the Governor General could refuse to appoint Dutton because of doubts about the law from the minister of internal affairs to stay in parliament and the early years of Morrison's men's activity to help his candidate frustrate Dutton's offer for leadership.

But there is also a chapter that outlines the frenetic maneuver of the energy policy of the then prime minister and the then energy minister, Josh Frydenberg, a policy that served as a catalyst for the end of the Prime Minister of Turnbull, An internal fight over the proposed objective of reducing emissions for the electricity sector.

Dutton is quoted in the book dismissing politics as a "nation of noodles" and saying that Turnbull was planning to introduce legislation into parliament, although politics was resisted by a group of party conservatives who threatened to vote against.

It is said that the Interior Minister believed that Turnbull's strategy of isolating internal dissidents through the judicial procedure of supporting Labor support to the necessary legislation would only result in a disaster.

"Turnbull's plan was to bring the Neg [in parliament], "Dutton is quoted by Savva." Pyne and I went crazy. "

Dutton is quoted as saying: "Malcolm's plan with the Neg was to get the states to agree through Coag, after the states pressured Bill Shorten to support the legislation and there he thought it would happen. one side the liberal. party and nationals and work. Sitting on the other side would be Tony Abbott and the inhabitants of the bands.

"It will never happen. There were twenty people on our side who did not return to their constituencies with photos of them sitting next to Tanya Plibersek voting on a motion to support climate change.

"It would have been a complete disaster for the government. In fact, we removed the bill."

The author says Dutton's story about dissuading Turnbull was later confirmed by Pyne, the then manager of government companies. Pyne says that Dutton and Dutton convinced Turnbull not to leave the way to separate the government and not continue with the legislation until the deputies were on the same page.

Although the Coalition's party room had supported the proposal despite the persistent disagreement, which led Frydenberg to present legislation to the delegation, Pyne intervened and eliminated the legislation.

The internal crisis on the Neg continued to increase, with an adviser from Turnbull proposing a regulatory option for the objective of reducing emissions, which was later leaked, causing more internal anxiety.

During a cabinet meeting on Sunday night before the week Turnbull lost the prime minister, Pyne defended the implementation of ice policy. Pyne quotes his colleagues from the meeting: "We can continue dragging our stumbling block through the political firmament, leaving a trail behind us, or we can reduce our losses and move on."

With the government that fell into the leadership crisis that would occur over the next five days, it is said that Pyne challenged Dutton in this cabinet meeting to articulate his position on what had to happen with the energy policy.

Dutton agreed that Neg should leave effectively, a decision that was outlined by Turnbull next day.