Random virus mutations, in more ways than one 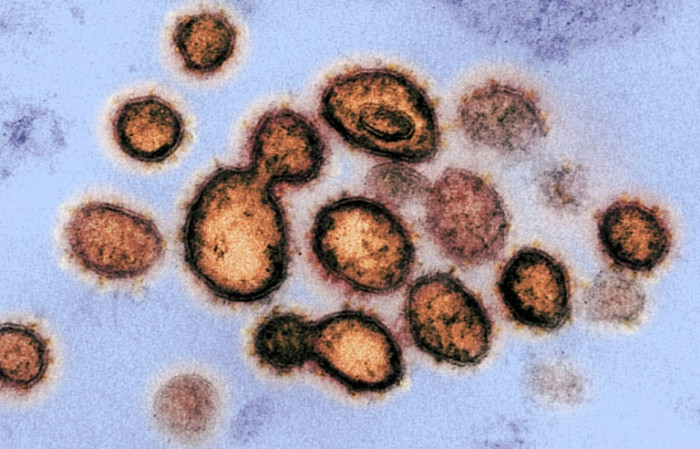 Like all viruses, SARS-CoV-2 mutates to maximize its chances of survival

PARIS – The emergence of several more infectious strains of the new SARS-CoV-2 coronavirus has worried governments and scientists who are investigating how and why the virus became more transmissible.

Like all viruses, SARS-CoV-2 mutates to maximize its chances of survival.

When replicated, small errors are introduced in its genetic coding.

Most of these are inconsequential. But some, as with the virus variants that have recently emerged in Britain, South Africa and Brazil, may give the virus a decisive new advantage.

“When we maintain a high number of cases, we are maximizing the chances of the virus getting into strange situations, which can be rare, and most of them can lead nowhere,” said Emma Hodcroft, an epidemiologist at the University of Bern.

More cases equate to more transmissions, which maximizes the chances of a significant mutation occurring, he said.

“If we keep the number of cases lower, we essentially restrict the virus’s playground.”

Wendy Barclay, a virologist at Imperial College London, said the mutations were the result of several factors.

“It’s a combination of how many viruses there are, the number of times it rolls the dice defines what happens, along with the environment the virus is currently in,” he said.

It was not unexpected that new variants would appear after a year of Covid-19 as global immunity levels increase through vaccinations and natural infections, he added.

“In South Africa and Brazil there was already a fairly high level of antibody response from people infected and recovered from the virus.”

Bjorn Meyer, a virologist at the Institut Pasteur in Paris, said each mutation was more likely to occur in a single individual, who then transmitted it to others.

He explained the possibility of a patient with a compromised immune system and therefore unable to eliminate the virus as quickly as others.

“In this patient there may be something flawed in the response so that the virus can stay for a long time,” Meyer told AFP.

Although the Covid-19 virus normally infects individuals for about ten days before being neutralized by the body, some studies have shown that some patients can carry it for several weeks or more, which maximizes the window of mutations.

“There is still a certain level of immune pressure on the virus in this patient and the virus is forced to mutate,” Meyer said.

He said a more transmissible variant would likely develop later during the pandemic, as most immunosuppressed individuals had been protected for months and so few would have been initially infected.

But as cases increase, so does the chance that the virus will infect an immunosuppressed patient (and thereby mutate significantly).

Immune problems may also have affected the virus in other ways.

The French Academy of Medicine says the South African variant “could result from more intense and prolonged viral replication in people living with HIV,” cases in which they are very prevalent.

Although the precise origins of the variants remain the subject of debate, scientists are unanimous that their effect needs careful management.

A more transmissible strain of the virus has been blamed for a wave of Covid-19 cases and deaths in Britain.

Although they are more infectious, there is currently no evidence to indicate that the new variants are more virulent than other forms of SARS-CoV-2.

“That risk can’t be ruled out,” Meyer said.

But with current health and distancing measures in place around the world, along with vaccination campaigns, the virus’s “selection pressure” is likely to affect transmissibility rather than potency, he added.

One thing is for sure: the virus will continue to mutate, which can lead to more dangerous variants.

In fact, they may already be circulating.

“And as the total number of cases continues to grow exponentially, it is not difficult to argue that more undetected variants of concern arose this winter than those that arose in the fall and are now on our radar,” he wrote. University of Washington biologist Carl Bergstrom on Twitter.