Union at loggerheads with FMG on rail car asbestos 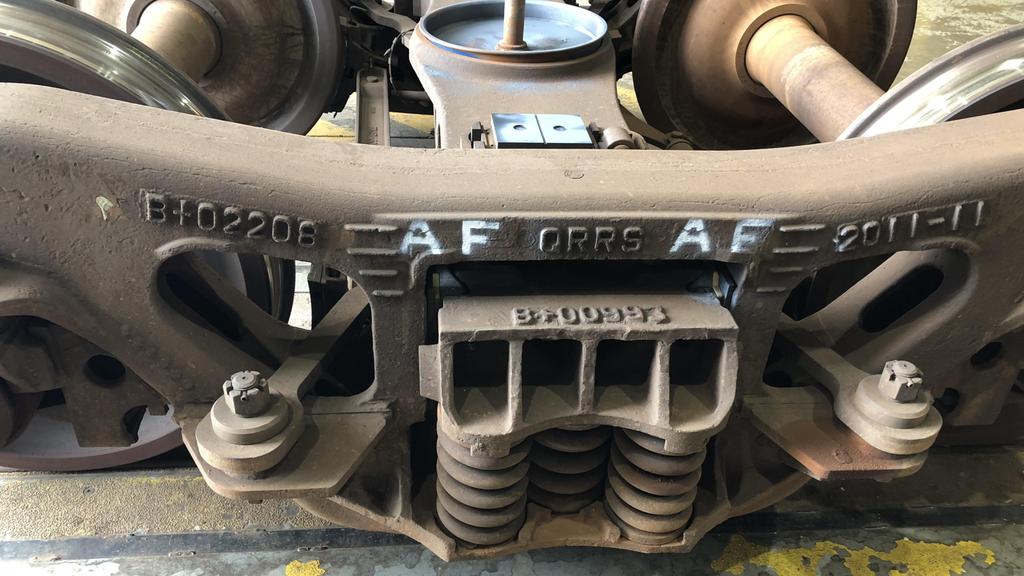 Fortescue Metals Group's removal of asbestos from about 3400 Chinese rail cars is being done without sufficient safety precautions, according to the union that represents rail maintenance workers.

In 2017 FMG discovered white asbestos in friction wear plates in the suspension systems of 3384 rail cars and reported it to the safety regulator.

WorkSafe had notified rail operators in 2013 that asbestos had been found in some friction plates.

Mr McLaren said the work had started recently and about four cars per day were being completed.

"They're only cracking on a year after the improvement notice was issued," he said.

Ms Gaines said FMG was on track to complete the work by the regulators' September 2019 deadline.

He said they were hosing themselves down at the end of a shift with a hand pumped water spray as used by gardeners.

The union-leader said he was concerned that other workers near the asbestos removal work could be exposed to deadly fibers.

He said the bunded zone to separate the work areas "is two witches hats with a bit of tape over it."

"That's not going to contain asbestos particulate matter," he said.

Ms Gaines said the work complied with the code of practice for the removal of non-friable asbestos.

Friable asbestos, that can easily crumble into dust, is the more dangerous form of the fibrous material.

Mr McLaren said his members had maintained some of the affected rail cars for a decade.

"There has been no worker surveillance or health monitoring," he said.

Ms Gaines said independent monitoring from the outset had identified an extremely low risk of exposure for employees and periodic monitoring, which would continue, had continued to strengthen this.