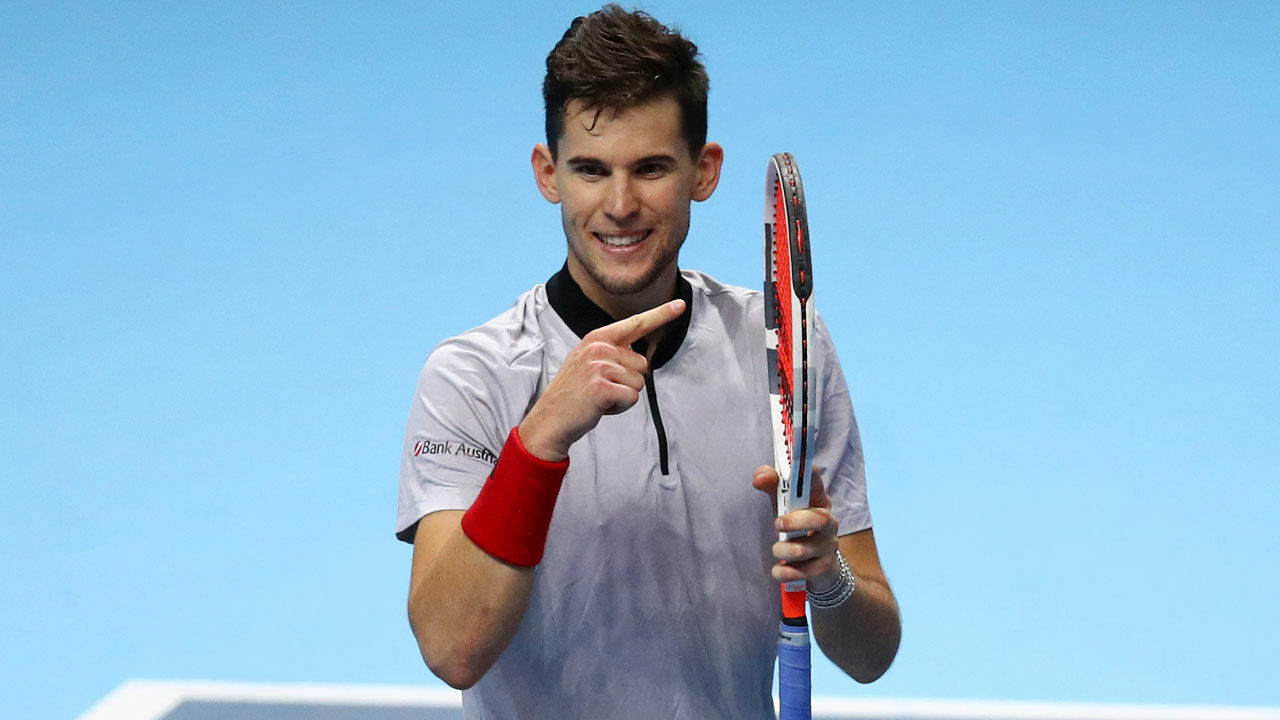 For Dominic Thiem, the tennis season ends after his premature retired at the ATP finals in London. The balance of the Lower Austrian, who is likely to finish the season as number 8, can still be proud.

With 54 victories of 20 defeats, Thiem ends his fifth full season at the ATP Tour. His first Grand Slam finale in the French Open tournament was won in Buenos Aires in Lyon and his first closed title in St. Petersburg and the final at the Masters 1000 in Madrid, the first quarter-final at the US Open and ended at the 1000 Semi Final in Paris-Bercy – This is the third time Thiem brought the masters.

"I'm happy with 2018. That was my best year so far, and I achieved the highest points in my career," Thim is finally pleased.

"I played well in the Grand Slams, the only bad thing was the Masters 1000, although the semifinals in Paris-Bercy are a little better." All this motivates him a lot to "work hard for the next year and make it even better."

There are still many goals, and the first Grand Slam title is the "ultimate goal" of Thiem. "The victory in Roland Garros is a childhood dream, and of course it would be great if a dream came true."

But Thiem does not want to commit to 2019 in that regard. "I think I have at least eight to ten years, it does not have to happen next year," he explains, adding, "but I'd be thrilled if I played better in the 1000s because I could get the highest points there."

Thiem has to work on it

The program of the eleventh winner has a bit of relaxation. It's not a long day in Maldives, but Thiem is enough. He will then have a few more days at home before continuing his hard training at Tenerife from December 1 to December 21. As the most important part of the season, Lichtenvorther called season preparation.

What will they do most about? "The most important thing for me is still service and return, especially in the hard yard, where I will work properly, these are the two things I am most concerned about," says Thiem. It's also quite normal that he lost some of his fitness level. The other points are "even more stable, even higher speeds."

In Tenerife, Thiem will join Dennis Novak, Sebastian Ofner and others. (not for three weeks) with David Goffin, Philipp Kohlschreiber and Jan-Lennard Struff. Brother Moritz is also preparing for the largest Canary island.

The 2019 tournament starts for Thiem as this year's Doha, its only preliminary tournament for the Australian Open. Then comes the home Davis Cup in Salzburg against Chile.

One year later, the ATP Cup, a revived but much larger ATP team, will be held for the first time in Australia at the beginning of the year. Thiem can win a lot, not only because of the 750 ATP points that can be won.

"It's good in Australia, it's a good thing if I can play with Dennis (Novak) or a few more Austrians, it's fun and definitely good preparation for Melbourne."

Marko Arnautović in Bosnia: "I am not even a superman"

Top of page» More on this topic COMMENT_COUNT comments