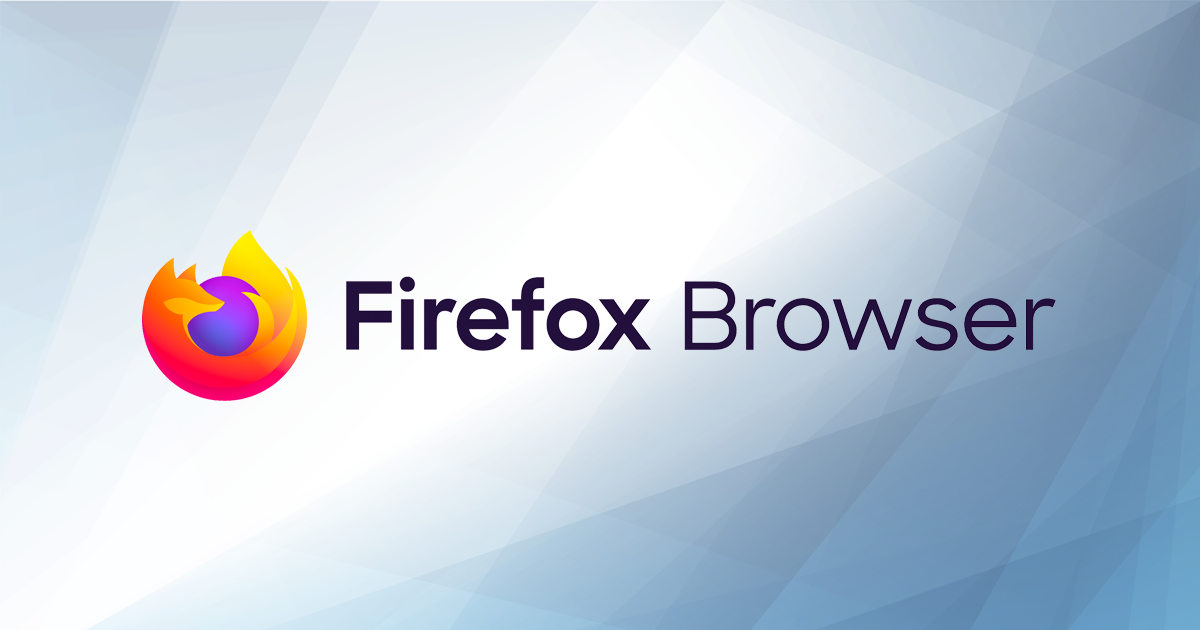 Mozilla has released Firefox 85 for Windows, Apple macOS and Linux. This article summarizes the most important new features, as always in this blog, in more detail than on other websites.

Internet users are no longer tracked using cookies alone. A wide variety of other technologies are also misused to track users through sites. To make this more difficult and further improve user privacy, Mozilla has introduced what is known as network partitioning. As a result, resources that have previously been stored in a common group will be isolated on a website in the future.

Firefox is not the first browser to deploy network partitions. Apple did this in Safari a few years ago and Google recently followed suit with Chrome. However, of all the browser manufacturers, Mozilla offers the most extensive partition system to date. Blocking so-called “super cookies” is also facilitated by network partitioning.

A new privacy enhancement is enabled for users who have selected strict protection instead of standard settings. In this case, Firefox now uses the “Level 2” list, which blocks even more crawlers.

If you enter a term in the address bar and press Ctrl + Enter, Firefox automatically uses https: // instead of http: // as the protocol.

Bookmarks are not only one of the oldest features of Firefox, but it is an area that has remained virtually unchanged in recent years. With Firefox 85, Mozilla focused heavily on improving bookmark functionality.

The changes include, among other things, that Firefox now remembers the last location used and, by default, suggests for the next bookmark an integration of “additional bookmarks” in the bookmark toolbar (the option can be turned off by the user), the bookmarks toolbar will only be displayed in new tabs or will also be displayed and hidden with the keyboard.

In November, Mozilla made several improvements to the address bar with the release of Firefox 83. This also includes the integration of additional buttons, which can only be used to search through bookmarks, history, or open tabs. Firefox has the functionality of filtering address bar results for many years, but the new integration only made it known to many users who previously didn’t know this was possible. 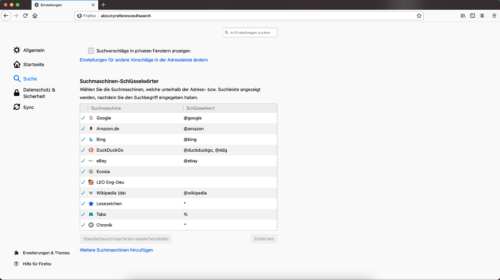 This innovation can also be disabled from Firefox 85 by configuring Firefox. This is done in the settings of the address bar in the area of ​​privacy and security. 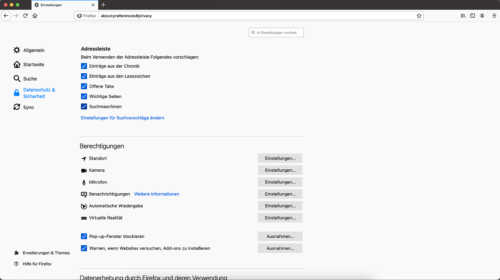 More control over the home page and the new tab

By now the full extension should have been dispensed with if the corresponding page had not been overwritten. And if you’ve installed multiple extensions that overwrite the respective page, the order in which the extension was installed will determine which extension “wins.”

Starting with Firefox 85, the user can determine which extension should be preferred for the home page or new tab, or no extension, if overwriting is just an unwanted feature of an extension. You can then continue using the standard Firefox homepage or a completely blank page without having to disable the extension. 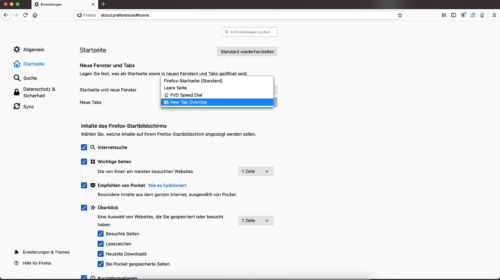 Clear all passwords at once

Until now, anyone who wanted to delete saved passwords could do this entry by entry. It became difficult to delete all access data stored at once, especially if there were many.

It is now possible to completely wipe all access data directly from Firefox. 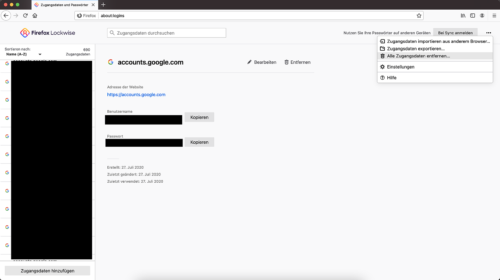 The ability to import data such as bookmarks or saved login data from other browsers is nothing new. However, some users do not have passwords stored in the browser, but in an external password manager. Firefox 85 allows you to import passwords using a CSV file. In addition to exports from Firefox and Google Chrome itself, KeePass password managers, including Forks KeePassX and KeePassXC, as well as Bitwarden are supported.

This feature is still disabled by default in Firefox 85 and can be enabled by double-clicking the signon.management.page.fileImport.enabled switch using about: config and setting it to true. The function will be available through about: logins.

Like the CSS Stylo engine introduced with Firefox 57, WebRender also comes from the next-generation Servo engine and is written in the Rust programming language. WebRender is a website content renderer, which basically works as a game engine with a larger graphics card involvement than before, but is optimized to represent web content and therefore should deliver great performance.

In recent months, WebRender has been implemented on many other systems and Firefox 85 is no exception. Mac computers with an Apple silicon chip are now also supported. After WebRender also came to Linux (Gnome / X11) for the first time in Firefox 84, Gnome / Wayland is also supported (but no XWayland). In addition, WebRender is also available on Linux systems with large screens (previously limited to small and medium screens).

The first Apple M1-based computers on Apple’s new silicon platform have been around for just over two months. Intel’s separation goes hand in hand with a change in the x86-64 processor architecture to ARM64. Firefox 84 was the first version of Firefox with native support for Apple Silicon, so no emulation needs to be done using Rosetta 2. This was immediately noticed: Firefox 84 started 2.5 times faster and, according to the point SpeedoMeter 2.0 benchmark, web applications are twice as fast as Firefox 83.

In addition to the aforementioned support for WebRender, Firefox 85 now also includes the OpenH264 codec for Apple Silicon and the hardware decoder for VP9 is also available on the corresponding devices.

Adobe Flash Player was the last remaining NPAPI add-on after other NPAPI plugins like Oracle Java or Microsoft Silverlight were no longer supported since Firefox 52. NPAPI plugins have been an important part of the web platform for many years. In recent years, however, its importance has diminished more and more. Virtually everything that previously could only be implemented using the NPAPI plugin is now natively compatible with the browser thanks to the corresponding development of web standards. Today, NPAPI connectors are considered problematic, especially from a security perspective.

For users, the update doesn’t change anything in that regard, as the Adobe Flash Player has a built-in “time bomb” and hasn’t worked in any browser since January 12th. Therefore, the end of support cannot be ignored if you change your browser or use an earlier version of Firefox.

The console’s multi-line mode has a new feature for a uniform format of the code entered.

Firefox has received support for the focus-visible pseudo-class in CSS. Of course, the “Change pseudo classes” feature of developer tools has also been expanded accordingly.

You can find detailed information about web platform enhancements in Firefox 85 at hacks.mozilla.org and in MDN web documents.

Other new features in Firefox 85

The design of the parameter selection boxes has been adapted according to the photon design guidelines.

The Microsoft Bing Standard Search Engine logo has been updated.

There were also some improvements for WebExtension developers, which can be read here.

Of course, Firefox 85 also added support for other business guidelines, as well as bug fixes and improvements under the hood.

As always, Mozilla has closed several security holes in Firefox 85. For security reasons, a Firefox 85 update is recommended for all users.