Africa Management: What is the driving force behind the increase in exchanges between Moscow and Algeria? 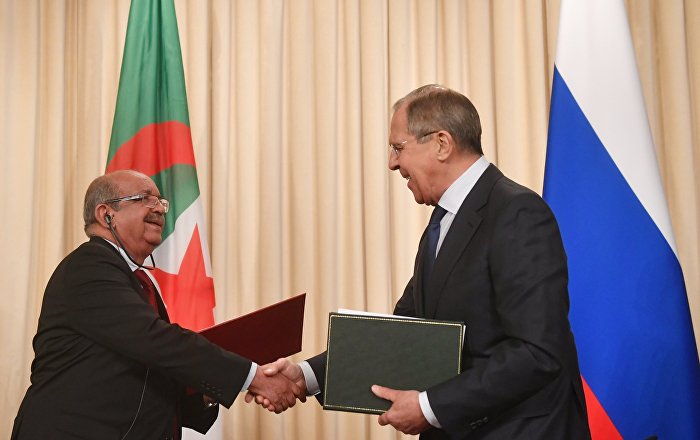 In 2018, trade between Russia and Algeria increased by 18% and exceeded $ 4,000 million, Russian Energy Minister Wednesday announced January 30 after the ninth meeting. of the Russian-Algeria Joint Intergovernmental Commission for Commercial, Economic, Scientific and Technical Cooperation.

Russian Energy Minister Novak spoke about the cooperation between Russia and Algeria in the medical, agricultural, pharmaceutical, cybernetic and metallurgical sectors at the 9th meeting of the Russian-Algeria Intergovernmental Commission for Economic, Scientific and Technical Commercial Cooperation. In this republic of the Maghreb, Russia also intends to create Lada car production and develop projects in the oil and gas sector.

"Over the past three years, our exchanges have doubled. Last year, they grew more than 18% to $ 4 billion," said the Russian minister.

In 2015, bilateral trade was about $ 1.9 billion, according to data from the Federal Customs Service of Russia (FTS).

In general, at present, Russian exports to Algeria are higher than imports from the Maghreb country. According to FTS statistics, in the first nine months of 2018, Russia handed $ 2.0 billion to Algeria and imported $ 8.2 million.

The main Russian products exported to Algeria are transport and equipment (36%), as well as metallurgical products (10%), agricultural products (6.2%) and mineral raw materials (5% ).

Algeria mainly sells agricultural products in Russia, which account for about 90% of Algerian exports between January and September 2018.

The active development of relations between Russia and Algeria began in the 1960s and, as Alexander Novak noted during the commission's plenary meeting, today the republic is one of the main economic and economic partners in Russia. the African continent.

Alexandre Novak and the Minister of Finance of Algeria, Abderrahmane Raouia, highlighted the strengthening of bilateral cooperation in investments in health, especially in the development of telemedicine, which allows consultation and follow-up of doctors online far from the health of patients.

Representatives from both countries also discussed plans to increase trade in the agricultural and pharmaceutical sector, including the increase in exports of Russian wheat and medicines in Algeria. In addition, said Alexander Novak, the two states seek to expand their partnership in the digital technology sector, as well as in cybernetic security. You must create a working group within the Intergovernmental Commission to supervise these projects.

"We talk about the possible construction of a factory to manufacture construction materials in Algeria and Russian investments in this sector, supplies of metal pipes, as well as the possibility of locating the manufacture of Russian automobiles Lada", said the Russian energy minister.

He added that Russia also wanted to sell its aircraft to Sukhoi Superjet 100 and MS-21. According to him, the Ministry of Industry and Commerce and the Unified Aeronautical Company (OAK) continue to work in this direction with Algeria and other countries in North Africa.

Alexander Novak recalled that currently, Russia and Algeria are important players in the global energy market. The main focus of bilateral cooperation is linked to the joint projects of Rosneft and Gazpromneft with the national oil company Sonatrach.

"We have discussed today in detail the possibility of a participation of Gazpromneft and Sonatrach in the exploitation of two fields of condensation of oil and gas where you have carried out geological work," said Alexandre Novak

According to the Russian minister, they are preparing commercial offers and the parties have already discussed the possibility of creating the necessary conditions for the implementation of these projects. After the plenary session, Alexandre Novak and Abderrahmane Raouia signed the final protocol of the commission.

The previous meeting of the Russian-Algeria Intergovernmental Commission for Trade, Economic, Scientific and Technical Cooperation was held in 2017. At this time, the parties discussed the cooperation in the construction, industry, health and transport sector .