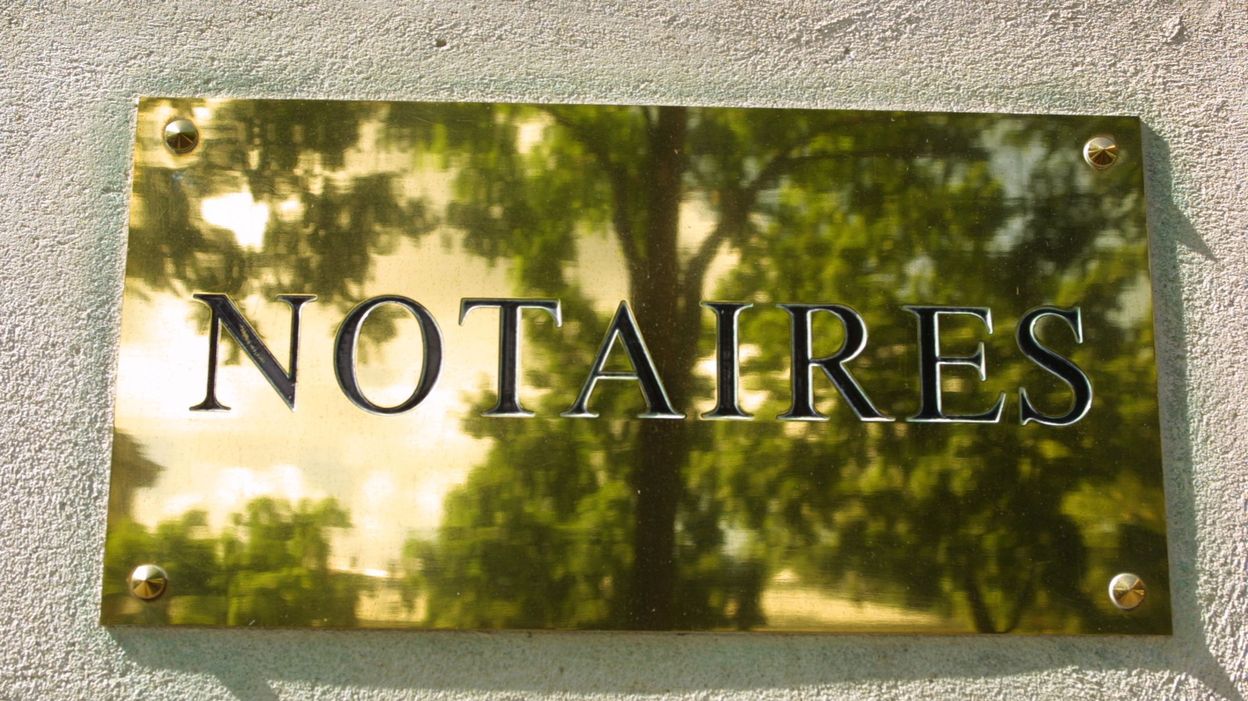 Reduce notary fees? The debate is far from new. But a study by the Price Observatory throws a famous stone at the pond. His observation, concisely and concisely: in the notarial sector, what is regulated is obsolete and what is not, lacks transparency.

Therefore, the study calls for a review of regulated fees for notaries. Although specifying that the thing will be far from easy. He is right. Because these are the – generous – margins of the sector. Deciphered.

First observation, historical. Regulated fees for notaries, established in 1950, were last revised more than 40 years ago. And they no longer correspond to the reality of the sector, “the remuneration of notarial deeds no longer corresponds to their underlying costs”, assures the Price Observatory. It needs to be dusted.

Second observation, quantified. Average rates, per notary, for their deeds of sale of residential properties, increased by 65.9% between 2000 and 2019. This is faster than rising inflation and faster than that of the health index.

According to the Price Observatory, there are two main and combined causes of this sharp increase: the increase, during the period, in real estate prices (+ 171%) and the increase in the number of transactions (+45, 7 %), which grew faster than the number of notaries (+ 31.1%).

Higher rates than anywhere else in Europe

Third observation, comparative. Does the Belgian pay more notarial fees on real estate than his neighbors? Yes. For the purchase of a house, at an average price, notary fees amount to 2.2% in Belgium, against 1.6% in France, 0.3% in Spain and 1% in Germany . Only Italy is stronger with 2.5%.

Let’s be clear from the outset: the Royal Federation of Belgian Notaries considers that these comparative amounts do not reflect the scope of the tasks actually undertaken by notaries in each country. Which is fair. But we also specify, then, and as a reminder, that in many countries there are simply no notaries.

Sweden, the Netherlands and the United Kingdom are just examples where the tasks assigned to our notaries are taken on by the administration or by the legal professions in the broadest sense.

Finally, and to finish loading the boat: the study highlights the high profitability of the notarial profession, 16% (“superior to other economically oriented intellectual professions”) and the fact that strong regulation of the sector generates a generally lower business risk for notaries than for other intellectual professions, which operate in less regulated markets.

Obsolete prices, rises and abundant margins. Once these observations are made, there is room for nuances. First of all, it doesn’t make much sense to talk only about the evolution of tariffs. The tasks of notaries have become more numerous and complex than twenty years ago.

A necessary and expensive digitization

The Price Observatory also acknowledges that the digitization of the sector in recent years has cost money. And that allows you to deal with the growing complexity of cases, which “sometimes it takes ten to fifteen times longer than twenty years ago”, lets us pass an actor in the sector.

Have rates gone up? The costs too. This is the pastor’s response to the pastor. The complexity and regionalization of administrative law, but also the additional obligations that have arisen over the years, have often forced the hiring of additional staff.

Employment in the sector has grown by 60% in 20 years

“+ 60% in twenty years”, we left without hesitation Jan Sap, the head of the Federation of Notaries. “Notary offices have seen their employment volume increase by sixty percent in the last twenty years,” which would bring the number of jobs to about 8,000 for a good 1,600 notary office. What, once again, to rate the evolution of rates or put it in perspective in a sector that has evolved significantly.

Check prices, but how?

But how to review regulated rates? It seems like everyone agrees at first. Even the Federation of Notaries claims to be favorable “to a modernization of these rates”. Unless reviewing these regulated prices will involve examining margins. And, as usual, this is where it will get stuck.

The study acknowledges that the adjustment of tariffs “is far from an easy task, as they have historically been established on the basis of a solidarity mechanism”. A what?

Solidarity mechanism. This is what notaries describe as a set of communicating ships. “Of course, real estate prices are high, but they never do more than offset the low commissions related to other acts, particularly family, which do not cover the costs borne by notaries. And what we have seen in countries where the profession notary has been liberalized, is the emergence of a two-speed system. “ Understand: Anyone who wants to reduce real estate commissions should wait for other notarial services to see their prices rise.

So cut those margins …

As for the price observatory, we reply in the margin : “with a 16% return, it is very possible to revise certain prices (in decline, editor’s note) without seeing the others (increasing, editor’s note)“. And politically?

Justice Minister Vincent Van Quickenborne says in a press release shortly after the study is published that he wants to “reduce notary fees”, while specifying this “l“The adaptation of rates has already been the subject of debates between the Minister of Justice and the notarial profession.” In fact, the discussions that are already underway become an official consultation. As for the background, nothing changes, the file will have to move on, within the limits of its complexity.