Ralli Australia: Ostberg was still in the lead after SS9, Ogier 7th place 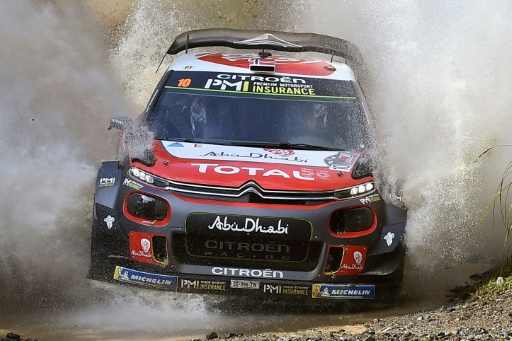 Norwegian Mads Ostberg (Citroen) continued to run Rallie d 'Australie, the 13th and last round of the VRC season on Saturday morning, after the ninth stage, ahead of Finnish Jari-Matti Latvale (Toiota) and Ireland Craig Breen (Citroen).

Ostberg was seven seconds ahead of Latvala and eight seconds 7/10 on Breen, while on the second day in the menu there were nine special stages that lasted 120km.

Four-to-ten seconds behind the leader, Neville Zeidander Haiden Paddon (Hiundai) became the eighth distinct driver who won a special result from Friday, the fastest time on the SS9.

Of the three candidates for the world title, the Estonian Ott Tanak (Toiota) is in fifth place, 17 seconds from lead, while French Sebastien Ogier (M-Sport Ford) and Belgian Thierri Neuville (Hiundai) are 7th and 10th.

If things were left, the Frenchman would win his sixth consecutive World Cup title on Sunday.

Thin has suffered a hydraulic problem on his Iaris, but he managed to start with SS9 after repairing his mechanics.

The rally will end on Sunday in the middle of the day.