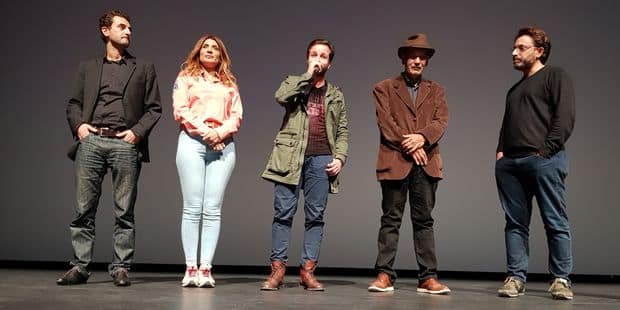 Since Wednesday in Belgian cinemas, the film "Veldi", a co-production by the Dardenne brothers, contributes to film days in Cartagena where it is sold out, the Belgian agency in Tunis noted. The 29th session of Dais Dais of Carthage (JCC) is being held from Saturday to November 10th in the heart of Tunisia's capital. Among the Belgian co-productions in running, the fiction "Veldi" in Arabic translated "My dear child" in French.

This second feature film Mohammed Ben Attia talks about the drama of a worker, a father of a very classical family, who sees his 19-year-old son evaporated in Syria.

Discovered in May during the last two weeks of the Director at Cannes, the work was selected at the FIFF International Film Festival in Namur before receiving the Grand Prix of the Mediterranean Film Festival (Arte Mare) in Bastia in October. Since then, distribution agreements have been signed, inter alia, with China and Brazil.

Like his colleague Mahmoud Ben Mahmoud, who directed Fatva, the second JCC film produced by Dardenne brothers, Mohamed Ben Attia deals with the delicate subject of religious fanaticism, but from a different angle.

"People have forced us to fantasize, when there are families that look like ours," says the young director. "This phenomenon escapes us completely, it's obvious that we are not able to understand the ins and outs, I believe that unemployment or poverty are not the only factors that can lead to such drama, as well as an emotional misery, an existential misery, in my film there is no question about the verdict."