under treatment, the virus is not transmitted 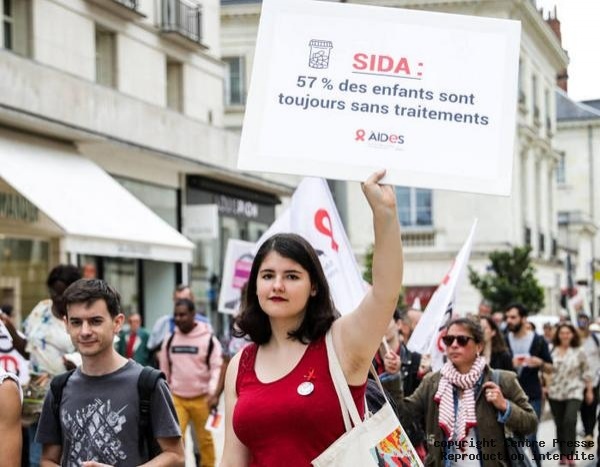 In both homosexuals and heterosexuals, unprotected sex is not an infection risk if effective treatment has made the viral load indecisible.

U = U. In English, this slogan used by many associations in the fight against AIDS means undetectable is the same as transmissiblein other words indtectable is non-transmissible gal. This is the principle that a person under treatment is no longer transmitting the virus. This principle has just been confirmed by a new study published in the scientific journal The Lancet.

In fourteen European countries, this large-scale research has followed almost eight years (from 2010 to 2017) about 1,000 couples of unprotected sex men and one of the partners is HIV-positive but with an undeniable viral load. speaks of srodiffrent partner), thanks to antiretroviral medications.

"Promote
populations
risks
to be
dpister "

As a result, no cases of HIV transmission were observed in these couples. In the eight years of the study, researchers estimate that the use of effective antiretroviral therapy has prevented approximately 472 HIV transmissions.
These findings reinforce the findings that researchers achieved in the first phase of the study, published in 2016, which includes more than 500 heterosexual couples and more than 300 homosexual couples. This first study showed that the risk of transmission of HIV among heterosexual couples was low. But then they considered that the risk of transmission of anal sex could not be ruled out for a longer period.
This time, our results provide conclusive evidence for gay men that the risk of transmission of HIV with antiretroviral therapy that suppresses the viral load is zerosays Alison Rodger, a professor at University College London, who was co-author of the study.
This new study It can help us get the message that there is no risk, especially with general practitioners, esteem Aurlien Beaucamp, president of the French association Aides.
This idea first appeared in 2008, in a report from the Swiss Federal Commission for AIDS-related problems (now CFSS), known since then Swiss statement. After a first wave of opposition, now it is part of the strategy of organizations such as UNAIDS, which aims to end the epidemic in 2030 from three pillars: 90% of infected people are aware of their HIV, 90% of them have access to antiretrovirals, and 90% of people with treatment have an undetectable viral load.
In an independent comment from the study, Myron Cohen, one of the pioneers in the research on the effectiveness of HIV treatments to reduce pollution, describes the results of Pr Rodger and his colleagues as important, but points out That the prevention strategy can not be based solely on this principle. It is not always easy for people to crawl or have access to care. In addition, fear, stigma, homophobia […] They continue to hinder the treatment of HIVsays Professor Cohen.
Among the limitations of his research, the authors point out that most of the HIV positive participants had been in antiretrovirals for several years and, therefore, had limit the data on the risk of transmission during the first months of antiretroviral therapy. The difficulty is that during the first period of infection, HIV transmission is more likely to occurThe Global Fund on AIDS points out, which for this reason insists on the importance of do more to encourage people.

> Despite advances in prevention and treatment, in 2017 there have been 1.8 million new infections around the world (compared to 3.4 million to the maximum epidemic in 1996) and about 1 million deaths or half less than in 2005.
> Since the beginning of the epidemic, 78 million people have been infected with HIV and 35 million have died.
> About 25,000 people carry the virus without knowing it in France.
> Over the world, less than two-thirds (59%) of HIV-positive people are addressing, with significant disparities between Western countries and developing countries.